The Next Generation of Scientists

For young scientists, going to the Intel International Science and Engineering Fair (Intel ISEF) feels like a trip to the Olympics. These bright kids are filled with pride at the opportunity to represent their country. Some students dress up in cultural attire and others carry signs to represent their community. The students are excited to showcase their projects and meet other people from around the world that share their passion for science and learning.

At the Intel ISEF fair this May, close to 1,800 high school students from more than 75 countries traveled to Pittsburgh to showcase their projects and compete for prizes.

USAID attends as a Special Award Organization to recognize students with innovative projects that could advance USAID’s ability to meet current and future development challenges. Over the last five years, USAID has provided honorable mention and monetary awards to 61 students.

USAID recognized 12 winning projects at Intel ISEF 2018 across four categories. The first place winners of the Science for Development Award in these four categories include: 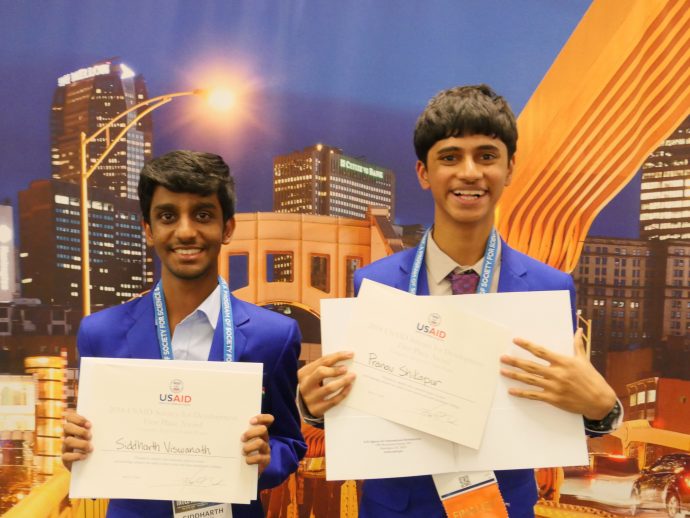 Siddharth Viswanath and Pranav Shikarpur, both from India, won First Place in USAID’s Science for Development Award in the category of Access to Clean Water. Photo Credit: Sara Cardelle, USAID

Pranav and Siddharth’s inspiration for their project came from Bangalore’s historical nickname, the “city of lakes.” In the 1960s, Bangalore had 262 bodies of water, but that number has dwindled to 81 today, and only 34 are recognized as live lakes due in part to pollution and untreated sewage that has been dumped in the lakes. Pranav and Siddharth built a portable self-propelled flotation device, called FloBot, to monitor the pollution levels of lakes in real time. The device transmits GPS-tagged pH and dissolved oxygen data virtually to a phone, creating a heatmap of pollution levels. The FloBot is cheaper and more portable than commercial devices, and provides data for the community to see the status of their lakes. Pranav and Siddharth used FloBot to figure out that low dissolved oxygen, as a result of illegal sewage dumping, was killing fish in their local lake. The team has tested the device in eight of Bangalore’s lakes and is working to improve their design and partner with more communities in the future. 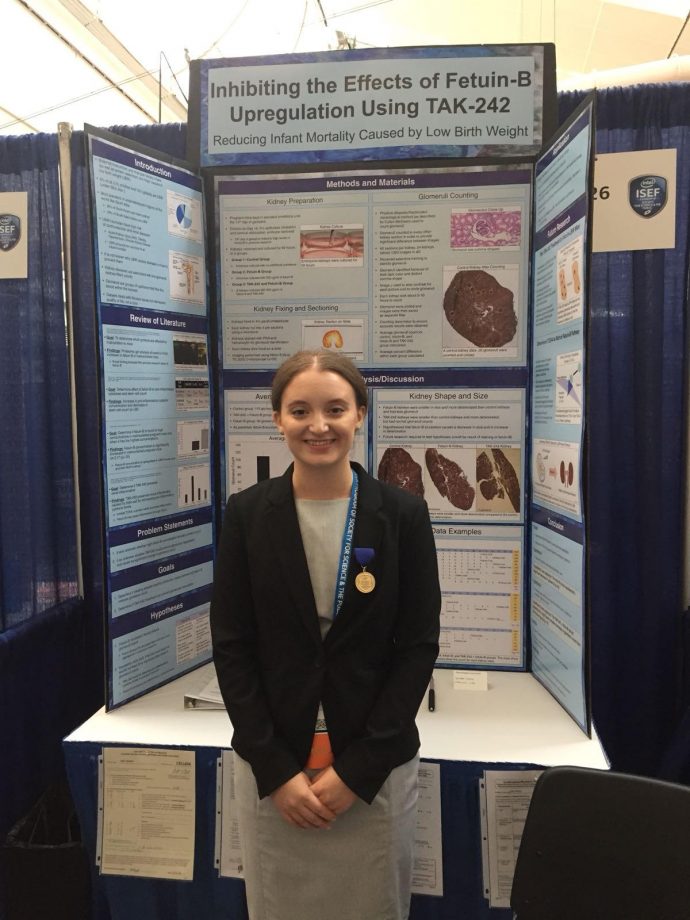 Inspired by the fact that roughly 80 percent of patients waiting for an organ transplant are in need of a kidney, Eden wanted to address kidney damage and regeneration in mothers and babies. Studies show that malnourishment of a mother can lead to low birth weight babies, and low birth weight is linked to long-term kidney damage in the baby. Eden tested the ability of a protein called TAK-242 to reverse the effects low birth weight in the kidneys of mice. She found that TAK-242 can reduce kidney damage significantly. This protein is already an active ingredient in a drug being used to treat sepsis, which brings its potential market realization one step closer to reality. Eden hopes that her research can progress to the development of a treatment intervention that can be given to malnourished pregnant mothers to help prevent future kidney damage to their babies. 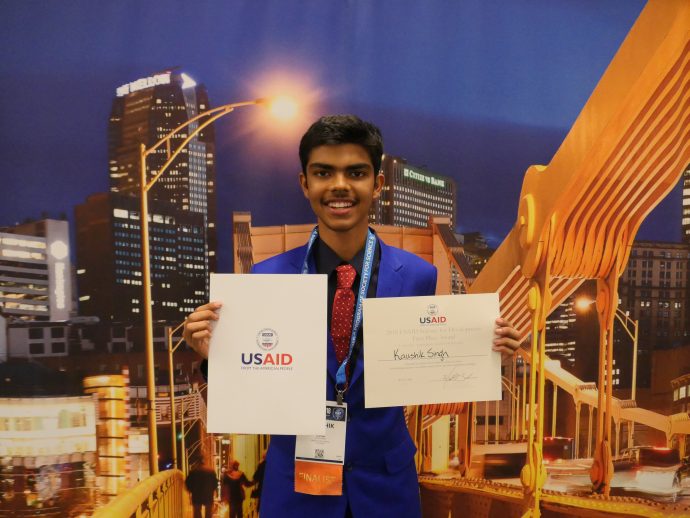 In India, approximately 35 percent of crops are lost due to plant disease, making it a major problem for the environment and economy. Farmers often rely on pesticides, increasing their exposure to toxic chemicals and driving a rising mortality rate among farmers related to improper pesticide use. Kaushik created the “Plant Doctor,” a mobile app offering real-time diagnosis and solutions for 60 plant diseases. The app compares a picture uploaded by the farmer to a neural network trained on pictures of many plant diseases, and has an accuracy rate of around 95 percent. If the app cannot identify the disease, the image is sent to a local agricultural extension specialist to diagnose the plant remotely. Kaushik hopes that the Plant Doctor can help farmers by easily diagnosing plant diseases and improve livelihoods. 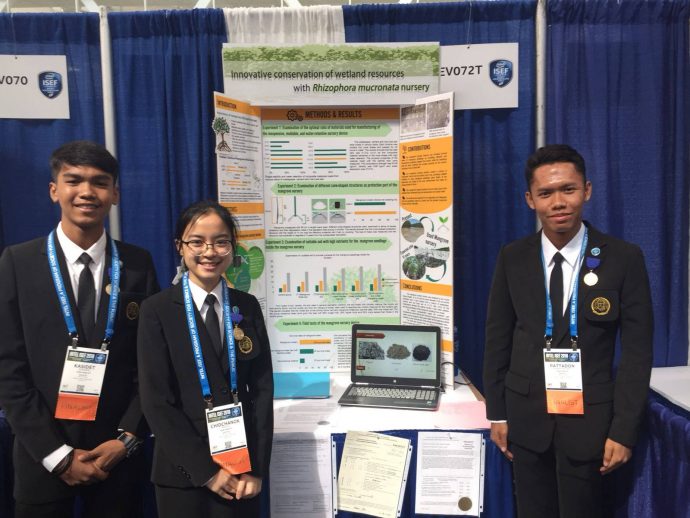 Mangrove forests are extremely valuable resources in coastal regions in Thailand and beyond; the root systems of these trees stabilize the coastline and promote biodiversity, and can mitigate the destruction caused by a typhoon or tsunami. This team volunteers each year to replant mangrove seedlings. After replanting in the same area multiple years in a row, they decided to find a longer-term solution. They designed a cone structure to install during planting, providing the nutrients and protection a seedling needs to grow to a size that can withstand the force of waves. Each cone costs only 50 cents to construct, and will biodegrade by the time the mangrove is strong enough to grow on its own.

The world has pressing challenges that require rigorous scientific efforts, and you can bet that these young scientists are up for the challenge.

« Communities on the Road to Recovery and Healing In Post-Ebola Sierra Leone
In Belarus, Women Lead the Way »
Categories: USAID