Witnessing Hope and Health for Kenyan Orphans and Vulnerable Children

Among its many features, COGRI’s sister facility, Nyumbani, includes a playground for children who are at risk, or vulnerable to, HIV.

We were late. Very late. Morning meetings ran over, office tasks required urgent attention and Nairobi’s infamous traffic led to a delayed arrival at the nondescript metal gate outside the clinic in Kawangware, an informal settlement in need of social amenities.

As we hastened our pace to the small administration office, the staff graciously ignored our tardiness and warmly welcomed us to the Lea Toto Clinic operated by the Children of God Relief Institute (COGRI), a non-profit organization dedicated to caring for children and adolescents who have been orphaned from, or are vulnerable to, HIV, and who live in six of Nairobi’s poorest informal settlements. Lea Toto means “to bring up the child” in Kiswahili.

Upon arrival, our hosts handed us a summary on the history of Lea Toto and the Kawangware facility’s impressive pediatric and adolescent accomplishments supported by USAID through the U.S. President’s Emergency Plan for AIDS Relief, or PEPFAR.

Soon an elderly and vivacious Irish nun walked in and quickly introduced herself as Sister Mary Owens, the executive director of COGRI. Sister Mary provided an impassioned explanation of the holistic care COGRI has provided for hundreds of young Kenyans over the past 25-plus years, including: psychosocial support groups, referrals for child victims of gender-based violence, case management, schooling, housing and medical care. 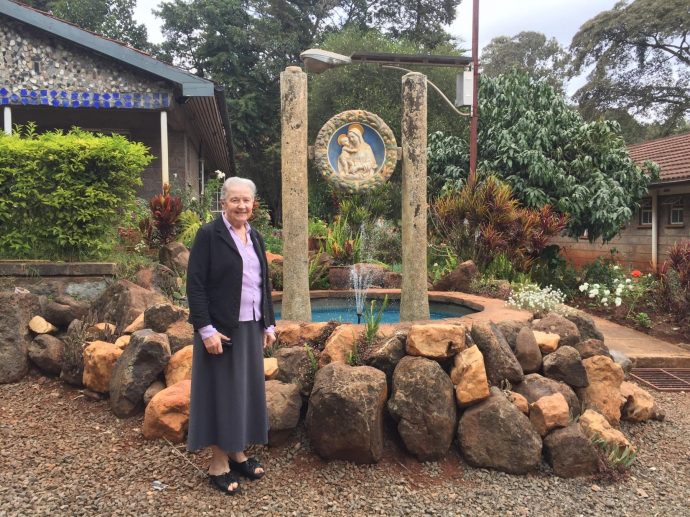 Sister Mary Owens, COGRI’s Executive Director, has devoted her life to caring for children and adolescents who have been orphaned from, or are vulnerable to, HIV.

Embedded in her introduction was deep hope and advocacy: advocacy for children receiving the medical treatment they need and deserve, and hope that one day soon no Kenyan child will be infected with HIV in utero or during breastfeeding.

There are an estimated 1.6 million people in Kenya living with HIV, of which 120,000 are children ranging from infants up to 14 years old, according to the 2016 estimates from UNAIDS.

Kawangware clinic’s sole physician, Dr. Caroline*, told us that of the 377 children and adolescents who were currently receiving HIV care at the facility, 73 percent have achieved viral suppression, which happens when a patient is correctly taking an adequate treatment regimen. That percentage is notably higher than Kenya’s current average pediatric viral suppression rate of 65 percent and is attributed to USAID’s ongoing commitment to eliminate HIV in Kenya.

Still, there are challenges.

A few children here are not yet virally suppressed due to barriers that far too many children and adolescents face: food insecurity resulting in difficulty tolerating HIV treatment, absence of a consistent caregiver to administer the necessary daily medication and provide support and accountability, and lack of transport fare, making it nearly impossible to return to collect medications.

There are no easy solutions. Nonetheless, the Kawangware staff persist in trying to find ways to better support their patients, to ensure each child and adolescent achieves a healthy, happy life.

One of these young people was only 12 years old when he was brought to Lea Toto by his grandmother. He was in declining health with no improvement in sight, a state common among children and adolescents living with untreated HIV.

Upon arrival to Lea Toto, the young man was immediately initiated on ART. His treatment, coupled with strong psychosocial support including peer mentoring, enabled him to regain health and confidence. Through COGRI’s unwavering dedication to this patient’s health and education, the now 23-year-old young man proudly holds a certificate in graphic and web design and has successfully started his own shoe business.

Kawangware also operates Nyumbani, a sister facility that is home to COGRI’s state-of-the-art laboratory and is one of a select number of sites in Kenya performing HIV drug-resistance testing. The lab also provides fee-based laboratory services to external facilities for both HIV- and non-HIV-related conditions to fund its operations. 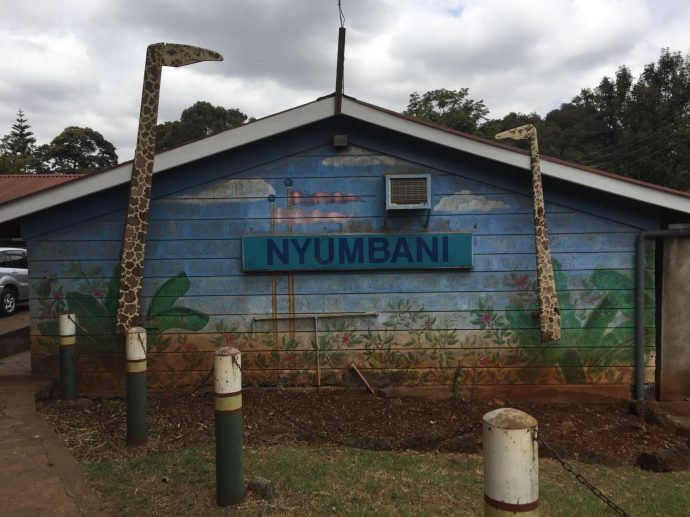 COGRI’s sister facility, Nyumbani, is dedicated to caring for children and adolescents who have been orphaned from, or are vulnerable to, HIV.

It was easy to forget the dire situations many COGRI beneficiaries face as we wandered through the immaculate grounds and observed the contagious joy coming from several young children as they were laughing, playing and learning.

It was during our Nyumbani visit that Sister Mary shared stories from the early 1990s, a time when the only HIV medications available were inconsistent drug donations from overseas, necessitating numerous medication regimen changes for each child.

While the piecemeal approach was far from today’s standard of care, the children were receiving treatment that many people living with HIV in Africa did not have access to at that time. The devotion of Sister Mary and the Kawangware and Nyumbani clinic staff, coupled with the tremendous progress made thus far through USAID and PEPFAR support, brings Kenya closer to halting the HIV pediatric epidemic, granting a brighter future for all Kenyan children.

« Where It’s Risky to Tell the Truth: Press Freedom Declines in Too Many Countries
Diving with Decapods: the Smithsonian-Indonesia PEER Partnership »
Categories: Africa · Health · Sub-Saharan Africa