A Man Among Men 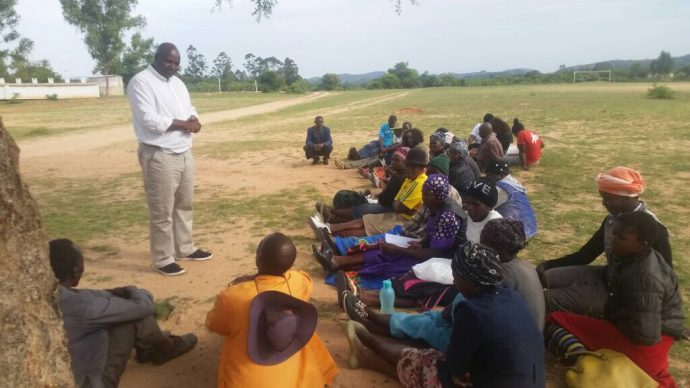 In 2014, I was on a site visit to one of our food security activities and shared with beneficiaries my experiences supporting my wife to care for and feed our daughter, Simpie. A group of about 20 gathered under a tree, sitting in the dirt and listening attentively.

I told them I could comfortably change Simpie’s diapers, and that I trained her to use a potty and dressed her up nicely, taking care to match the colors of her clothes. I also did her hair, and you would never know it was not her mother who did it! I am proud of all that.

The women seemed to enjoy my story, especially when I shared that I cook, and had introduced Simpie to maize flour porridge fortified with either peanut butter or eggs. Like most 2 year olds, she was a fussy eater and feeding her required patience, encouragement and even goal setting— all of this based on trust and a strong relationship. 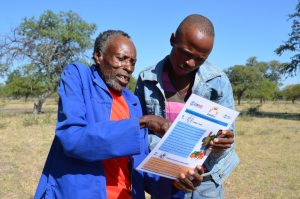 I got a different reaction from the men. None of them made eye contact with me as I spoke. To the contrary, they looked at the ground and started using sticks or their index fingers to draw in the soil.

It was clear I was causing discomfort. I could practically hear their thoughts: “That is women stuff.” I would not be surprised if some thought “wadliswa” or “akadyiswa,” meaning that my wife had used a love potion on me. Most traditional men couldn’t imagine a man in his right mind caring for his child in this way.

In a profound way, men directly and indirectly influence mothers’ ability to feed and care for their children. In a typical day in rural Zimbabwe, a mother must collect water, search for firewood, make a fire, cook and wash dishes, repeating this cycle for every meal. She must also spend a large proportion of the day tending to the family’s crops.

Mothers simply do not have the time in the day to focus on all their responsibilities, including the childcare and nutrition necessary for the healthy growth and future productivity of their children.

In 2014 when I gave that talk, USAID had just launched two Food for Peace activities, implemented by consortia led by World Vision and Cultivating New Frontiers in Agriculture, to reduce stunting in rural parts of Zimbabwe, where approximately one-third of children were malnourished. These activities addressed the root causes of malnutrition, including gender norms that prohibit healthy infant and young child feeding practices.

It was evident that to improve child nutrition, USAID and our partners had to work with men.

So our partners devised strategies to increase male involvement, including the concept of Male Champions as community role models. Their campaign motto: “Indoda Emadodeni,” or Man among Men. Male Champions recruit their peers and organize monthly meetings to discuss men’s roles and responsibilities.

Monthly group trainings are interactive and challenge men to debate and resolve problems. Our partners also engaged traditional leaders in gender dialogues to reflect on and challenge social norms that are a barrier to optimal nutritional practices and gender equity.

Headman and Male Champion Munyaradzi Gwenhamo said, “From when we were children, cooking has been a woman’s duty in our society. If a man is seen cooking, he will be a laughing stock of 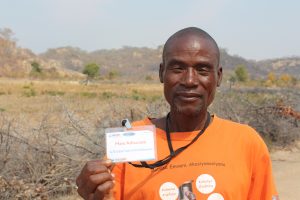 the village. Bad things would be said about his wife, especially being accused of using love potions. However, after male advocates training, I realized that manhood would not be lost by cooking. Actually, I am realizing I am a better cook! I can prepare porridge for my child and feed her. She loves me. My wife also feels relieved when I do so; she is happy too.”

The impact of Male Champions is not merely anecdotal. In areas where the campaign was piloted, a survey found statistically significant improvement in supportive behaviors such as fetching water and firewood, caring for the children, accompanying their wives to a health facility and cooking.

In just four years, I am seeing major progress. Already, when I share my experiences caring for my daughter, men no longer hide their faces with embarrassment but rather look at me with appreciation—or at least amusement—and say “uyindoda emadodeni” (you are a man among men), high praise that does not come that easily.

It is important to me that I can advocate for these changes because I practice them myself in my own family. It is even more rewarding to see other Zimbabwean men who are now doing the same.

Themba Nduna is a nutrition advisor in USAID/Zimbabwe’s office of Humanitarian Assistance and Resilience.