Making Education Safe for All 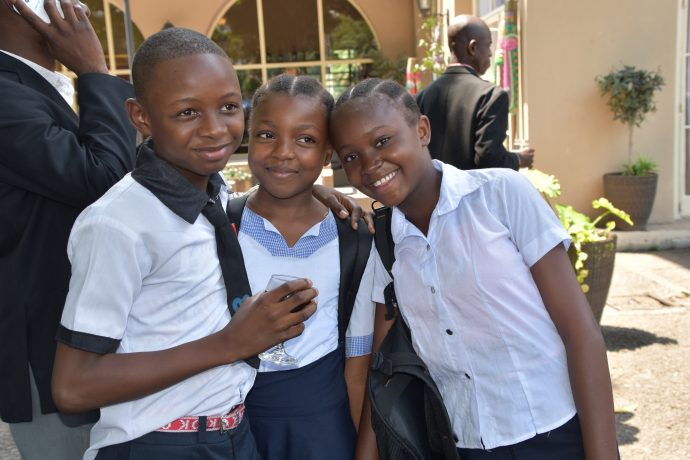 Classmates in the Democratic Republic of Congo celebrate their success after a performance at an event organized to celebrate the International Day of the Girl Child. Photo Credit: Julie Polumbo​

Would you want to participate in class if there was a chance your teacher might hit you if you made a mistake? Could you concentrate on the lesson if your classmates were making fun of your appearance?

For millions of children around the world, violence in schools is a daily reality.

While parents and communities expect schools to be safe and protective environments, research shows that students face high levels of violence, including corporal punishment, bullying, sexual harassment and assault, which is called “school-related gender-based violence.”

This abuse has negative impacts on girls’ and boys’ physical and mental well-being, and also hinders their ability to learn, stay in school and achieve their full potential.

Adolescent girls are also especially at risk for sexual violence in schools, which can lead to dropping out, pregnancy, HIV/AIDS and early marriage—all factors we know to perpetuate the cycle of poverty.

Evidence also suggests that the cost of education, including school fees, uniforms and books, may stop some poor families from sending their girls to school. Too many schoolgirls, who are keen to continue their education, fall prey to sexual exploitation by older men, exchanging sex for money, food, mobile phones and school fees.

Ending violence in schools is not only the right thing to do, it’s the smart thing to do. We know that educated, employed and civically engaged youth drive economic growth, democracy and prosperity. We know that students who feel supported and safe in their schools learn best. Failing to protect our children can further perpetuate cycles of violence, instability and unrest

This is why USAID couples its investments in teaching children to read with strategies that will keep them safe—including in crisis and conflict environments. A lasting end to school violence requires collaboration with host-country governments and local communities spearheaded by  mothers, fathers, community leaders, teachers and school principals.

African-led institutions, such as the Association for the Development of Education in Africa, help foster policy dialogue between development agencies and local policymakers to share ideas, lessons learned and knowledge on educational reform. The association empowers African ministries of education to directly take on barriers to education, such as school violence. 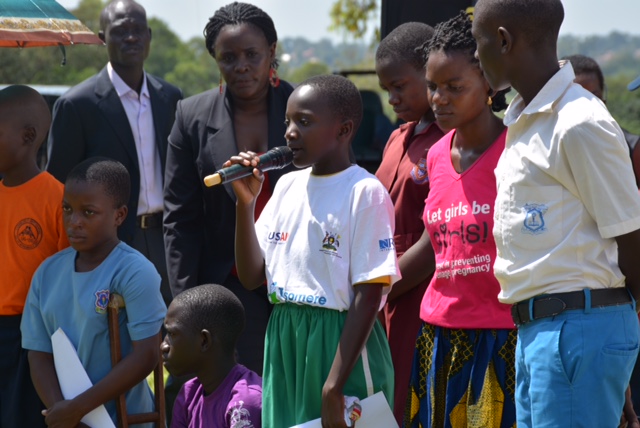 Ugandan children perform at a two-day conference on gender-based violence hosted with the Ugandan Ministry of Education and Sports. Photo Credit: RTI International/LARA

In Uganda, the Literacy Achievement and Retention Activity works with the Ministry of Education to train teachers, children and communities to recognize, prevent and respond to violence within schools. By creating positive and supportive school climates, Ugandan girls and boys are more likely to participate in class and stay in school, clearing their path to educational achievement and economic success.

Across the continent, we see promising new approaches that help us understand what works to prevent and respond to violence within schools. We all must support more rigorous research and evaluations to build our global evidence base on violence prevention programming and policy.

Read more about this year’s 16 Days of Activism against Gender-based Violence campaign.

« Helping Serbia Hold On To Its Future
A Man Among Men »
Categories: Education and Universities · Sub-Saharan Africa · Women · Youth