In 2011, Elijah Amoo Addo was taking out the trash at a restaurant in Accra, Ghana where he worked as the head chef when he came across a homeless man scrounging through the dumpster for food. The man said he was collecting the leftovers to feed his friends on the street. 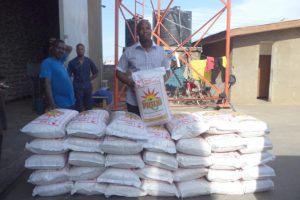 Elijah was touched by the encounter and from then on, he vowed that no more food from the restaurant would go to waste. He started recovering surplus food from the kitchen to feed the vulnerable and mentally challenged in his community, but he envisioned something bigger.

Initially, it was difficult for Elijah to communicate his vision, as he had little knowledge of the problem of food waste and hunger in Ghana. He started an advocacy group to research these issues and create a social intervention program.

Elijah came to learn that building a sustainable food system is a priority for the Ghanaian government and stakeholders within the food supply chain. About 95 percent of vulnerable communities across Ghana are not getting enough nutrition. One in five babies born in Ghana are stunted, which has been calculated to cost the economy $2.6 billion a year, about 6.4 percent of the country’s GDP.

Around this time, Elijah learned about the Young African Leaders Initiative (YALI), launched by the U.S. Government to invest in the next generation of African leaders. He applied to the West Africa Regional Leadership Center in Accra, but his restaurant supervisor was not supportive of taking time off to attend the training. In the end, Elijah decided to quit his job so he could fully immerse himself in the program.

The leadership and business skills he learned in the 2014 training helped him launch Food for All Africa. 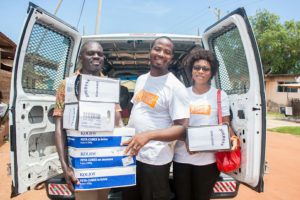 Food recovery and redistribution van of Food for All Africa. / Paul Osafo Buabeng

Elijah and his team operate the first community food bank in Ghana. The center creates efficient and sustainable nutrition streams for low income and vulnerable communities by redistributing surplus food from restaurants, working with rural smallholder farmers to connect their produce to urban hospitality companies.

Elijah said leaving his restaurant job enabled him to fulfill his passion for entrepreneurship and risk taking.

Elijah feels confident he made the right decision. Today, Food for All Africa recovers up to $5,700 worth of food each month from businesses within the food supply chain — including manufacturers, importers, farmers and hotels.

The organization aims to reach 1 million low-income people by 2020. To do so, Food for All Africa works with orphanages, schools and vulnerable communities. 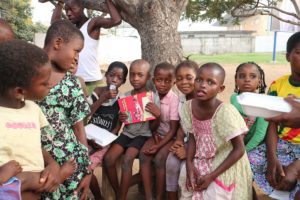 Food recovery and redistribution van of Food for All Africa. / Paul Osafo Buabeng

The most defining moment of Elijah’s career was in October 2015. “I envisioned feeding 5,000 beneficiaries on UN World Food Day and drawing global attention by attempting a Guinness World Record for the longest table on the day,” he said. “It was difficult work but we pulled it off even though we couldn’t break the record. To crown it up, it dawned on me when in July 2017 I did receive a Queen’s Young Leader award from Queen Elizabeth II in Buckingham Palace.”

Elijah hopes to scale his services to other parts of Africa in the next five years while building stronger partnerships with businesses.

“Every generation needs to sacrifice and build a better place for its children and future generations,” he said. “And Africa today falls on our shoulders to work in raising the aspirations of children and changing the African story. Africa needs you and me.”

Fridah Wanjiku is a Digital Communications Specialist based in Nairobi, Kenya. She serves as a Virtual Student Foreign Service intern with USAID on the Young African Leaders Initiative team.