What Does ‘Back to School’ Mean for Children in Crisis and Conflict? 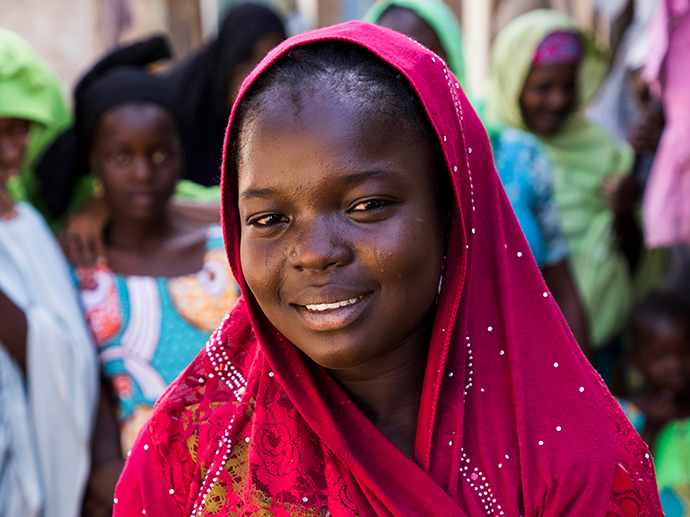 Aisha Mohammed, who fled with her family when Boko Haram attacked her village in Northeast Nigeria was able to continue her education through a non-formal learning center funded by USAID. Erick Gibson/Creative Associates International for USAID

As summer winds down here in the United States, “Back to School” displays with colorful arrays of supplies remind us that students and teachers are preparing for the coming year.

But for many children around the world, going back to school in the traditional sense is elusive.

Each year, conflicts and crises halt or delay the education of 80 million children worldwide. Schools, books and materials are destroyed. Children are forced to leave their homes and communities, often with only the clothes they’re wearing.

In many long-standing conflicts, children spend a significant amount of time out of school. Because the average duration of displacement is 20 years, many children will spend their entire childhood outside of the traditional classroom. The longer they’re out, the less likely they are to ever go back.

However, we know that school is necessary not only for their continued education, but also their emotional and physical protection—and this is critical when their worlds are in chaos.

When people are forced from their homes, schools and communities by conflict, USAID partners with development and local organizations to act quickly to help redefine what “school” looks like—ideally so that children are back learning as soon as possible. The conflict or crisis may be ever changing, but USAID seeks to keep learning a constant factor in children’s lives. 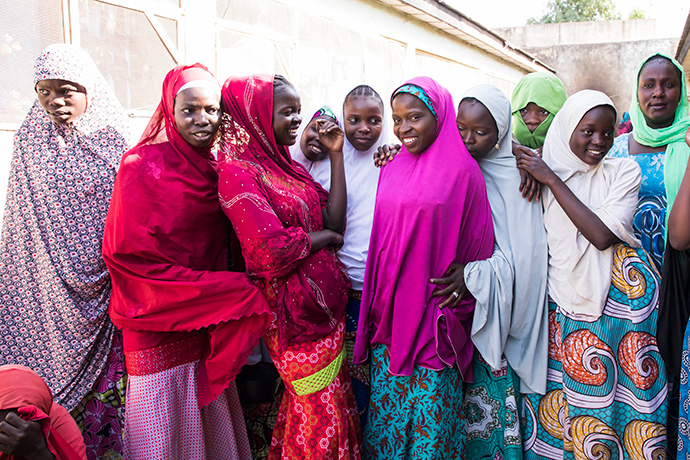 Aisha Mohammed (third from left), age 17, and her friends take a break after classes at a USAID-funded non-formal learning center in the capital of Borno State, in Nigeria. Erick Gibson/Creative Associates International for USAID

In South Sudan, Nyaradio Gatkuoth and her family fled to a safe haven at the United Nations compound in the capital city of Juba after civil war erupted in 2013—when she was 15 years old. Nearly four years later, conflict continues to disrupt millions of lives in South Sudan.

South Sudan has the world’s highest proportion of out-of-school children, with nearly 70 percent of primary school-aged children missing out on education. Since a political crisis erupted into civil war in 2013, more than 800 schools have closed, and an estimated 900,000 children have abandoned their studies. Today, the formal educational system is still in crisis.

Nyaradio said living in the UN Protection of Civilians site in South Sudan was “like a prison” because she was never able to leave the site. However, she says, attending the Hope Primary School at a site run by UNICEF, and supported by USAID, is a bright spot in her day.

As part of USAID’s Back to Learning initiative, we have supported UNICEF in enrolling more than 430,000 South Sudanese children and adolescents in school, including recently demobilized child soldiers. We have also helped establish more than 950 temporary learning spaces since the civil war began.

Seventeen-year-old Aisha Mohammed grew up in the town of Gwoza, in Northeast Nigeria, and was forced to flee with her family when Boko Haram attacked her village.  Eventually, they settled in the urban center of Maiduguri, which houses hundreds of thousands of Nigerians seeking refuge from the horrors of the ongoing insurgency. As a result, Aisha missed out on formal schooling for nearly two years.

The Boko Haram insurgency has had devastating effects on the education sector in Northeastern Nigeria. UNICEF estimates that nearly 1 million school-aged children have been forced to leave their homes and communities as a result of the ongoing violence.  At the same time, an estimated 3 million children have no access to education across the Northeastern states of Borno, Adamawa and Yobe—those most acutely affected by the insurgency.

Through the Education Crisis Response program, USAID is providing non-formal education in the places where formal schools don’t exist, or where they are too overcrowded to accommodate the influx of children fleeing the insurgency. The curriculum includes basic math and literacy, but is also helping children deal with the emotional effects of what they have experienced. USAID has established more than 1,400 learning centers in Northeast Nigeria, helping 88,000 children like Aisha go back to school.

USAID is working around the world to expand equitable access to education for children and youth in crisis and conflict-affected environments. For us, “Back to School” during a conflict or crisis means:

Today’s humanitarian crises are more complex and protracted—like the ones in Northeast Nigeria and South Sudan—and require programs that are responsive, flexible and tailored to the context. These programs help young people thrive despite their circumstances, and contribute to peacebuilding and economic growth in their communities.

Although conflict forced her and her family from their home, Nyaradio has completed grade 8 and is waiting to join secondary school this year. “I want to study up to university. I want to be a journalist one day,” she says.

She also says school makes her happy: “We study, sing, dance and forget about our problems.”