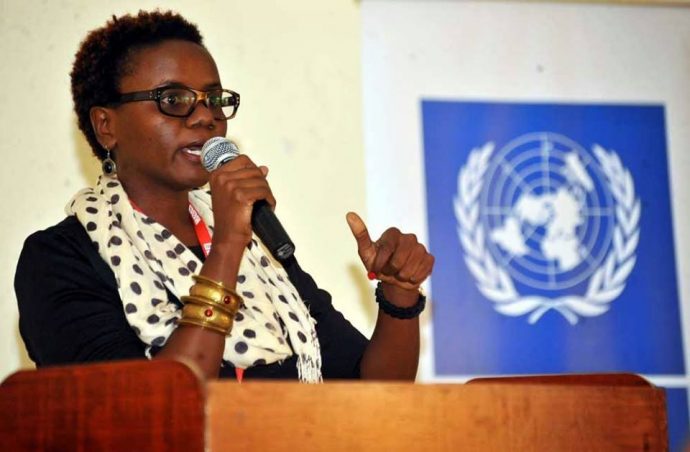 In Kiswahili, “bora” means better. Two years ago, Abella Bateyunga, 29, founded the Tanzania Bora Initiative to give y oung Tanzanians a voice, a sense of belonging, and a connection to other youth who want to change their country for the better. 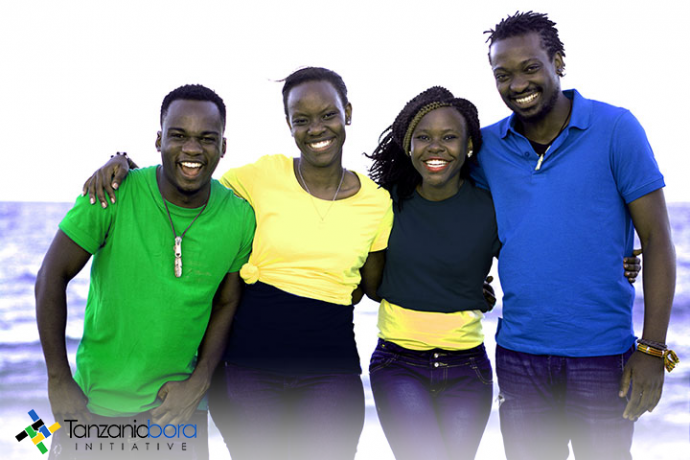 Abella founded the initiative after she returned from two months in the United States on a fellowship with the Young African Leadership Initiative (YALI). Funded by the U.S. State Department and USAID, the fellowship is a huge honor; only 1,000 youth across Africa are chosen each year. YALI fellows get to meet other young rising African leaders in their cohort and are offered opportunities for leadership training at U.S. universities. 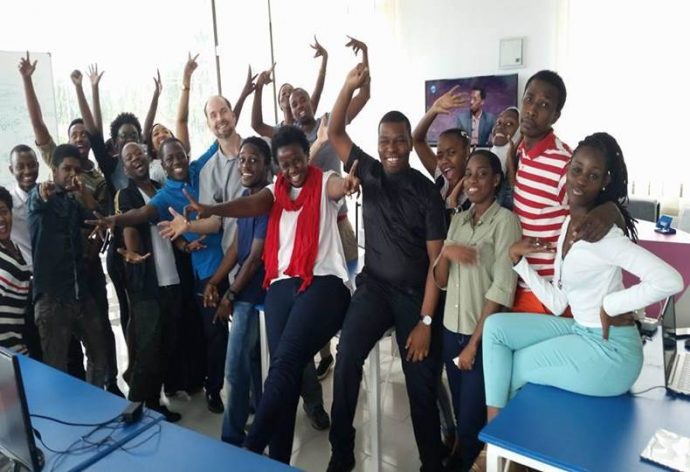 As the 2015 national elections in Tanzania approached, Abella thought about new ways to engage Tanzanian youth to both vote and mobilize peacefully. She also thought of ways to empower youth to use data-based evidence and advocacy to engage local and national leaders on social issues.

Abella’s background as a lawyer and former radio reporter for the BBC in Tanzania positioned her to develop a strategy to engage youth in the election and in data-driven development efforts for employment and youth voice. 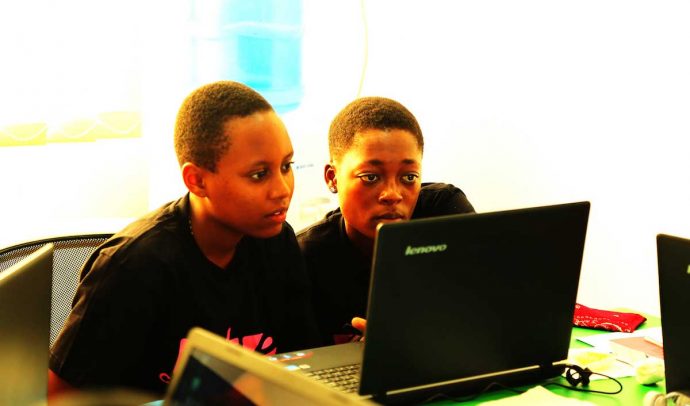 Girls in the “She Codes for Change” course. / Tanzania Bora Initiative

Many countries in sub-Saharan Africa  are facing a “ youth bulge ” due to high fertility rates; in Tanzania, over 73 percent of the population is under 30. 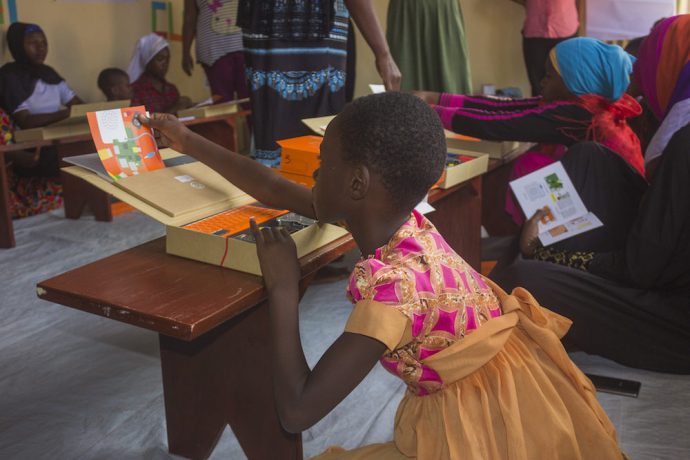 “She Codes for Change” provides a safe space for girls to learn coding. /Theirworld, Mticka Almas

In Tanzania and other countries, the government and key civil society partners have developed national plans of action to reduce violence against children and youth that stems from domestic violence and other community violence. In other countries, governments are restricting the ability of civil society organizations to speak out on the rights of minority or excluded groups, including youth who are underrepresented in decision-making.

With support from USAID’s Consortium for Elections and Political Process Strengthening and implementing partner the International Republican Institute, Abella started the Tanzania Bora Initiative with a small budget and a core team of five savvy young social media leaders. 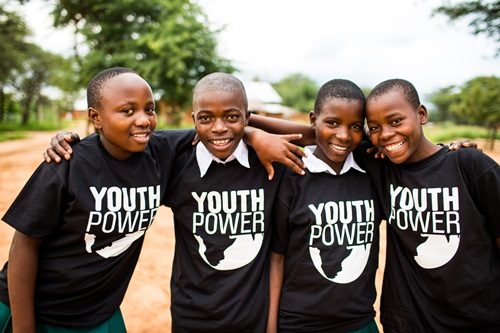 In just two years, Abella and her team have brought innovation to Tanzanian media and civil society with initiatives like Data Zetu, funded by the U.S. President’s Emergency Plan for AIDs Relief (PEPFAR) in partnership with the Millennium Challenge Corporation to promote data-driven advocacy by youth.

Working with artists and young journalists, Abella helps create dialogue in communities based on evidence and data about what is happening and what works through community solutions. Data Zetu empowers youth to gather data from the local government on services and analyzes it to determine areas in need of improvement. 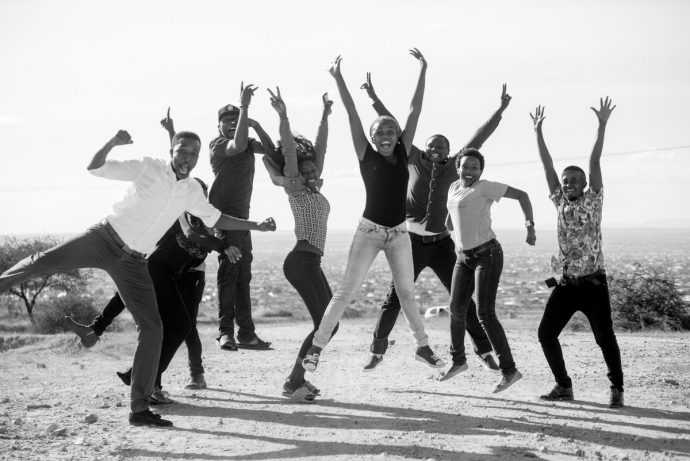 Other activities have included engaging pop music groups in Temeke District — one of the largest and poorest areas in southern Dar es Salaam — through its Arts for Change project. Abella and her team work with these musicians to write songs that champion their issues.

Given the rise in violence in Tanzania, Abella partnered with USAID-supported partner Search for Common Ground and others to counter violence in the home and community, as well as violent extremist messaging, through television shows, youth peace festivals and media campaigns. 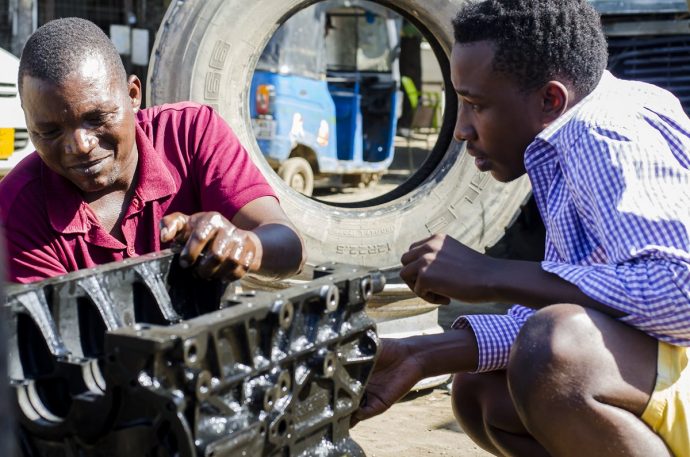 Kijana Wajibika recognizes youth as an asset who can contribute and lead change. /Kijana Wajikia and Restless Development Tanzania

Abella and the Tanzania Bora Initiative also supported the Kijana Wajibika (Youth Be Responsible) consortium funded along with the Restless Development movement   – – for youth to demand accountability and participate in civic issues and learn to use data for decisions. Abella’s TV program creates data ambassadors and trains journalists, particularly young women, to collect data and empower youth on topics related to the national youth agenda: employment, sexual health and education.

Recognizing that youth often don’t know their rights, Abella created the “Know the Constitution” campaign — an online portal which is complemented by a television show called “One Voice” (Sauti Moja) serving as a college competition on rights and the constitution. 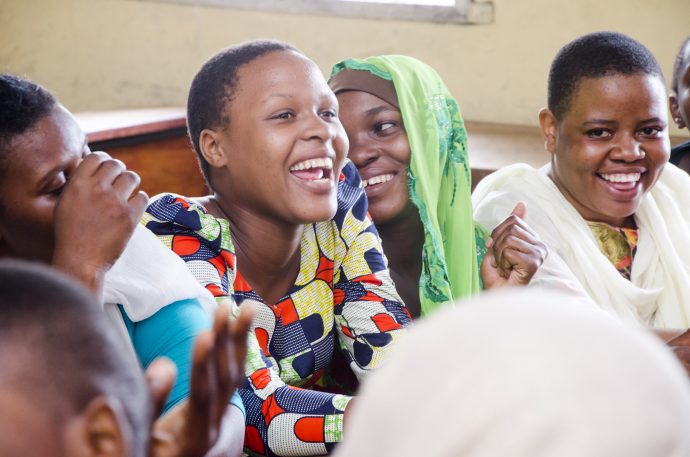 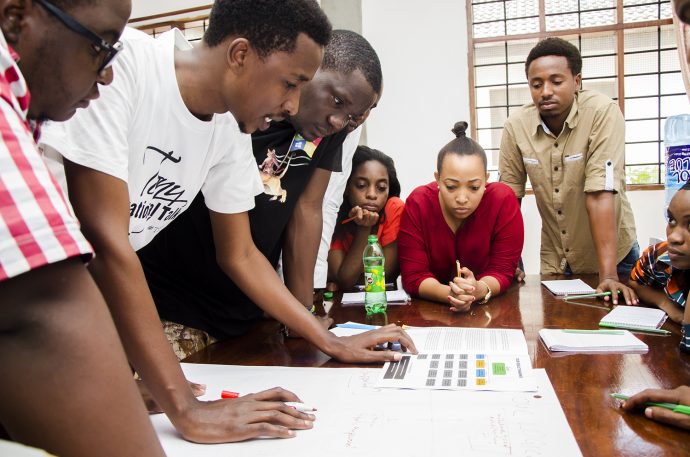 Abella also recognizes the importance of skills-based opportunities for youth who want to make a difference. That was the impetus behind starting She Codes for Change in partnership with Apps and Girls . The program trains girls from each region on digital literacy and computer  coding.

“Creating mobile apps on issues that concern girls has a transformative effect on their opportunities,” said Abella. “The girls have developed apps on female genital mutilation prevention, bus fares, fashion and rights.” 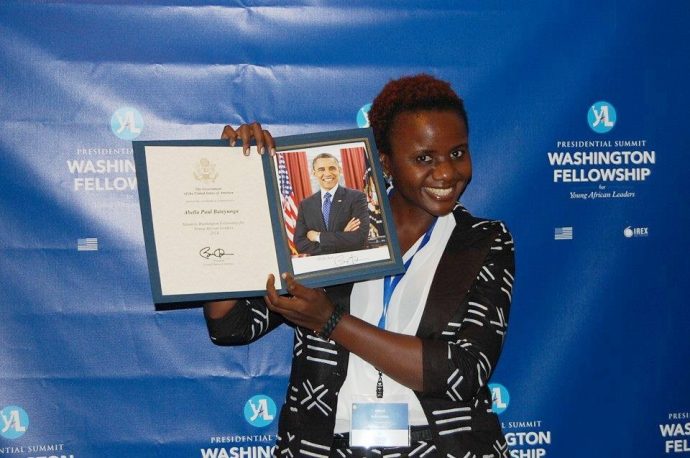 Abella describes her vision for how international development organizations such as USAID can best approach engaging youth as partners in development:

“Youth bring three key tools to the development field: Innovative ideas, a wicked broad knowledge of how to mobilize networks via media (especially new media) and record numbers of youth in Tanzania and around the world. We aren’t the hope of tomorrow, we are changing things today.”