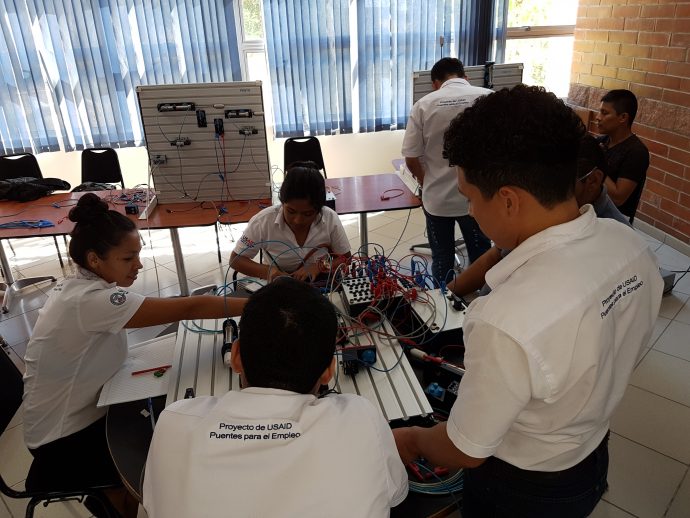 In 1999, as a graduate student doing a research project in El Salvador, I was held up at gunpoint.  With a .45 pistol thrust into my chest, I had never felt such fear in my life. I know that my brush with violence was something that many Salvadorans are threatened with every day.

Faced with unimaginable violence at the hands of ruthless gang members, debilitating poverty and hopelessness, nearly 70,000 children from El Salvador, Honduras and Guatemala embarked upon a treacherous journey in the summer of 2014, with a goal of reaching the United States.

Yet, a baseline survey in El Salvador, taken after the migration surge, indicated that 70 percent of citizens in high crime municipalities would prefer to remain in their communities than migrate, presuming improved security, education and economic opportunities. The data indicate that while the factors that attract people to migrate are strong, most Salvadorans would prefer to build a prosperous life closer to home. 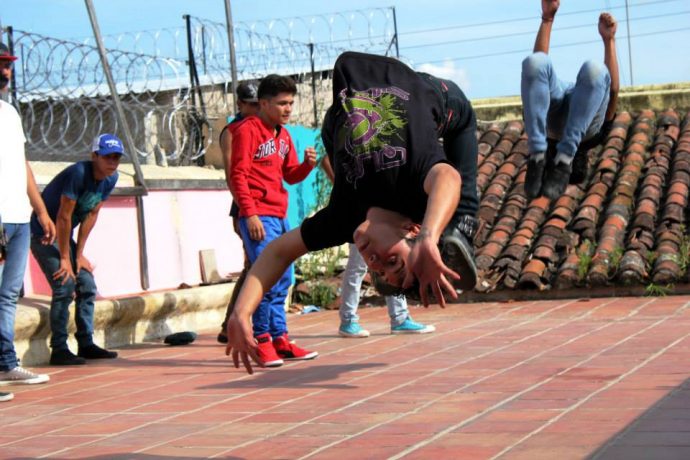 Low-cost community outreach centers help reduce crime and violence, a leading cause of illegal migration, by providing youth in high-crime communities a place to learn computer skills or to play a musical instrument, engage in sports activities, or receive tutoring as alternatives to gang involvement. /USAID

In 2013, I returned to El Salvador as USAID’s Mission Director. In my time there, I found so many people working to do just that—people who care and love their country, people who are working together to make their communities safer and more prosperous. It is this El Salvador that people hear less about. Building this El Salvador contributes to our own safety and prosperity.

At the recent Conference on Prosperity and Security in Central America that was held in Miami, Florida, Vice President Pence emphasized the U.S. Government’s commitment to continue to partner with the countries of Central America to root out crime and corruption, and to provide greater education and economic opportunities that will “give the citizens of Central America a better path and a brighter future.”

A secure and flourishing Central America will help to stop the flow of illegal migration and drugs and create new economic opportunities for all, including the United States. As Vice President Pence said, “We are in this together.”

The Northern Triangle presidents have created their own plan, the Alliance for Prosperity, which provides a framework for addressing the major obstacles to economic growth and demonstrates the political will of the governments in the region to advance prosperity, security and democracy. The plan integrates security, economic and good governance initiatives to build a safe, democratic and prosperous region where people can build a better life at home without having to leave.

As we stand together with the countries of Central America, USAID programs help to tackle the problems driving illegal migration, namely insecurity, lack of economic and educational opportunities, and weak governance. I believe that our support for El Salvador and Central America is making a difference that not only helps Central Americans build a better, safer life for themselves in their own countries but helps ensure our own security and prosperity as well.

In El Salvador, our education programs in high crime communities help keep over 100,000 vulnerable youth in school and out of gangs through quality education and extracurricular activities in a safe environment. Over 20,000 youth have received job training to increase employment opportunities. At the same time, USAID is helping to reduce corruption and impunity and increase citizen trust in the government through support for criminal justice reform and judicial transparency.

I have seen the impact of our programs when we have worked together with the government, with community and church organizations and with private businesses. Where we have integrated our efforts with better policing, improved education, safe parks and playgrounds, and increased job and economic opportunities, crime rates go down. People in these communities feel safer—their children play in new sports fields and parks, and businesses stay open later.

I have personally spoken to youth who have told me they were ready to leave the country but found new opportunities at a USAID youth outreach center or a job training program or as a student at a university. They tell me they now have hope for the future, and many are committed to making their communities and their country a better place.

That spirit and determination is what I will now remember the most about El Salvador. And through our continued collaboration, I can now envision a day when all Salvadorans will be able to build a secure, prosperous life at home.

« Tanzania’s Young Leaders Bring Innovation to Development Challenges
What Does ‘Back to School’ Mean for Children in Crisis and Conflict? »
Categories: Latin America and the Caribbean · USAID · Youth