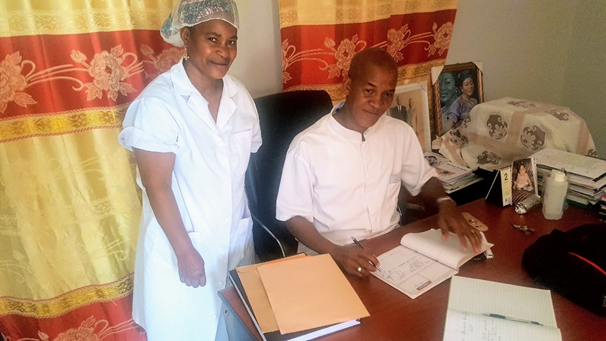 In 2014, Guinea was declared ground zero for the Ebola outbreak, and before it was brought under control in January 2016, there were more than 3,300 confirmed Ebola cases in the country.

During the peak of the rapid spread of the disease, people were afraid to go to the hospital because of low levels of trust in government and poor delivery of health services in general. People were less willing to accept Ebola as real, nor did they embrace social messaging aimed at reinforcing behavior change to save lives.

In the aftermath of the 2014-2016 epidemic and in the face of its reemergence in the Democratic Republic of Congo, USAID is working with partners, communities and policymakers to help Guinea recover and stay resilient. Through a combination of hospital renovations, medical equipment donations and community engagement, we are rebuilding the people’s trust in the healthcare system so they will resume using hospitals and clinics. 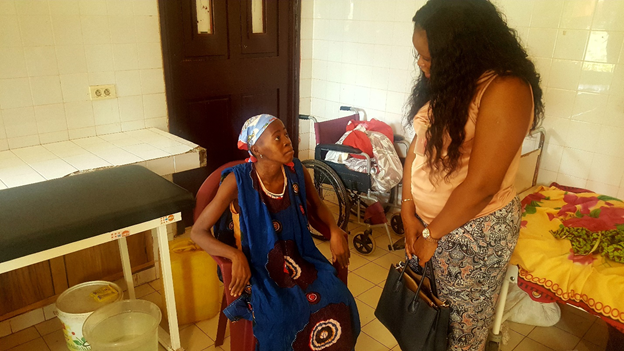 Recently, I traveled to the francophone West African country and made my way to Dubreka, a small town of 8,000 people just north of the capital, Conakry. There, I met with Dr. Bakayoko Sekou, director of Dubreka hospital, and we talked about how the Ebola crisis had affected his community.

Prior to the emergence of Ebola, on average there were up to 95 births per month at the hospital. But during the outbreak, the rate dropped to the single digits due to fear of sickness and death associated with hospitals during the outbreak. 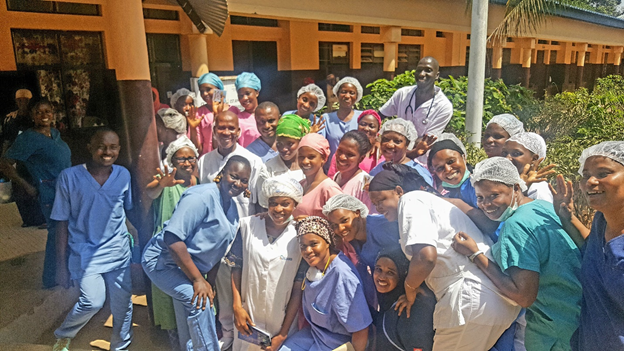 However, Dr. Sekou proudly reported that the community is once again using Dubreka hospital to meet their health care needs — he attributed the current rate of 100 births per month to a higher quality of services that the staff now offers.

On my way to meet Dr. Sekou, I noticed the symbolic large Gold Star (Etoile d’Or) signage prominently displayed near the entrance of the health facility, signifying that the Dubreka hospital had passed a months-long accreditation process. 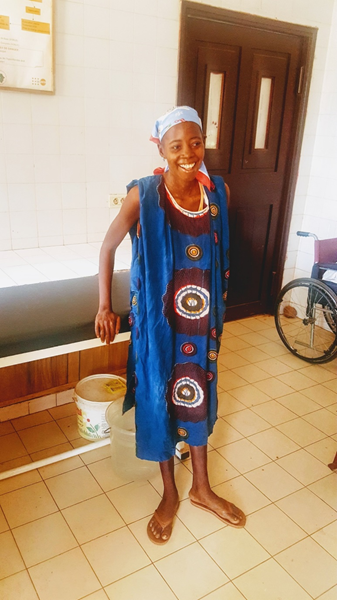 The smile of 26-year old Salematou Sylla brings tears of joy to the health team at Dubreka Hospital who saved her life. / Mariama Keita, USAID

The Gold Star accreditation system is part of a campaign by USAID partner Health Communication Capacity Collaborative, Jhpiego and the Guinea’s Ministry of Health to rebuild people’s trust in the healthcare system and improve the quality of services offered at hospitals.

The brand and the quality associated with it was widely promoted through a mass-media campaign on radio, TV, on billboards, and at community events. Dr. Sekou

cited the Gold Star accreditation as one of his greatest achievements.

He also attributed the accreditation to USAID support in renovating the pediatrics and maternity section of Dubreka hospital, which included adding ramps, repairing the roof, installing ceiling fans and air conditioners in delivery rooms and operating rooms, and fixing the building’s plumbing.

Basic supplies and amenities like protective gloves and air conditioning are rare in hospitals in the developing world. Fatimata Binta Diallo, an anesthesiologist who visited Dr. Sekou’s office during our meeting, told us she vividly remembered a patient who was completely surprised by doctors’ use of protective gloves. Another patient being prepared for surgery had shouted to her, “Madame Diallo, wait, don’t put me to sleep yet. I feel like I am in paradise with this cool air.”

The services that the hospital provides are life-saving, but they only work if people trust that the hospitals are safe to use. Dr. Sekou told me the story of 26-year old Salematou Sylla, who came to the hospital in need of an emergency C-section. Although she lost her unborn child and underwent three major surgeries, she survived.

“Salematou entered into the hospital unable to pay for her medical fees and was in need of emergency caesarean section due to a shattered womb,” Dr. Sekou told me. “Many times, healthcare workers pull resources together from their own pocket to support the financial health care needs of patients like Salematou.”

Dr. Sekou then offered to introduce her to me. We walked into what appeared to be an outpatient section, where I saw a young, thin and fragile-looking woman sitting in a chair. Our presence brought a smile to her face. I had to fight back tears as I watched Dr. Sekou embrace Salematou as he would his own biological daughter.

Her survival is a huge success, as maternal and neonatal mortality rates in Guinea are some of the highest in the West African region. At USAID, we remain committed to re-establishing trust and restoring confidence in the health care system to prevent another global health humanitarian crisis.

As Ebola recovery interventions come to an end in the region, USAID has renovated 16 health facilities, and we expect to renovate another 20 by the end of this year. This translates into more success stories like Salematou’s as the citizens of Guinea get access to quality health care.