Raising Goats (and Confidence) in Uganda

Posted by Mark Mitchell on Monday, May 1st 2017 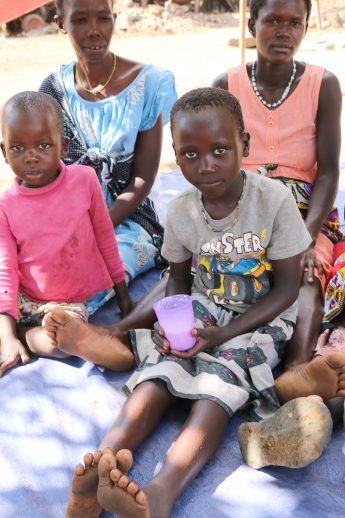 Women share highly nutritious goat milk from their own livestock with their children to improve and diversify their diets. / ACDI/VOCA

One key to women’s empowerment is self-confidence. When a woman truly realizes her worth and can publicly act on that confidence, the world changes for her.

One woman living in the Karamoja region of Uganda—where tradition dictates much in the lives of men and women—had little confidence in her own abilities, that is until she was offered an opportunity to generate income for herself through USAID’s Resiliency through Wealth, Agriculture, and Nutrition in Karamoja Project.

When Joyce Owalinga first married, her husband Sagal managed the family’s money, choosing when and how to spend it. “My husband controlled all the money, and when he went away for long periods of time for work, my children and I had very little food. We would sometimes go to bed hungry.”

Despite economic disempowerment, Joyce, like many women in her village, is responsible for feeding her family. To come up with the money, she collected and sold firewood and charcoal and did odd jobs for others, yet she still failed to scrape together enough for her family’s basic needs. “I couldn’t even afford salt and flour, and I had nothing to call my own.”

To empower women as income earners in their communities—and strengthen food security in Karamoja while diversifying livelihoods for rural families—USAID partnered with ACDI/VOCA and Welthungerhilfe to introduce a hardy breed of goat—Galla, or “milk queens” into the region. 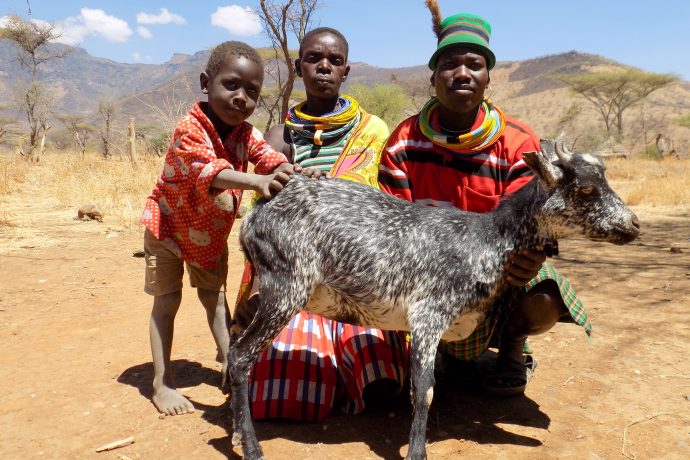 Livestock owner and her family show off their “Milk Queen” goat. / ACDI/VOCA

The project’s unique approach organized 211 women’s livestock groups, comprised of about 10 women each and initially consulted  with village elders to determine how to best counter expectations of traditional roles and to secure support, as men typically care for livestock and keep the money from sales.

After attending a training to learn how to care for the goats, Joyce received five of her own.  She and other group members attended additional trainings on health management and how to build shelters for the animals. The  goats began to thrive under their care.

As the women demonstrated their herding skills, gender norms in communities began to change little by little. When Joyce went into the village to sell her goats’ milk, she was able to keep the proceeds and reinvest in the business. After the group took part in animal care training sessions, Joyce confidently spoke to others about how to trim a goat’s hooves. As she spoke, Sagal listened carefully to learn more about the intricacies of animal care.

A recent assessment of this project revealed that 65 percent of community members now recognize livestock group members as new leaders in their communities. And, perhaps not surprisingly, 61 percent of members reported improved marriage dynamics as a result of owning the goats. This holds true for Joyce and Sagal. He quietly mentioned that he now holds more respect for Joyce and intends to give her the first calf born this season. 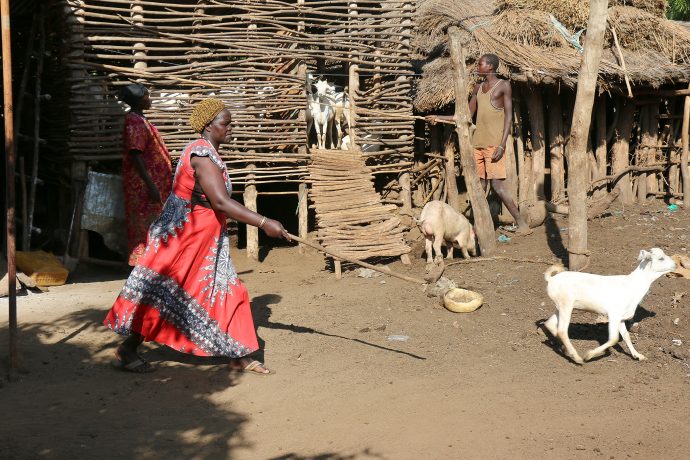 Lokibeyia Livestock Group Chairwoman Rachel Akol herds one of her many goats.

Now chairwoman of her livestock group, Joyce has successfully increased her stock of goats from 5 to 15. She recently made the decision to sell one of her goats and used the profits to start her own business.

“Now, I have something that I can call my own,” she proudly noted. “As chairperson of my group, I can also now speak with confidence. The other women and community members respect and listen to me, and my husband now respects me.”

As Joyce and other group members grow more confident, they are leading by example and teaching their children how to spot health problems in goats. By involving a new generation in this activity, children now understand that both men and women can own and take care of livestock, fostering gender equality within the children’s minds. 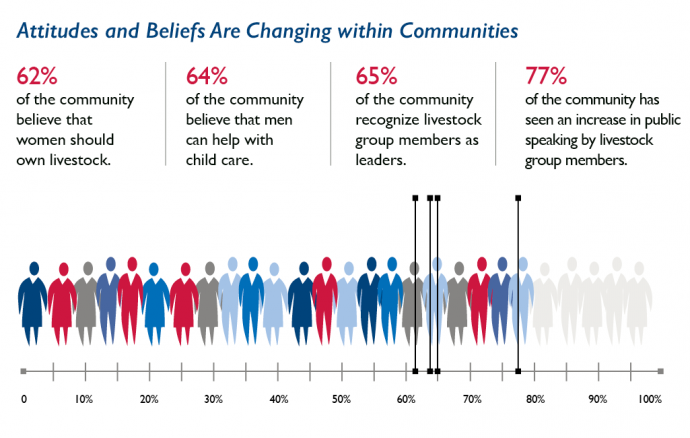 This project represents lasting, sustainable change in Karamoja—a catalyst tool for empowerment that is ushering in a new way of looking at the world.

Food security, economic empowerment and gender equality must all be seen as crucial elements to community resilience, and the project is making strides to ensure that communities in Karamoja value all of these.

Gender equality and women’s empowerment are a core pillar of sustainable development, and USAID currently supports gender programming in more than 80 countries. For societies to thrive, women and girls must have access to education, economic resources, healthcare, and technology.

To achieve USAID’s mission of ending extreme poverty and promoting the development of resilient, democratic societies, programs seek to ensure inclusivity, strengthen the voices of the marginalized and vulnerable, and help women and girls reach their full potential.

Mark Mitchell is the deputy chief of party for the USAID Resiliency through Wealth, Agriculture, and Nutrition in Karamoja project. Paul Guenette is ACDI/VOCA’s chief communications officer.