On International Women’s Day, USAID recognizes a joint mission with the U.S. Pacific Command to repair devastating childbirth injuries and improve the lives of women in the Asia-Pacific. 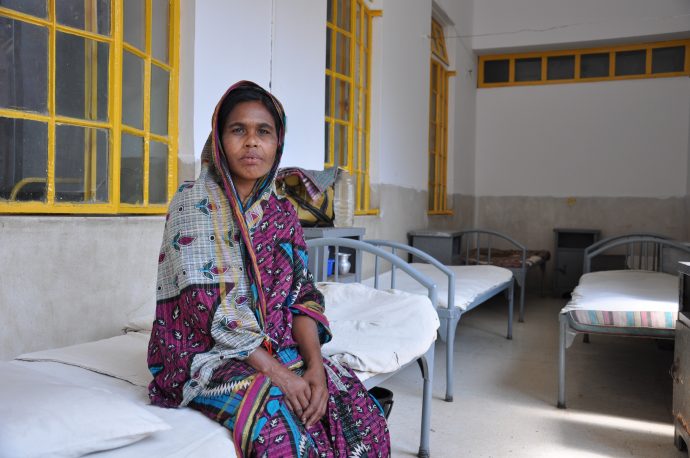 Sukuri waits for fistula surgery at Kumundi Hopital in March, 2014. Locked in a cycle of her husband leaving her to remarry and then returning to her, she hopes for the repair of her fistula and a united family. / Amy Fowler, USAID

The prospect of motherhood often brings anticipation and joy. But for women living in extreme poverty, motherhood can bring fears of obstetric complications or death, or a prospect of rejection or broken families if they suffer permanent disabling injuries.

Particularly in sub-Saharan Africa and South Asia, many women who give birth find themselves with a devastating maternal injury. Called obstetric fistula, the condition is a hole in the birth canal that results in chronic, uncontrollable leakage of urine and/or feces. Fistulas are commonly caused by obstructed labor without access to timely and skilled medical care, such as cesarean section.

All too often, women with fistula are abandoned or neglected by husbands, unable to work, ostracized from their communities, and left to deal with heartache after a stillbirth.

For Hosnera, a housewife in Bangladesh, the future looks brighter thanks to USAID’s Fistula Care Plus project. Fistula Care Plus trains doctors and nurses to perform fistula surgery and provide expert pre- and post-operative care and work in communities to prevent fistulas through access to quality, timely care during labor.

Hosnera has lived with a fistula for 10 years and Bangladeshi doctors have been unable to repair it. After receiving training from USAID, doctors at Kumundini Hospital successfully performed the surgery and Hosnera is now fistula free. 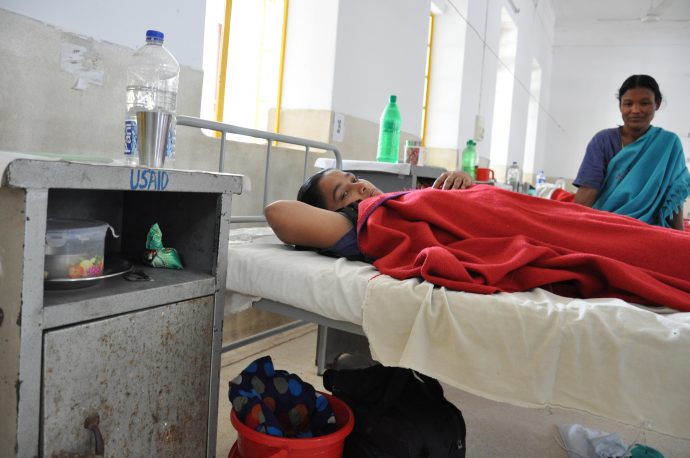 Hosnera at Kumundi Hospital in March 2014. With training from Fistula Care Plus, doctors at Kumundini Hospital were able to successfully perform the surgery. Photo by Amy Fowler, USAID

Other Bangladeshi women are not so fortunate. Throughout the country, an estimated 71,000 women have fistulas that require surgery, and each year an estimated 2,000 more Bangladeshi women develop them. The 13 centers and hospitals in Bangladesh that conduct fistula repair can only perform about 1,000 operations per year, leaving about half of the women with untreated maternal injuries. To address this gap, USAID and the Department of Defense (DOD) are working together to help boost the number of local fistula surgeons, as well as surgical repairs.

USAID and DOD collaborated on a joint medical mission in November 2016 to train local Bangladeshi medical personnel on improved techniques for fistula repair and prevention. The training was possible through a one-year interagency agreement between USAID and the U.S. Army Pacific Command (PACOM). The first phase involved a two-week intensive training on fistula repair and prevention among a team of Bangladeshi medical students, nurses and surgeons from PACOM’s Regional Health Command-Pacific, surgeons from Tripler Army Medical Center and USAID health officers.

“This effort helps advance U.S. Pacific Command and Regional Health Command-Pacific’s mission to prevent disease and improve the health of systems and individuals across the Asia-Pacific,” said Brigadier General Betram Providence, commanding general of Regional Health Command-Pacific. “Together we can help Bangladeshis have access to basic or specialized medical care.”

During the training, the DOD team demonstrated improved techniques that help prevent fistula, as well as improved surgical methods with the use of certain tools. DOD also assisted Bangladeshi surgeons during fistula surgeries, some of whom had been trained through the USAID project. A second phase of the mission is scheduled in April 2017.

“I appreciate the PACOM team giving me the opportunity to share knowledge and skills,” said Prof. Begum Nasrin, one of the trainee fistula surgeons. “I think my knowledge from this training will be help me alleviate the patient’s sufferings. I hope for more of this kind of program in the future.”

By the end of the joint mission, the team successfully completed 36 fistula-related surgeries helping women live happy lives with their family. One of the women was brought to Kumundi Hospital last fall for repair surgery during the visit with PACOM surgeons. Since the birth of her last baby nearly four years ago, she had suffered from recto vaginal fistula, a condition characterized by continuous leaking of the stool through the vagina. Today, she is finally free of fistula.

“The terrible days with leaking stool are over,” she said. “I am now enjoying a different and better life. Thanks to the friendly doctors for making it happen.”

Since 2005, USAID has tested new approaches to identify women with fistulas in Bangladesh before taking expensive trips to hospitals for curative treatment. USAID has improved the surgical and nursing skills of health care personnel to prevent and surgically repair obstetric fistula, uncovered the unintentional creation of fistula in caesarean section and hysterectomy, and has supported the repair of obstetric fistula for more than 2,000 women.

USAID and DOD have partnered since 1961 to make best use of our combined skills and resources and help improve lives around the globe.

Kristen Byrne is the Strategic Communications and Outreach Specialist for USAID’s Office of Civilian-Military Cooperation.