Overcoming the Stigma of Gender-Based Violence 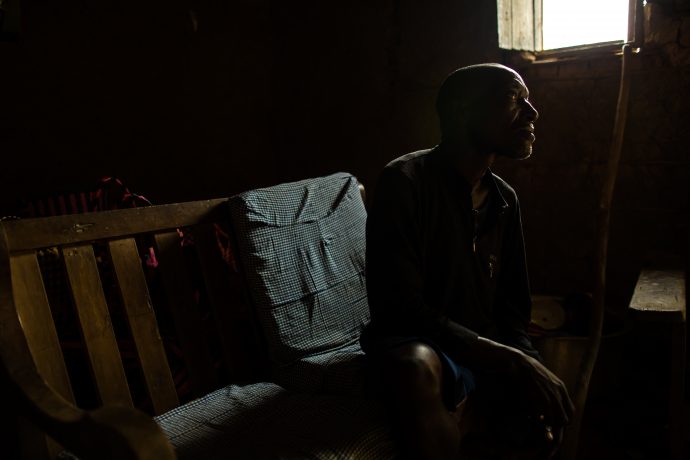 This 56-year-old man is a farmer, husband and father of 10. Three years ago, his 11-year-old daughter was raped; the years following have been difficult. What he wants now is simply for his daughter to go on and lead a successful, normal life: “I want my daughter to go to school.” / Morgana Wingard, USAID

On a rainy night three years ago, a family was sleeping in their home in Birktobolo Village in the Democratic Republic of the Congo (DRC). Their peace was shattered when a man broke into the home and raped one of the family’s children, an 11-year-old girl.  While recovering from the physical and mental trauma of that assault, this girl was subjected to taunts from her schoolmates and isolation by her community.

Incidents like these are far too common. Survivors of gender-based violence frequently face such unfair reprisals and stigma, and many cases are unreported because they are thought to bring shame to a survivor’s family.  Sadly, those who are too afraid or ashamed to seek help do not receive the quality, confidential medical care they need for long-term recovery.

Gender-based violence is violence that is directed at an individual based on biological sex, gender identity, or perceived adherence to socially defined norms of masculinity and femininity.  It is a global pandemic inflicted upon women, men, individuals of different genders, and children. Regardless of the target, gender-based violence is rooted in structural gender inequalities and is characterized by the use and abuse of physical, emotional, or financial power and control.

In 2013, USAID helped to fund the Demographic and Health Survey in the DRC, a nationwide survey that sampled 18,000 households from all provinces. The survey found that more than one in four women in the DRC experienced sexual violence, and more than half suffered physical or sexual violence.

To address the needs of these women and others who have experienced gender violence, USAID provides a holistic set of essential services to more than 100,000 survivors in the DRC, including access to medical care, psychosocial support, economic reintegration, vocational and literacy training, and support for legal reform. 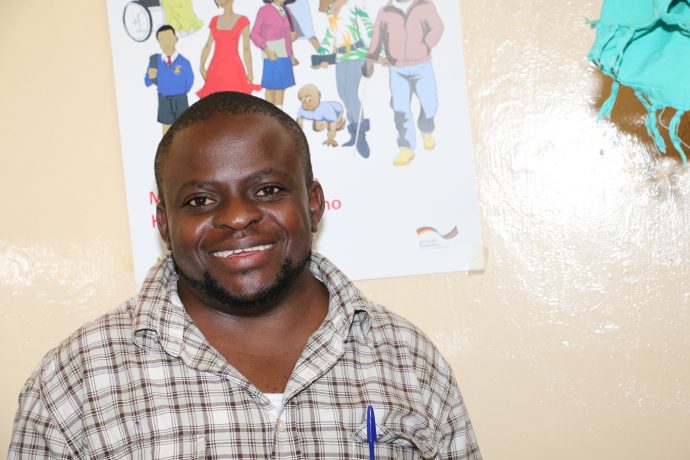 “Gender-based violence is not a norm. It is a crime.” said Odner Lwangu, a health administrator at the U.S.-funded Taita Sub-County Hospital in Kenya. “When the society covers up for perpetrators, it encourages the cycle to continue of laying the blame on the victim. At our Gender Violence Recovery Center, patients have a safer, private place where they can access medical and counselling services.” / Irene Angwenyi, USAID Kenya

Thankfully, these kinds of positive interventions contributed to a promising outcome for the 11-year-old girl I described earlier:,A USAID-supported psychosocial counselor named Pheomena Bisengo helped to resolve the harassment that was happening to the girl at school, provided emotional support, and created a recovery plan for her.

In the DRC and around the world, USAID is supporting the work of people like Pheomena who are fighting to combat the stigma that too often accompanies acts of gender violence.

In Colombia, Tania Duarte Díaz works with Caribe Afirmativo, a group that advocates for equal rights for the LGBTI community. The USAID-funded group was formed in 2007 after the hate-motivated murder of professor and advocate Rolando Pérez. From 2007 to 2014, Caribe Afirmativo recorded 119 murders of LGBTI individuals on the Caribbean coast, and 70 percent of those murdered were transgender women. Shockingly, of these 119 murders, only 25 cases have been brought to trial—and there have been only five convictions. 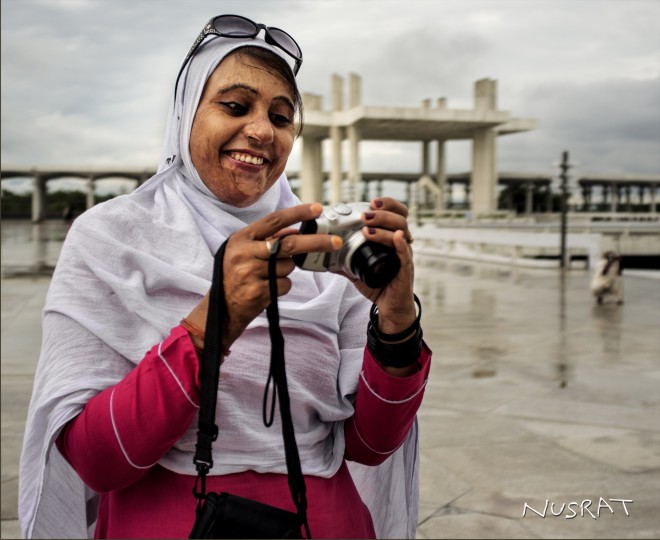 Efforts to destigmatize gender-based violence also work to empower survivors. For instance, acid violence is a particularly outrageous form of torture that involves throwing corrosive acid at the faces of victims. This not only disfigures the victims’ faces, stealing their identity and eroding their self-image, but also has a catastrophic effect on their lives, as they wind up ostracized and socially isolated. Acid violence is one of the worst forms of domestic violence; it is most often directed against women, but children and men may also be victims.

In Pakistan, Nusrat Bibi received photography training from the Acid Survivors Foundation. As part of a rehabilitation process that includes developing new skills, the foundation taught nine acid attack survivors, including Nusrat, ways to express themselves through their photography. The work of these survivors was featured in three different exhibitions in Islamabad.

That training received a grant from the USAID-funded Gender Equity Program with the Aurat Foundation. The Gender Equity Program, a five-year, $40 million program that issues small grants to Pakistani governmental and non-governmental organizations, actively supports women’s economic, political, and social development and works to change societal attitudes toward women.

During this year’s 16 Days of Activism against Gender-based Violence campaign, I ask that we all be be proactive in ensuring that response and prevention strategies are integrated into into our work. I ask that we stay vigilant against those who want to hurt people for being different—because of their sex or gender or because they seek to change discriminatory social norms. Finally, I ask that we hold perpetrators of gender-based violence morally, socially, and, most importantly, legally accountable.

Most of all, I join you in aiming for a world where stigma against survivors no longer exists—and where, ultimately, gender-based violence itself is eradicated, once and for all.

« When Violence Is Not the Exception
Keeping it Local: One Youth Leader Who Is Fighting Corruption in Ukraine »
Categories: USAID