When Violence Is Not the Exception 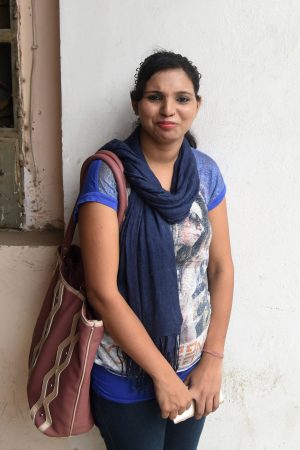 Anju, before heading off to a job interview. /Amy Fowler, USAID

It had been only six months into the marriage before Anju’s* dream of a “happily ever after” was shattered to pieces. Hailing from Haryana, a state known across India for its shockingly high rates of female feticide, Anju dared to believe that her husband would love and keep her well.

“In the beginning, he was very nice to me,” she says. “But it all changed when my father died.”

When her husband’s family realized that Anju may have received an inheritance, they began to demand more dowry. But Anju’s mother, try as she might, was never able to fulfill their requests. With a young son to take care of and already living in an unhappy household, Anju found her daily life worsening when her brother-in-law tried to force himself on her.

Anju turned to her husband for support and was shocked when, instead, he told her to accept the advances of his brother. It was then Anju learned her husband’s family traditionally shared women. When she refused to take part, they took away her phone, beat her, raped her, and threatened to force her into prostitution.

Worried for what her son would learn and how he would grow up, she tried to run away but was caught. As punishment, she was locked in a room, separated from her son, and starved. Her sister contacted the police, who helped rescue Anju and her son from her husband’s family.

Sadly, this sort of violence against women is not the exception. In India, rape is the fastest growing crime. According to the country’s National Crime Records Bureau, every 29 minutes, a woman is raped; and every nine minutes, a case of cruelty at the hands of a husband or relative occurs. Gender-based violence (GBV) is widespread. It threatens the health, freedom and security of victims and yet remains largely hidden by a culture of silence.

USAID, however, is working to change these statistics. Take Anju, who, through an aunt, heard of a USAID-supported crisis management center where she received psychosocial and legal counseling. With a newfound confidence, she is pursuing legal action and has a court case against her husband. In her words: “The day I first came here, I was so afraid. Now I know what I have to do. I am with my child. I am independent.”

This crisis management center, which to date has dealt with 1,905 cases, is supported under USAID’s Wajood project. Wajood works to increase access to GBV services such as counseling, trainings and linkages, and to transform negative gender norms within communities. 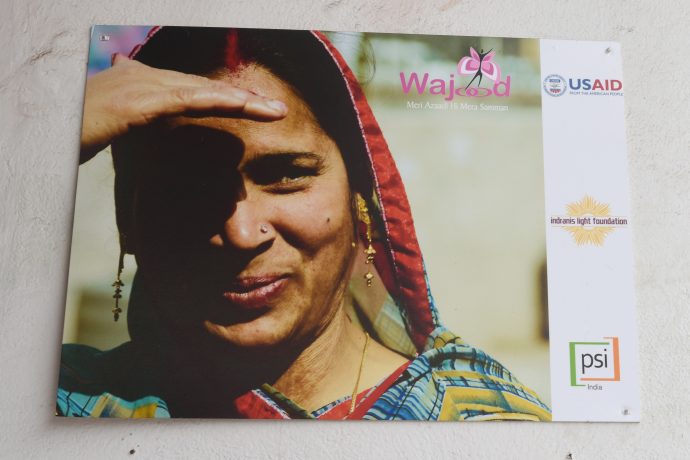 These efforts reflect USAID’s global commitment to prevent and respond to gender-based violence and promote women’s empowerment and gender equality. We know that sustainable and inclusive development cannot be achieved without ending gender violence.

Today, Anju has joined the many survivors who have been helped by this center and others like it. As she raises her son to respect women, she is now confident that she can “take action and live without a man.”

Her strength astounds me. When I first met Anju, she spoke hardly a word and would not look me in the eyes. Weeks later, and knowing that her story could help other women, she confidently told me and others her experience before proudly heading off to a job interview.

Her story is just one of many in the struggle against GBV, but it embodies the extraordinary courage and resilience of survivors. During these 16 Days of Activism Against Gender-Based Violence from Nov. 25 through Dec. 10, let us think of Anju and recognize the importance of ending GBV, not just so women like her can lead better lives, but also so the rights of everyone, everywhere, are forever protected and ensured.