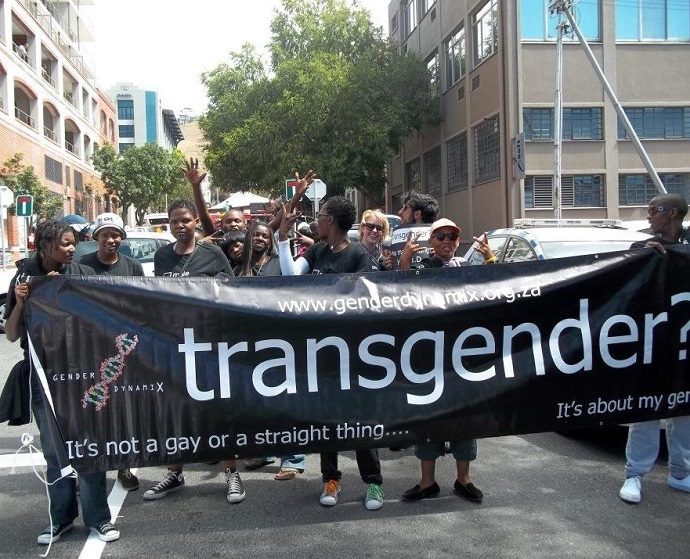 On Transgender Day of Remembrance—November 20, 2016—we solemnly reflect on the lives lost to transphobia. Yet we also have cause for hope. Across the globe, trans people—those who do not identify with the sex and/or gender roles they were assigned at birth—are successfully fighting for their rights.

One such place is South Africa, where Gender DynamiX (GDX), an organization that champions the rights of trans people, works tirelessly to raise visibility and increase tolerance and acceptance for this vulnerable segment of the population. GDX, which receives USAID’s support through the LGBTI Global Development Partnership, has become a national and global leader in increasing awareness of the trans experience; it works to stress that trans rights are human rights.

In 2003, South Africa passed Act 49, which allows South Africans to change their name and gender on identifying documents without undergoing any surgeries. However, the progressive vision of Act 49 remains unrealized as only a few trans individuals of privilege have successfully changed their documents. Worse, gender-based violence remains horrifyingly common and only a small minority of South Africans accept trans people.

“In South Africa, being trans is still a difficult experience, especially for those who do not come from a privileged background,” says Tshepo Ricki Kgositau, executive director of GDX.

Over the last decade, GDX has made great strides not only in advocating for Act 49’s enforcement by supporting individual legal battles, but also by calling attention to the policy’s shortcomings in adequately protecting those who are disproportionately at risk of violence. “Right now, we’re sitting with a long backlog of criminal cases that have been opened for trans people who have been raped, physically abused, and even murdered,” explained Kgositau.

According to the South Africa LGBTI Landscape Analysis, there are on average 10 cases per week of “corrective rape” (sexual assault deliberately aimed at lesbians and gender nonconforming people) in South Africa and it is estimated that one trans person is murdered per month. Simply put: lives are on the line.

“An organization like GDX plays a vital role in advancing the rights of one of the most marginalized groups in our society…GDX’s greatest achievement was that of mobilizing transgender people and making them visible,” says Sibusiso Kheswa, former executive director of GDX.

A vital component of trans visibility is being seen by one’s own community. Through community organizing and conferences, activists are able to connect, not only to hone strategies but also to positively affirm each other’s identities. One such opportunity is CommsLabs. 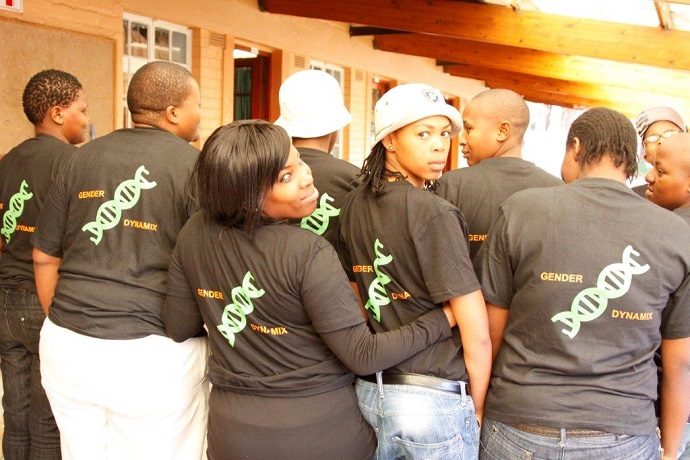 Led by the Astraea Lesbian Foundation for Justice, CommsLabs unites activists, human rights defenders, and technologists. Positioning activists as experts, CommsLabs enables individuals and organizations to share skills and technologies, and co-create accessible and regionally-relevant advocacy and communications tools that amplify their narratives of resistance and resilience. To date, CommsLabs in Colombia, Kenya, and South Africa have connected over 80 individual activists.

Several members of GDX participated in CommsLabs and subsequently redesigned GDX’s website to be more visually enticing and include tools that help trans community members connect. This is critically important. When people can see and connect with one another they can share important and life-saving resources and information.

“Communication is something that we’re building through the ways in which we’ve been engaging with one another since the CommsLabs program began,” adds Kgositau.

GDX leaders are integrating their CommsLabs experiences into their work and methods for supporting trans activists. The organization has set the foundation for country-wide coalition building with other trans groups to ensure full legal gender recognition, bodily autonomy, and self-determination for trans people.

On Transgender Day of Remembrance, as we honor countless lives tragically lost to transphobia, organizations like GDX provide hope for a world where trans people are remembered because they have survived.

The Astraea Lesbian Foundation for Justice works to advance LGBTQI human rights around the globe through grantmaking and philanthropic advocacy. @AstraeaUpdates

« Breaking Down Ethnic Divides in Macedonia
When Violence Is Not the Exception »
Categories: LGBT