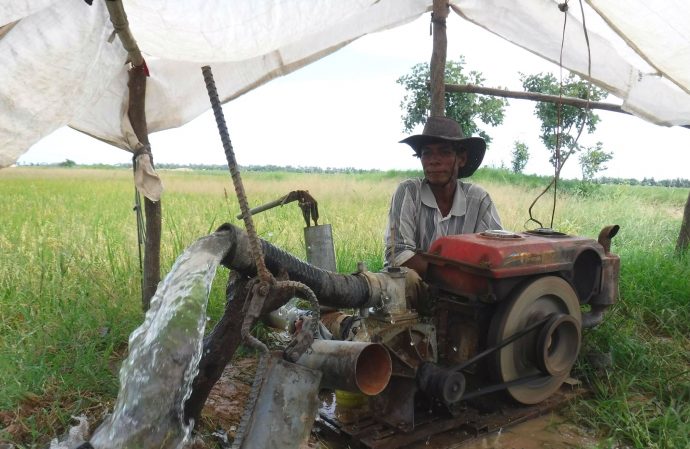 As part of the Groundwater Modeling Workshop, participants visited the Batheay district of Kampong Cham province in Cambodia, where they examined groundwater pumping wells, like the one pictured, and discussed methods for determining groundwater flow direction. /Cambodian Ministry of Environment

‘A’ohe hana nui ke alu ‘ia. (No task is too big when done together by all.)—Hawaiian saying

As members of the International Union for Conservation of Nature World Conservation Congress gather in Hawaii this week to shape the direction of conservation and sustainable development, USAID celebrates its partnership with U.S. Pacific Command and the U.S. Army Corps of Engineers to protect the livelihoods of families in the Asia-Pacific.

Collaboration between USAID and the Department of Defense (DOD) is decades strong. While both organizations have very different missions, we often find ourselves in the same spaces, in places where the most vulnerable live, and during times of complex crises that require a “whole-of-government” approach to save more lives, end extreme poverty around the globe, and build resilient democratic societies.

Richard Byess, program officer at USAID/Cambodia; Natalie Freeman, USAID senior development adviser at U.S. Pacific Command; and John Daley, U.S. Army Corps of Engineers liaison officer in USAID’s Office of Civilian-Military Cooperation, offer their on-the-ground perspectives on what can be achieved when a spirit of civilian-military cooperation thrives in places like Cambodia and Bangladesh.

Q: Why is the Asia-Pacific region a natural space for cooperation and collaboration between USAID and the Department of Defense?

Freeman: The Asia-Pacific is home to more than 50 percent of the world’s population and composed of countries and thousands of islands that take up half of the earth’s surface. For the U.S. Pacific Command (PACOM), Asia is an exciting and pivotal time for U.S. policy in the region. In the past 30 years, we’ve seen a boost in prosperity, propelling hundreds of millions out of extreme poverty, and a growing middle class.

But despite this, there is a possibility that the region’s prosperity may be derailed because we have yet to address complex development challenges, such as governance in certain countries that inhibit marginalized societies from reaching their full potential, which impact not only our partner nations, but also PACOM, and U.S. national security. This is why USAID is working with PACOM and the U.S. Army Corps of Engineers (USACE) to ensure that the progress we gain together will be sustained for the long term. 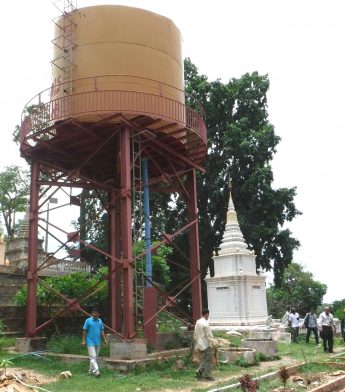 Q: What does civilian-military cooperation look like “on the ground”?

Byess: In the past five years in Cambodia, USAID has worked with the Office of Defense Cooperation (ODC) on some 58 civilian-military activities, most of which have improved learning conditions for children and have provided access to health services for local residents. Together, USAID and ODC have also rehabilitated schools and health clinics, much of which was possible through the State Partnership Program with the Idaho National Guard.

There are also numerous water programs that USAID, PACOM and USACE have collaborated on throughout the Asia-Pacific that have helped people adopt more resourceful and efficient ways of accessing and managing groundwater resources.

Q: How is the U.S. Army Corps of Engineers working with USAID to help families in the Asia-Pacific, especially in the face of climate change?

Daley: A recent example of collaborative USAID/DOD programs in the Asia-Pacific is the Groundwater Modeling Workshop, held in August 2016 in Phnom Penh, Cambodia, for multiple ministries and local civil society organizations. The workshop was requested by the Cambodian Ministry of Environment to explore the effects of climate change on the depletion of groundwater sources in Cambodia. USACE provided groundwater modeling instruction, and at the workshop’s end, participants walked away with tools and concepts to better understand the impacts of climate change, and other influences, on Cambodia’s rivers and waterways. The workshop was funded by PACOM and supported by USAID’s Office of Civilian-Military Cooperation.

Freeman: Climate change is one of those areas that make sense to work together on because it impacts all of us. In Bangladesh, for example, USAID and USACE have been working together since 2011 as partners in a $40.5 million multipurpose cyclone shelter project to help prepare Bangladeshis for future tropical cyclones. So far, 60 to 70 cyclone shelters have been constructed, and the project is anticipated to be completed in December 2017, with a goal of constructing 100 safe havens for up to 180,000 people.

Q: What advice would you give to other USAID mission staff when working with the military?

Byess: It is USAID’s policy to cooperate with DOD in order to support the Agency’s mission and advance development objectives. Our interagency partners can be most effectively brought in when we avoid duplication of effort and resources.

Freeman: Cooperation is necessary at the policy level. At USAID, we are working to institutionalize the sharing of USAID country development cooperation strategies with DOD while in draft. We also encourage DOD to welcome USAID input into DOD policies, strategies and plans that impact our shared space. This exchange is critical for our partnership and allows it to have lasting impact.

Kristen Byrne is a strategic communications and outreach specialist with USAID’s Office of Civilian-Military Cooperation.

« If Fighting Hunger Were an Olympic Event
How Vocational Training Is Changing the Destinies of Morocco’s Youth »
Categories: Asia · USAID