If Fighting Hunger Were an Olympic Event 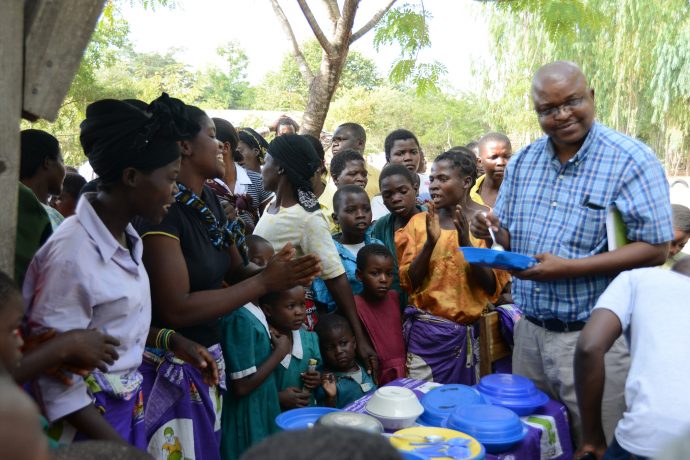 One of USAID’s best weapons for fighting hunger in Malawi is Emmanuel Ngulube, an officer with the Agency’s Office of Food for Peace who has dedicated his entire career to fighting hunger across Africa.

Emmanuel grew up in Zambia and remembers the effects of drought in the 1980s. “We were lucky,” he said, “My father worked for the mines and he could afford to buy food imported by the government, but others relied on emergency food assistance.”

Before beginning his career with USAID 10 years ago, Emmanuel was already heavily involved in food security issues as a planner in the Office of the Minister of Agriculture in Zambia, as well as a manager in Zambia’s Food Reserve Agency.

As a program specialist for Food for Peace in the USAID mission in Zambia, Emmanuel spent four years deepening his passion for helping rural communities find long-term solutions to hunger. That fervor traveled with him when he relocated to Malawi to help communities recover from crises and develop lasting food security. 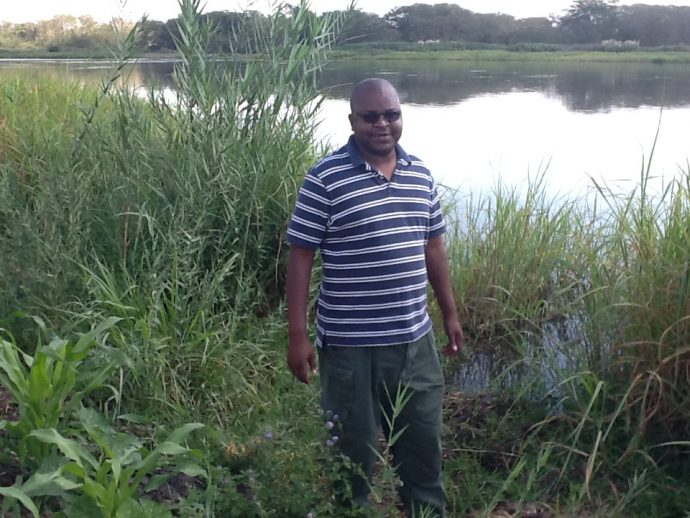 On the banks of Shire River in Nsanje district, Malawi /Emmanuel Ngulube

Reflecting on his career, Emmanuel said, “The more years I work in food security, the deeper my roots grow and I become more passionate about it.”

Emmanuel’s favorite part of his job is getting out into the rural communities to meet with people, work together and see the fruits of his work flourish. He says he’s always impressed at how many ideas the communities contribute to become more resilient and break the chronic cycle of hunger and poverty.

One woman’s innovative idea in particular stands out to Emmanuel: Ezelyn Kazamira participated in a USAID-funded Village Savings and Loan group and used her dividend to purchase and rent out a motorized pump to farmers in her village to assist with irrigation.

According to Emmanuel, “Not letting development gains be eroded by recurrent floods and drought or climate change is the biggest challenge [to USAID’s efforts to improve food security].”

He’s referring to disasters such as the historic floods in 2015, during which Emmanuel helped USAID and the U.N. World Food Program successfully preposition stocks of food in order to reach the communities hit hardest. Or regional disasters like the Ebola outbreak—Emmanuel’s most memorable and biggest emergency to date. He, alongside others in USAID’s disaster assistance response team, made sure families could still access food, despite closed borders, limited movement and depleted markets.

In the midst of the Ebola crisis, another less visible crisis arose–a food crisis. / USAID

Despite these food security challenges, food insecure families are in good hands with Emmanuel on the ground. For the last 10 years, he has been championing both emergency and development food assistance efforts. And if food assistance were an Olympic event, Emmanuel Ngulube would win a gold medal.

« A Behind-the-Scenes Look at What It Takes to Deploy with the World’s Only International Volcano Response Team
How USAID and the Military Are Building Resilience in the Asia-Pacific »
Categories: Food Security · Humanitarian Assistance · Sub-Saharan Africa · USAID