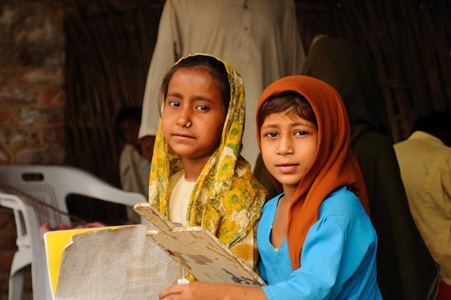 Two little girls reading in Pakistan. / Save the Children

“Rose,” 16, never expected to end up living in the streets of Abidjan, sleeping nights under a table in the marketplace and having to sell sex for survival. She left her village in rural Côte d’Ivoire for a promise to live with her aunt in the city to attend school and perform domestic chores.

Things did not go as planned. Rose experienced harsh verbal abuse at the hands of her aunt and sexual abuse from her uncle and, in the end, her aunt threw her out of the house.

Rose was eventually discovered and taken to a transit center supported by a USAID PEPFAR (President’s Emergency Plan for AIDS Relief) project implemented by Save the Children. Through this center, she was able to gain the strength and skills to return to school, despite testing positive for HIV/AIDS.

As a child labor practitioner, I am well aware of the risk factors for girls becoming domestic workers when migrating from rural to urban settings. So I have to wonder: Could we have helped Rose earlier, preventing the extreme trauma she experienced? 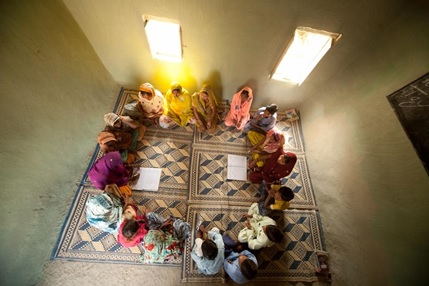 Girls sit in a circle in a classroom in Pakistan. / Save the Children

Every June, people from around the world commemorate the World Day Against Child Labor to speak up for the 168 million children working under harmful conditions in various sectors—including agriculture, on construction sites, hidden in households and exploited in brothels.

Harmful child labor takes many forms. And too often development practitioners do not recognize the risks of child labor when designing activities to spur economic growth or increase agricultural output, or when responding to humanitarian emergencies during times of crisis and conflict when child labor is often prevalent.

In addition, child labor programming has historically been narrow in focus, only looking at the child workers’ needs (like school and vocational training) or that of their parents within a community, rather than recognizing other harms surrounding children.

We could serve children better if we took a broader view of their risks given their particular environment and situation.

For example, the removal of a child from harmful work on a cocoa farm and relocation to a school in a nearby town is considered a successful outcome. However, is it really a success if she has no familial care or ends up sexually abused and impregnated by her teacher?

The theme of this year’s World Day is Ending Child Labor in Global Supply Chains—It’s Everyone’s Business. Recent regulations, certification and monitoring schemes have made businesses more accountable for how their commodities are produced. But all duty bearers, including government agencies and donors, need to address these issues. Not only for children working in formal settings, but also for those working in informal settings, like households.

Identifying and then tackling the root causes of child labor is key, including interventions like 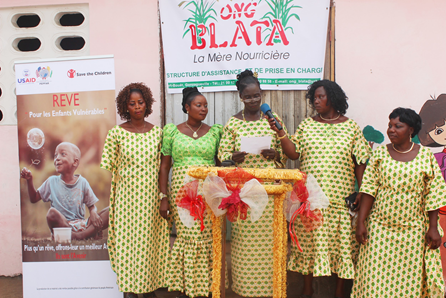 Economic strengthening activities for women are part of the USAID-funded PEPFAR project in in Abidjan, Côte d’Ivoire, that provides support to families affected by HIV/AIDS. / Save the Children

There is no silver bullet to deal with the worst forms of child labor, much less child protection risks globally. However, through enhanced coordination, integrated programming, advocacy efforts, and policy initiatives we can make a difference in the lives of children like Rosie.

We are on the right track. According to the International Labor Organization’s World Report on Child Labor, since 2008, the global level of hazardous and worst forms of child labor has decreased from 115.3 million children (7.3 percent) to 85.3 million (5.4 percent).

Let’s continue this work together and make it everybody’s business to keep children safe and protected.

Wendy Blanpied is a Senior Child Protection Specialist at Save the Children.