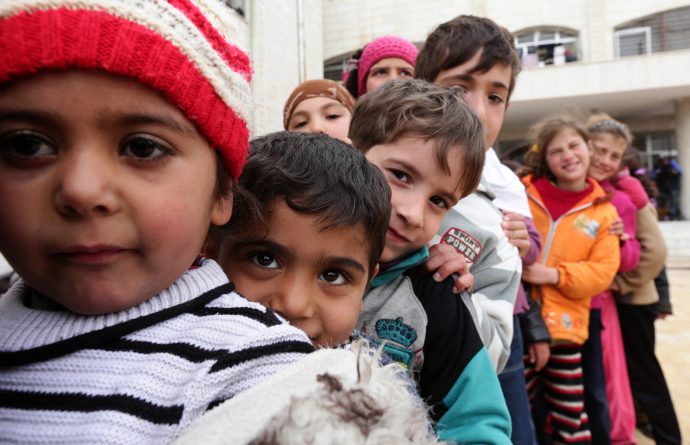 One in three Syrian children, born after the conflict began, have never known a life without war, insecurity or displacement. A new report reveals Syria has the second-largest number of internally displaced people in the world, due to conflict and violence. / Louai Beshara, AFP

While the Syria crisis has been going on for more than five years, it wasn’t until the lifeless body of a 3-year-old toddler washed up on the shores of a Turkish beach last September that the plight of the Syrian people made headlines again and struck a nerve with the general public.

His story — and that of the 12 other refugees who drowned with him — is part of a greater humanitarian tragedy unfolding worldwide.

Syria’s crisis has become the most pressing humanitarian emergency of our time. Since the conflict began, hundreds of thousands of Syrian refugees have crossed international borders, risking their lives to reach the safety of Europe.

But this doesn’t represent even half of the people fleeing the violence. Inside the war-torn country, 6.5 million people are internally displaced, meaning they were forced to flee their homes but stayed within their country’s borders.

Worldwide the picture is clear: Conflicts like the Syria crisis have changed the pattern of humanitarian needs, which are growing at an astronomical rate.

According to a new report released by the Internal Displacement Monitoring Centre, 40 million people globally were internally displaced due to conflict and violence by the end of 2015 — the highest figure ever recorded. More than 21 percent, or 8.6 million people, were newly displaced in the last year alone. 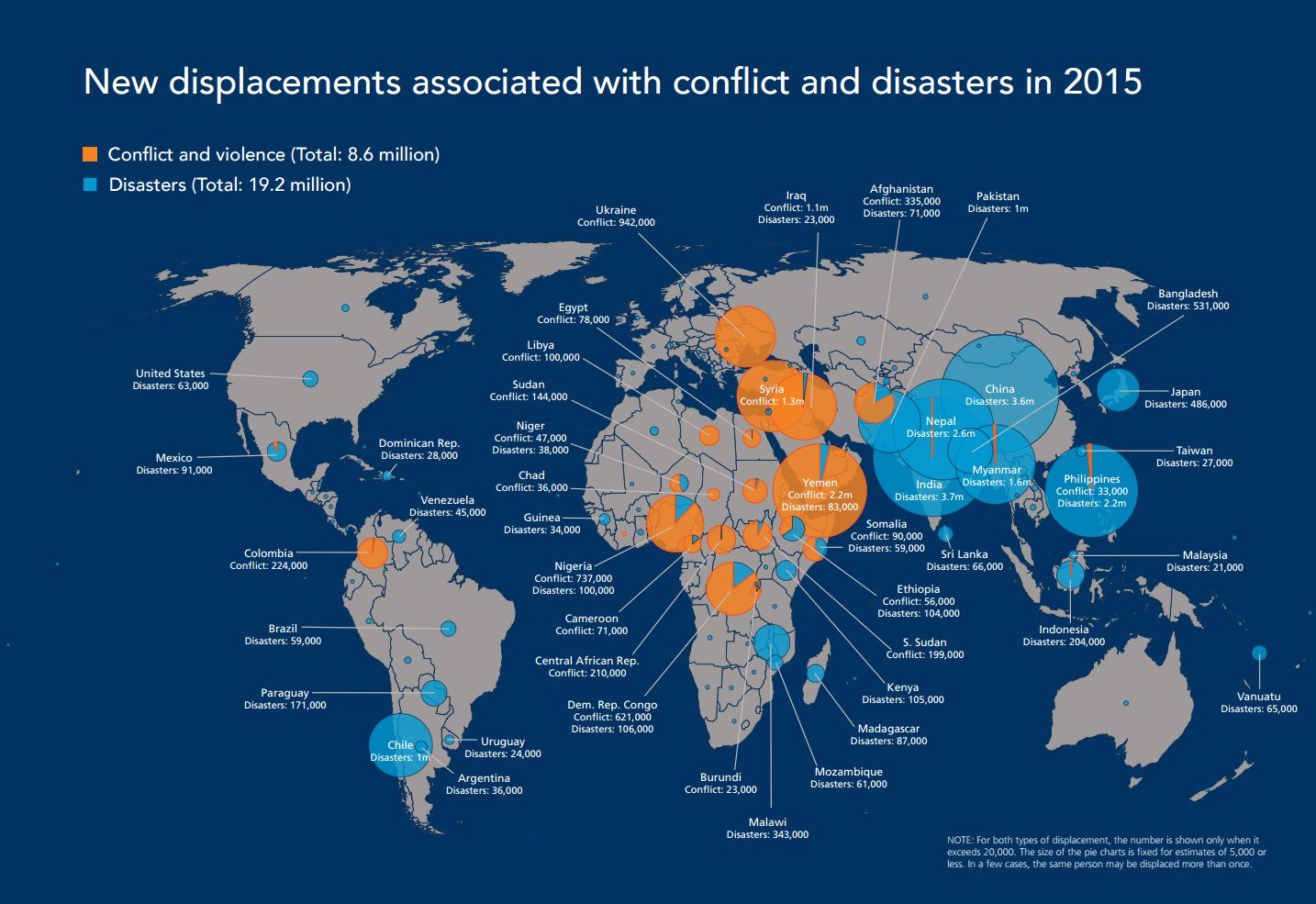 Most of these displacements occurred in the Middle East and North Africa, where fighting in Yemen, Syria and Iraq contributed to more people being displaced in this region than in all other regions in the world combined.

In addition to conflict, natural disasters contributed to record-breaking global population displacement, with storms, flooding and last year’s Nepal earthquake accounting for millions more people being uprooted from their homes and communities.

USAID’s Office of U.S. Foreign Disaster Assistance responds to an average of 65 disasters in 50 countries every year, working to ensure that humanitarian aid reaches internally displaced people (IDPs) around the world.

Globally, there are twice as many IDPs as there are refugees. But since IDPs remain in their country and don’t cross international borders, they do not receive the same protection provided to refugees by international law.

To make matters worse, in some of the world’s most dangerous and insecure regions, humanitarian organizations are not given access to deliver critical aid to the people most in need.

We also support activities that protect the most vulnerable — like women, children and elderly people — as well as programs that help address the physical and emotional trauma endured before, during or after a crisis. 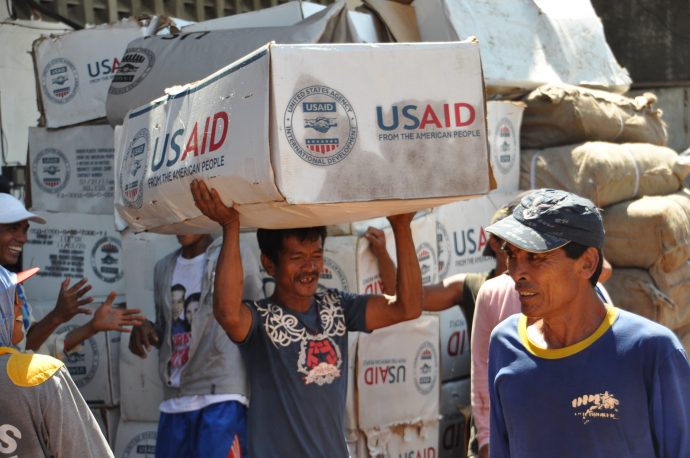 But the reality is that the humanitarian system is straining under the weight of today’s multiple and complex global challenges — from conflicts that won’t end to the widespread displacement they fuel.

It’s an opportunity for us to work collectively with our partners and other countries, bringing all of our expertise to bear, to ensure that we can meet 21st century challenges. This is a significant and long-term task, but one which many agree is long overdue.

Today’s unparalleled challenges require new and innovative solutions. The United States is prepared to roll up its sleeves to figure out ways to better support our partners while continuing to serve the growing number of people who are in need of humanitarian assistance worldwide. 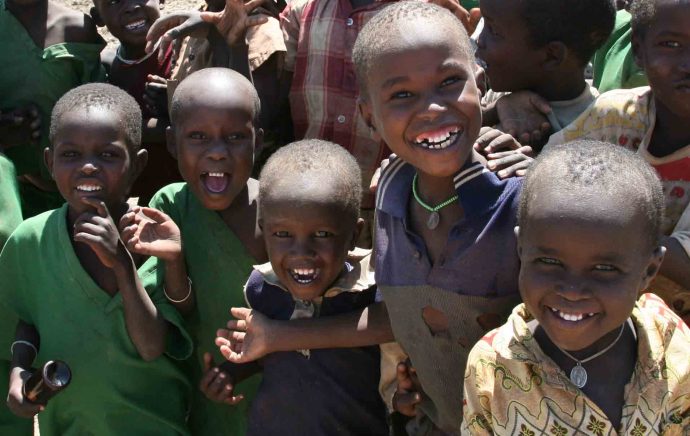 This month’s World Humanitarian Summit presents an opportunity for the international community to come together to form innovative solutions to help those most in need. / Michael Gebremedhin, USAID

« Delivering Life-Saving HIV/AIDS Drugs Around the World
Q&A: How We Are Working To Rid Mozambique of A Blinding Disease »
Categories: Humanitarian Assistance · USAID