Even Amid a Humanitarian Crisis, Education Cannot Wait

Posted by Evelyn Rodriguez-Perez on Tuesday, May 24th 2016 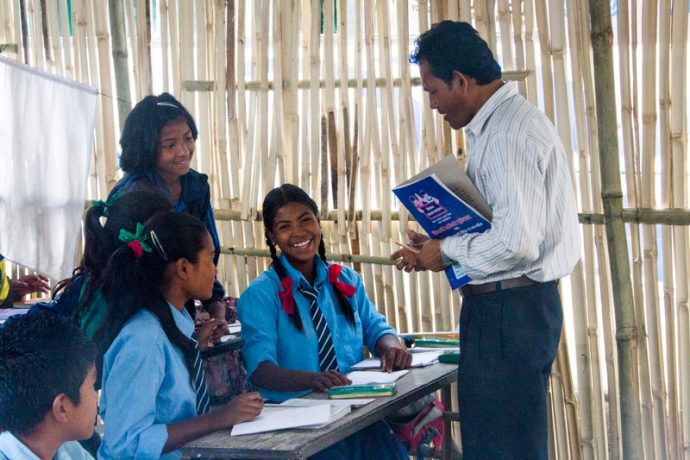 Education is a core component of a humanitarian response. However, too often education remains severely underfunded given competing priorities. But without it, children — and girls in particular — are at increased risk of abuse, exploitation, disempowerment or worse.

While working in international education for more than 30 years, I’ve seen how natural disasters, famines and wars can sideline education.

And yet we know from research — and our own life experiences — that going to school and learning is critical; it provides children with a sense of normalcy and helps prepare them for the future. An extra year of secondary school for girls can increase their future earnings by 10 to 20 percent. Research even shows that investing in women and girls can boost an entire country’s GDP. 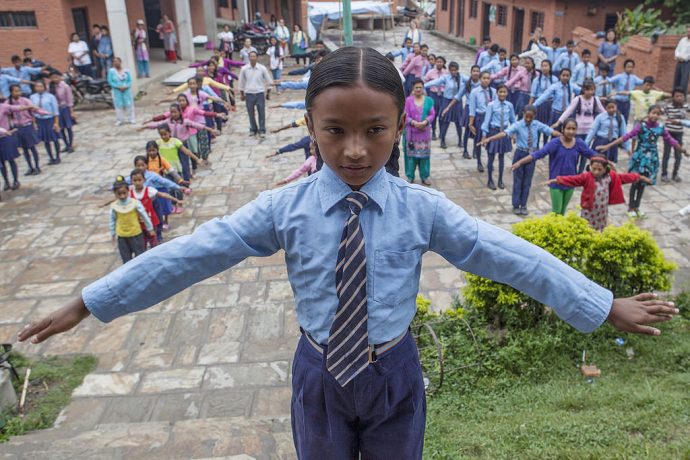 However, over the past decade, we have seen greater consideration of the long-term need of children affected by crisis and conflict. Education in these contexts is prioritized by the U.S. Government — we know it’s critical to the global effort to end extreme poverty and build peaceful democratic societies.

That’s good progress, but it’s not enough. As a result of the conflict in Syria, the world is experiencing the worst humanitarian crisis since World War II. Syria is among 35 crisis-affected countries where 476 million children are in desperate need of educational support. 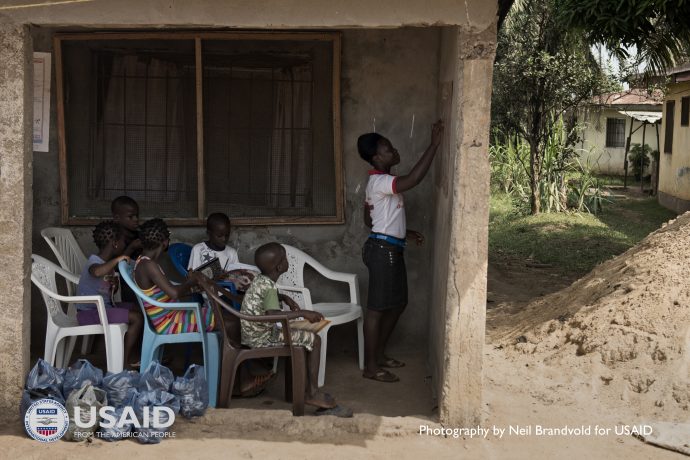 Aminata, 16, teaches her younger siblings while schools in Liberia were closed during the height of the Ebola epidemic / Neil Brandvold for USAID

A shift in USAID education response

For decades, humanitarian and development assistance were often partitioned, and this sometimes led to not focusing on returning many displaced children and youth to school until after a crisis or conflict had ended. Education has always been a key focus in the international refugee response; but this at times has not been true in the case of natural disasters or even in the case of internally displaced children.

As crises have become longer — families are displaced for 20 years on average — children may spend their entire childhood exiled from their homes. Without education, a new generation grows up without the basic skills needed to contribute to their community and society.

The U.S. Government is now committed to ensuring that whenever a crisis or conflict hits, education is not disrupted. Prioritizing the continuity of education reaps long term rewards, and contributes to a smooth transition from humanitarian assistance to sustainable development. 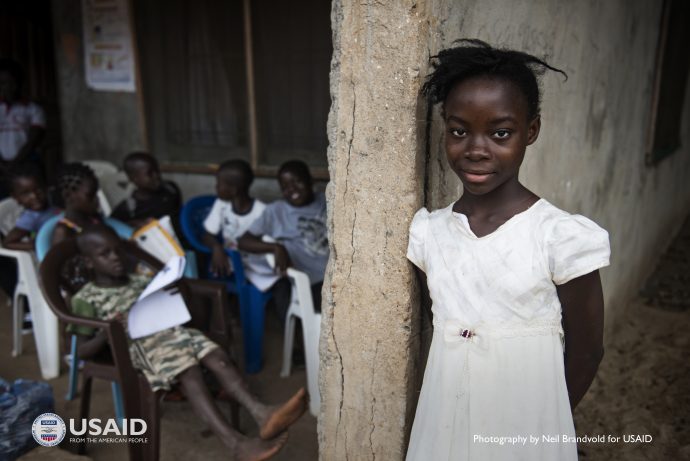 Victoria Cole, 12, hasn’t let the Ebola crisis interrupt her education. Here she participates in in an outdoor classroom while schools in Liberia were closed during the height of the Ebola epidemic / Neil Brandvold for USAID

In the past year, the United States has responded to the education needs of children living in a range of crises, including violent conflict in South Sudan, gang violence in El Salvador and Guatemala, the Syrian refugee crisis, earthquakes in Nepal, and the Ebola outbreak in Liberia.

Bridging the humanitarian and development divide

No one donor can do this alone — we must work together with countries affected by these crises and a range of education experts. That is why the U.S. Government is enthusiastically supporting Education Cannot Wait: A Fund for Education in Emergencies.

The fund is championed by the UN Secretary-General’s Special Envoy for Education Gordon Brown, Chair of the Global Partnership for Education’s Board of Directors Julia Gillard, UNICEF’s Executive Director Anthony Lake, the U.S. Government and other donors.

Education Cannot Wait, managed by UNICEF, will help transform the global education sector and bridge the humanitarian and development divide by collaborating with non-traditional actors for a more agile and rapid response to education in emergencies. Ultimately, the fund will increase safe and quality education so that all children have the opportunity to learn, amid emergency and protracted situations.

With 75 million girls and boys most directly affected by crises globally, we know that solving this problem requires collective action. This is why we call on the private sector, host country governments, civil society, and traditional and non-traditional donors to all come together.

Education Cannot Wait must engage new actors — non-traditional donors, the private sector, foundations and philanthropists — to contribute to financing the platform. They can make education as much a priority as food security, shelter and health. New actors can unlock new funds, and their participation can help the international community create transformative and long-lasting change in the lives of the world’s most vulnerable young people.

It’s a challenge that must be addressed through strong political will and financial support.

As a veteran development worker and education specialist, I’ve seen firsthand what happens when children and youth are given an education–how going to school and continuously learning allows them to heal and grow.

These children and youth, when provided with an education are given a new hope for a better future and a chance to succeed — they become self-sufficient, are better able to earn a decent living, and contribute to their societies in a productive way. We all benefit.

« Q&A: How We Are Working To Rid Mozambique of A Blinding Disease
Resilient Health Systems Can Prevent and Contain Pandemics »
Categories: Education and Universities · USAID · Women · Youth