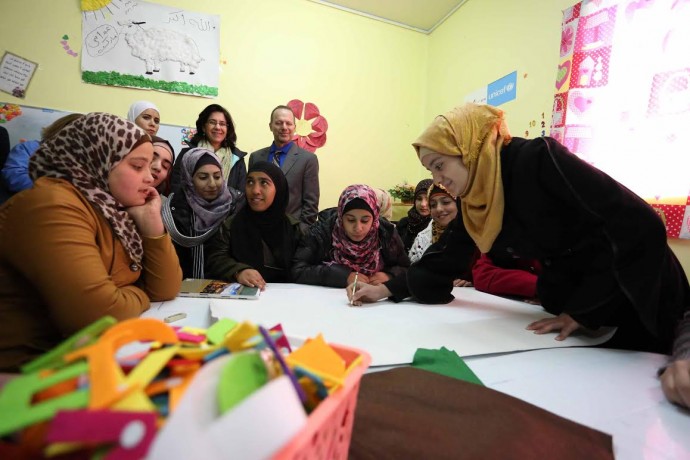 In Jordan, this opportunity is much-needed for thousands of young people. At least 21,000 Jordanians ages 12 to 15 are not enrolled in school. In addition, Jordan hosts 80,000 school-aged Syrian refugees who are also out of school.

Youth who do not complete their schooling take the lowest-skilled, lowest-paying jobs and are often exposed to labor exploitation. They may resort to street hustling and suffer from social stigma, labeled as “failures” or “criminals.” 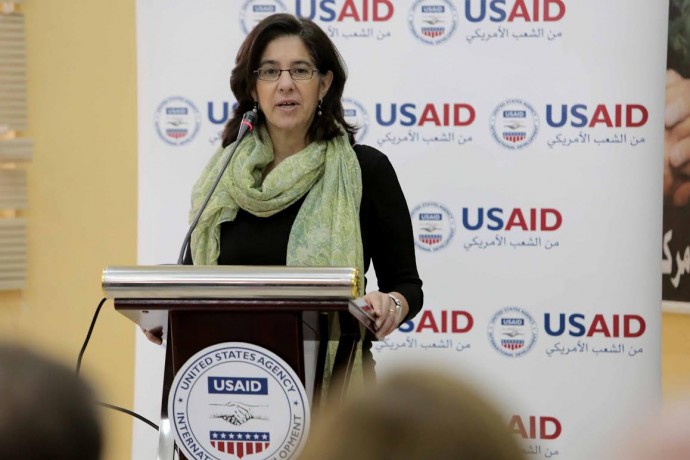 To help these youth, a new USAID program will expand non-formal education to 28 new school-based centers across Jordan. Together with the Jordanian government and our NGO partner, we will enhance the prospects of vulnerable, out-of-school youth, both Jordanian and Syrian.

Last month, I had the honor of speaking at the launch of our non-formal education program in Ma’an, Jordan. I met with 25 youth from across the governorate, one of the most impoverished areas in the country.

The youth I met at the center told inspiring stories of how the program boosted their confidence and deepened their self-esteem. These young men and women, Jordanian and Syrian, each had an inspiring tale of how their participation in the program and the mentoring they received transformed them.

In one classroom I visited, young men eagerly engaged in an anatomy discussion. In another, gregarious young women laughed and joked as they discussed their friendships and the surrogate family they have become. All were appreciative of the safe space and opportunity to learn in the program.

However, non-formal education is not the only way forward. Jordan’s Ministry of Education is committed to finding pathways to formal education for all out-of-school children. The Ministry will enroll an additional 50,000 Syrian refugee students in school for the 2016-2017 school year — in addition to the 143,000 who are enrolled in the current school year. 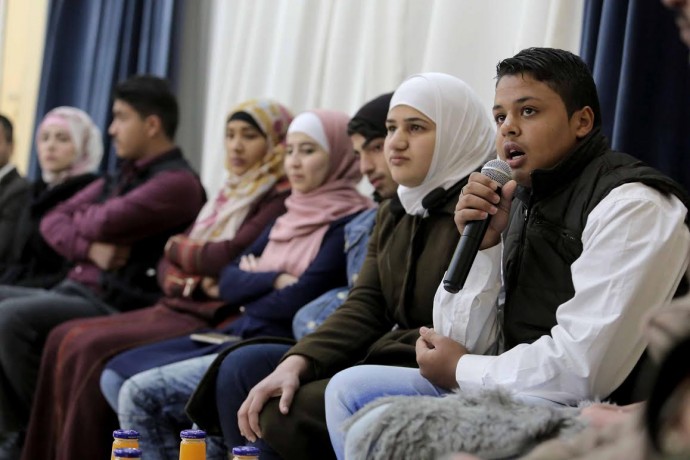 Later during my trip, I visited Jordanian youth from two leading youth organizations: Al Qantara and Future Makers. They were engaged in a USAID-sponsored youth and civic engagement initiative.

They discussed the challenges they face in their communities, their aspirations, and creative approaches to meeting these challenges. They spoke eloquently about the need for recreational facilities, more English language instruction, and a desire for more adult mentoring their lives.

They also expressed deep frustration at the stereotypes often raised about socially conservative governorate, Ma’an: “terrorists,” “trouble-makers,” “extremists.” Most powerfully, they spoke passionately about a way forward, brimming with positive ideas and energy — perhaps the most powerful refutation of those ill-conceived labels.

I came away from my trip inspired by the hope and dynamism embodied in these young people. Their energy and desire to succeed are a potent reminder of the promise of Jordan’s youth and the power of USAID’s partnership with the Jordanian people.

Mona Yacoubian is the Deputy Assistant Administrator for the Middle East Bureau at USAID.

« USAID Continues to Deliver on Aid Transparency
As the World Focuses on Zika, Malaria Continues its Deadly Toll »
Categories: Education and Universities · USAID