Ending a Global Epidemic of Tuberculosis in Children

“When my daughter got sick, I took her to a clinic in my neighborhood. They gave her cough syrup for seven days. I thought she was getting better, but it was apparent that she was still ill. After another examination, they referred her to St. Paul Hospital in Addis Ababa where they put her on oxygen and started taking blood sample after sample and injection after injection for a month. Her condition did not get better so they gave her another medicine. The doctors then decided to take blood from her back…only then did they know it was tuberculosis.” — Atsede Tefera 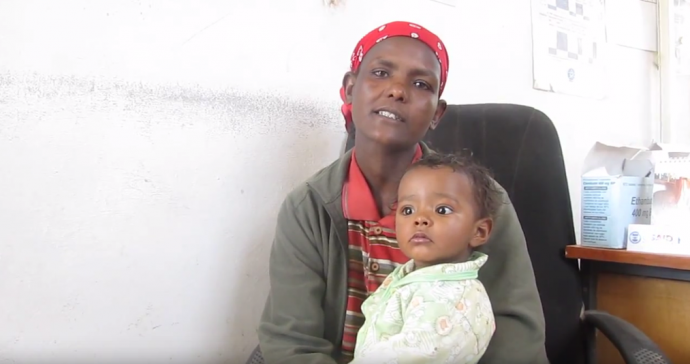 Atsede Tefera with her daughter, Nigist, who was diagnosed with tuberculosis at a hospital in Addis Ababa, Ethiopia. / MSH Ethiopia

Atsede Tefera, photographed above, recalls three months of long delays in the diagnosis of tuberculosis for her daughter Nigist, who was eventually able to start treatment for the disease.

Tuberculosis (TB) kills more people each year than any other infectious disease, causing over 1.5 million deaths globally in 2014 alone. More than a quarter of cases are in Africa, the region with the highest burden of TB disease relative to population.

Children are among the most vulnerable, and all too often children with TB remain in the shadows, undiagnosed, uncounted and untreated. Today, more than 53 million children worldwide are infected with TB, and more than 400 die each day from this preventable and curable disease.

This global childhood TB epidemic is serious, yet historically neglected. Some children get TB at the same time as other chronic illnesses, such as malnutrition, making it even more lethal. However, TB is preventable through prompt diagnosis and treatment.

TB is an airborne disease, which is passed between people with symptoms by coughing or sneezing. TB often spreads in communities where people are living in close proximity to each other, putting those living in poor socio-economic conditions particularly at risk. 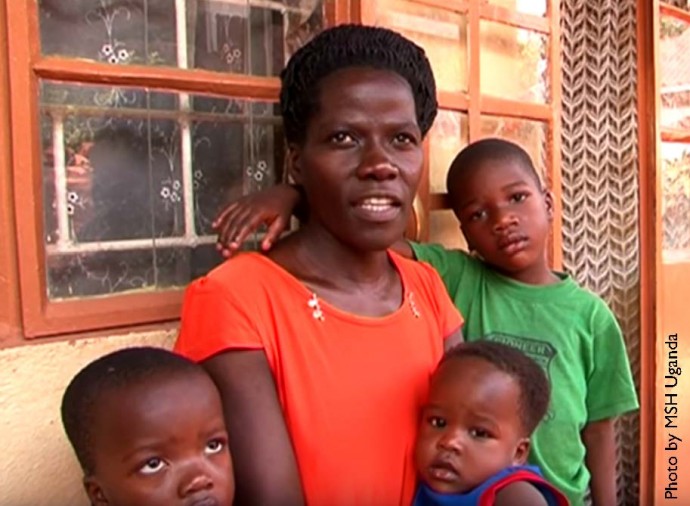 Children living with a parent who is diagnosed with TB should be systematically screened for infection. They should either be put on prophylaxis treatment, or if they start to cough, those cases should be identified early on. / MSH Uganda

In recent years, progress has been made to combat childhood TB. The emergence of policies and guidelines across the Africa region that incorporate childhood TB, coupled with innovative treatment and child-friendly medicine, have moved us closer to tackling one of the oldest and most persistent diseases in the world.

However, a new analysis released today on World Tuberculosis Day, shows that in African countries, a persistent divide between policy and practice threatens to impede progress gained for addressing childhood TB across the region.

The analysis, a collaboration between USAID and its African Strategies for Health project, presents the landscape of childhood TB programming in 12 countries in Africa, and suggests three focus areas critical for moving the dial on this intractable issue:

No child should die from TB, which is preventable and curable. We have the policies, guidelines, medicines, and health service delivery platforms needed to make this vision a reality. The time to apply these instruments – to end preventable child deaths due to TB – is now.

Keri Lijinsky is the HIV/AIDS and TB Advisor at USAID’s Bureau for Africa. This blog is co-authored with Rudi Thetard, Project Director for USAID’s African Strategies for Health project.