In my country, the Democratic Republic of the Congo, land is the lifeblood of the population: It nourishes people, allowing them to prosper and grow. However, ineffective management of this land has also led to conflict and violence.

Today’s technologies offer an opportunity for citizens to be better tenants of the land.

As the project manager for the Sharing the Land initiative, I work with a team to help local communities improve the way they manage land ownership and address disputes. GPS data gathered from satellites is one tool that we’ve introduced to solve land-based conflicts. We also use household surveys to gather information on conflict, a family’s assets or demographics.

Once the team has plotted this information on interactive maps using Geographic Information Systems (GIS), anyone with internet access can visualize and better understand land ownership in the city of Beni in North Kivu province. Our goal is to have these interactive maps up and running from both a public website and the Christian Bilingual University of Congo library. 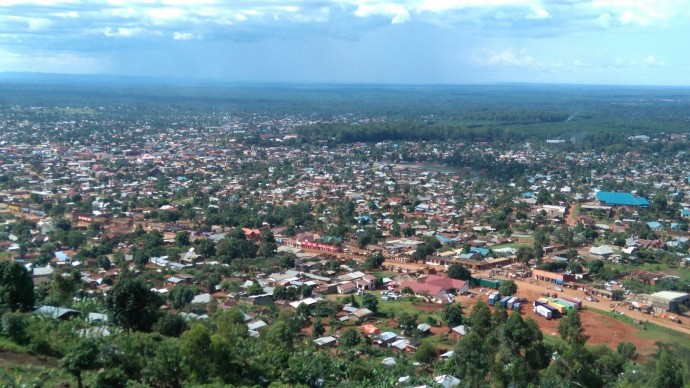 The city of Beni in North Kivu, Democratic Republic of the Congo. / Christina Mukongoma

The Makings of Conflict

Land conflict has a long history in eastern Congo. In the late 19th century, King Leopold of Belgium’s tyrannous rule disregarded the authority of existing leaders and claimed vacant land for his own use, laying the foundation for the development of two overlapping systems of land management. Even after his reign, tension remained between land controlled by customary authorities and land controlled by the state, which only grew worse in the early 1970s when new land laws were introduced.

To this day, this issue has never been fully resolved. Weak laws and poor land management continue to hinder economic development and urban planning in my city, Beni.

Growing up in Ituri in the Orientale province of northeast Congo, my family and I experienced inexplicable torture. The summary execution of civilians, the abuse of human rights, and the destruction of property by armed groups divided my city.

Knowing this violence in my community was preventable inspired me to take action. As a student at the Christian Bilingual University of Congo, I found others who were seeking community-based solutions to conflict. 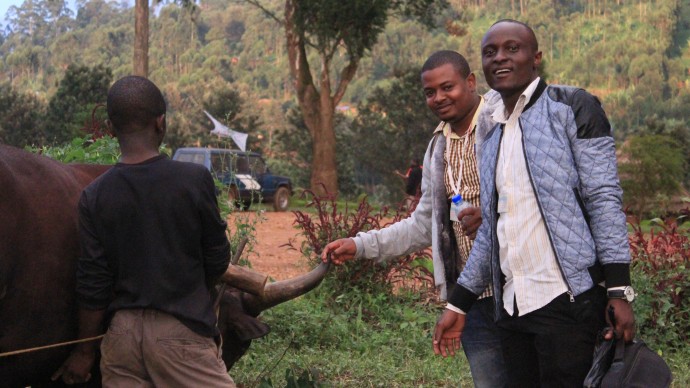 The Start of Something Good

In 2014, several protests over existing land management practices in Beni prompted my university’s Integrated Research Institute to learn more about land conflict in the city. Together, we began to plan.

First, we came up with the idea of using GIS software to map land parcels, creating layers to track the differences in state ownership and historical ownership. The immediate benefit of this would be twofold: It would help clarify the land purchasing process, while also giving the land authority a better platform for managing land ownership data.

Before we could put our plan into action, the Sharing the Land project needed support. Our team won a Transformative Solutions Grant from the Center on Conflict and Development (ConDev) at Texas A&M University last year, financing the first phase of our land mapping initiative.

Our partnership with ConDev has helped us collect information from both high-tech sources and community members. We first tried using an unmanned aerial vehicle to capture high-resolution aerial imagery, but later switched to a method using GIS and GPS technology, community organizing, and networking to create a base map of Beni.

We also gathered land ownership information from the records of the customary chiefs and state technical services, as well as through household surveys we conducted with landowners and tenants in the Masiani neighborhood.

Using QGIS and ArcGIS software, we’re not only mapping roads, streams and buildings but also conducting advanced data analysis that incorporates demographic and household information from the surrounding area. 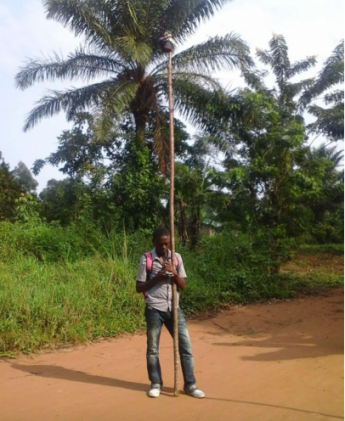 To successfully change land management, we are sharing our data with policy makers, mediators, and the public to help resolve arguments over land and prevent future conflicts.

Support from ConDev and USAID set us on the path to achieving our ultimate goal:  formalizing our database and becoming the go-to resource for land information in eastern Congo.

To date we have mapped a total of 531 land parcels and documented 29 cases of conflict in our database, but our work is not yet finished.

In early 2016, we plan to partner with UN-Habitat to provide land administration training to government officials in North Kivu, South Kivu and Orientale provinces in an effort to strengthen urban planning.

I hope that these future leaders of the DRC will not become bad managers of the state, or agents of further violence and crime in our communities, but rather agents of change. 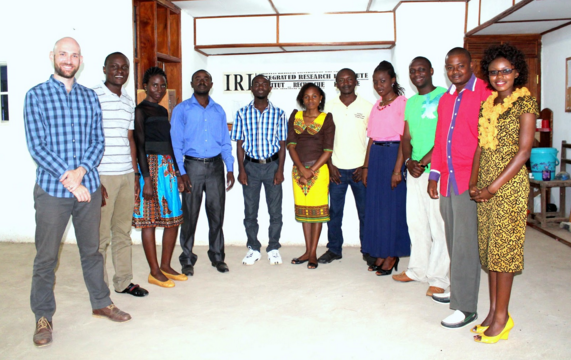 Archip Lobo is the project manager for Sharing the Land. He graduated from the Christian Bilingual University of Congo in 2014, where he worked on research to better understand problems in the community and propose solutions.