Loans in Bangladesh: Stories of Change

Somer Ali, Bashir Gazi and Shahinur Rahman have several things in common.  They live in Bangladesh, they work in the agricultural sector, and they’ve all struggled with the lack of available credit.

In Bangladesh, banks are often reluctant to lend money to poorer borrowers in the agricultural sector — where nearly half of the population earns its income — preferring to restrict their business to more financially stable clients.  However, this practice excludes most farmers from a vital source of credit, and prevents them from expanding or making the investments necessary to break out of poverty and build better lives. 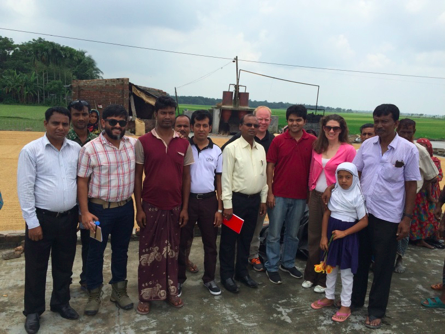 Fortunately, Somer, Bashir and Shahinur also share something else in common. All three are transforming their lives because they gained access to loans through USAID’s Development Credit Authority.

Somer Ali has been running a rice mill and dairy business for the past eight years.  He has 30 employees and a stable livelihood, but because he could not get a loan from a bank, he was never able to buy the land he farmed. Instead, he rented the land month by month.

Bashir Gazi earns an income by raising 8,000 chickens in a single story chicken coop.  Although Bashir is proud of his brood, he dreams of expanding his business. He approached a bank for a loan, but was turned away. Bashir had never received a loan before and did not have a credit history. Without a credit history, banks perceived him as a high-risk borrower. 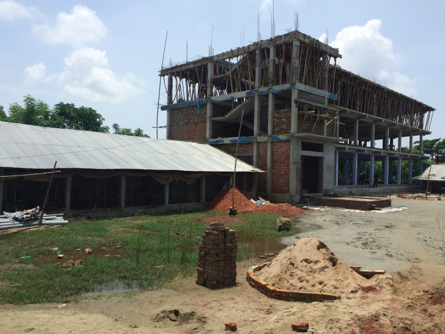 Even for Shahinur Rahman, who employs 21 people on his carp farm, banks were unwilling to open up their purse strings to offer a loan. After 16 years in operation, Rahman’s business was not only well-established, but also expanding. Many other promising small entrepreneurs like Rahman also face closed doors from banks.

Thanks to those efforts, Somer has been able to purchase the land where his rice mill and dairy business are. He now no longer needs to worry about the instability of renting, and hopes to receive a larger loan to continue expanding his business. Shahinur, too, received his first loan to grow his carp farm. 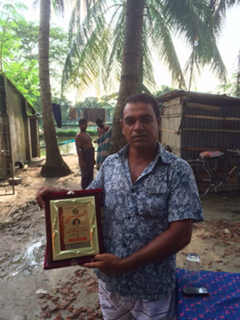 Shahinur Rahman with his award
from the local government for the quality of his fish. / Christine Ryan, USAID

Bashir shares a similar story. Thanks to USAID’s partnership with his local bank, he’s expanding his chicken business by more than 500 percent. He will soon have the capacity to house 45,000 chickens. This exponential business growth means a major boost in revenue, and for Bashir, it’s just the beginning.

Somer, Bashir and Shahinur are three of 239 agricultural workers in Bangladesh who gained access to financing through USAID’s partnerships with local banks since 2013. Each of these 239 individuals has their own story — their own families, hardships, ambitions and passions. But their stories have a common thread: one of the creation of possibilities where there once were none.

Through our partnerships with local Bangladeshi banks, we’ve mobilized $8 million in credit since 2003 — for every dollar that we’ve spent, $15 of private sector financing has been made available for lending. And USAID’s work in Bangladesh is only a small part of the picture. Since 1999, USAID’s Development Credit Authority program has mobilized $4.3 billion across 75 countries in support of development objectives.

Each loan granted offers new opportunities, and gives minds room to dream. And for every agricultural worker like Somer, Bashir and Shahinur that are empowered through access to finance, we are one step closer to a better, more prosperous world.