What We See in Lebanon and Jordan 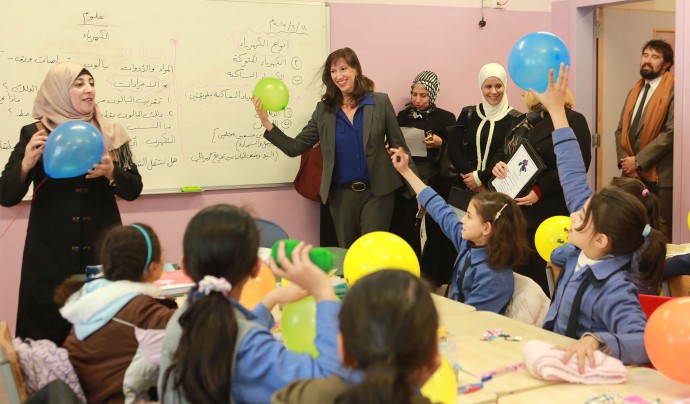 On a recent trip to Lebanon, we visited with a mother who fled Syria with her husband and school-aged children. Like most Syrian refugees, they are living in a local community—not the international camps you might picture when you hear the word “refugee.”

They left behind their home in Aleppo with just the clothes on their backs, and now rent a small two-room apartment with sparse furnishings and no heat. They are happy to be safe from the barrel bombs and fighting at home, but worry about the future—the children have been unable to attend school, and the husband’s intermittent work as an informal garbage collector does not make ends meet. As time goes on, they have had to cut back on even the most basic needs like food

These hardships and worries are inseparably shared by the generous people in Lebanon’s host communities, where water was already scarce and schools were already overcrowded. The juxtaposition of these communities’ warm reception to their limited resources is staggering.

Lebanon is currently hosting over 1.1 million refugees from Syria, and hosts the largest number of refugees per capita in the world. Syrians represent about 40 percent of Lebanon’s public school students, yet there are still more than 300,000 Syrian refugee children out of school in the country.

However, amid the struggles and ever-increasing needs faced by refugees and host communities alike, examples of hope and unity are emerging. 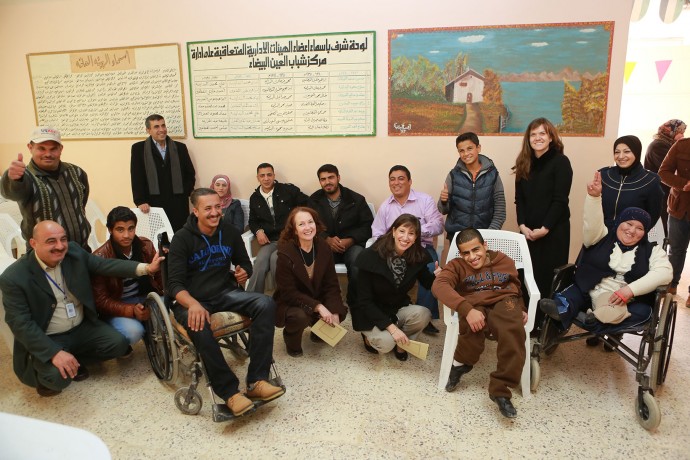 The American people, through USAID, have been helping Syrians since the beginning of the conflict more than four years ago. But we have been working with Syria’s neighbors—Jordan and Lebanon—for decades. Our short-term and long-term assistance has the same goal: to make sure people in Jordan and Lebanon have access to health care, education, clean water and a decent livelihood—so the people of the region can continue to lead productive and safe lives, even in the face of crisis.

One of my first priorities when I was sworn in as USAID assistant administrator for the Middle East was to make sure we did whatever we could to support those communities in Jordan and Lebanon, which were welcoming but challenged by the influx of Syrian refugees. 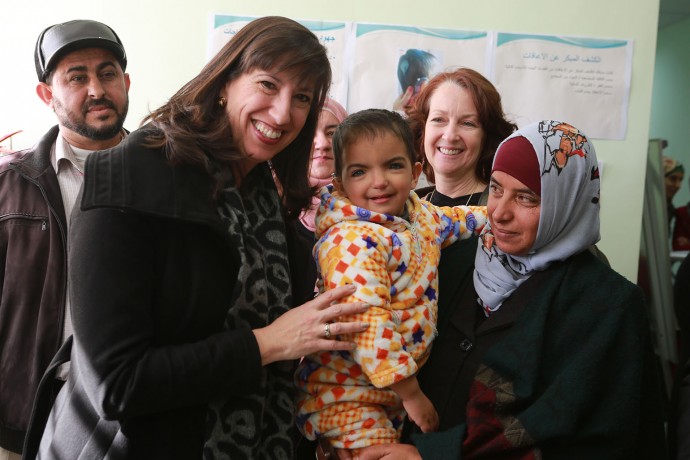 We are building new schools and rehabilitating and equipping existing classrooms in Jordan and Lebanon. We are also training teachers to deal with traumatized students, and those who have been out of school for months or years. But even with more classrooms, schools in both countries have so many students they are teaching in two shifts—one in the morning and one in the afternoon. One school we recently visited is asking parents to provide their own chair rather than turn away new students.

However, the problem is not just overcrowding. Money also keeps children out of school. Some families cannot afford transportation to school or the $60 school registration fee, which does not cover textbooks and supplies. Others are sending their children to work in fields or shops—or to marry at a young age—because money is running out and Syrian refugees cannot get the work permits necessary for formal jobs.

With these issues in mind, we try to make sure our humanitarian aid isn’t just a handout but actually an investment in society.

We saw this investment firsthand during a visit to a grocery store in a crowded suburb of Beirut. Our food assistance through the U.N. World Food Program comes in the form of an electronic payment card, which was accepted at this store and more than 400 others across Lebanon. With the card, refugees are able to shop at community grocery stores, select their own food and participate in the local community and local economy. This program has empowered refugees to become contributing community members in their own right. At the same time, the owner of this market proudly told us that he had hired additional stockers and cashiers to accommodate the uptick in business. These electronic vouchers have injected $1.2 billion into the economies of Syria’s neighbors and created 1,300 jobs.

We do this work on behalf of the American people because it’s the right thing to do—but it’s also in our national interest. To see what you can do, please visit www.usaid.gov/humanity-acts.

Paige Alexander is the assistant administrator in USAID’s Bureau for the Middle East. Follow that office at @USAIDMiddleEast.