South African Firefighters Save Lives Halfway Around the World 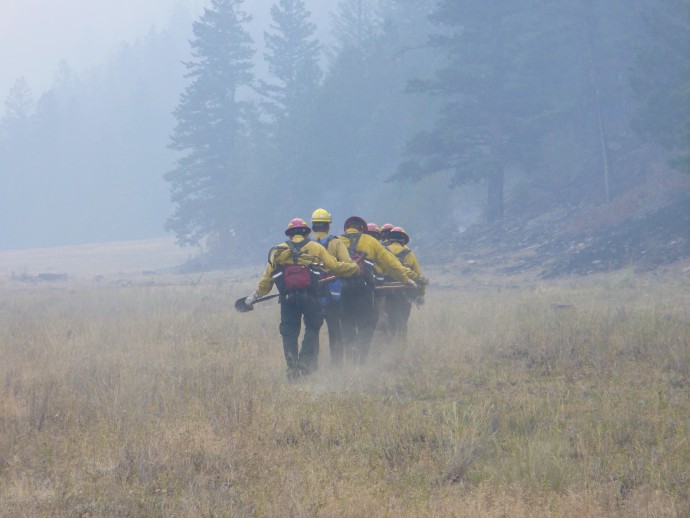 South Africa deployed a firefighting team for an international wildfire response for the first time this summer. Their presence was proof that USAID’s investments in building local disaster response capacity are paying off. / U.S. Forest Service

As enormous wildfires raged through Canada’s boreal forests this summer, hundreds of firefighters from Canada, the United States, Australia, Mexico and New Zealand came together in an extraordinary international effort to battle the flames. Working shoulder-to-shoulder with these teams was a group of firefighters from South Africa.

The South Africans made headlines because of their habit of singing and dancing together before heading to the fireline. They told reporters this was a way to alleviate tensions and solidify team bonding. While this unusual firefighting behavior got attention, it also made a difference.

“Maybe it took us a day to learn how they [the Canadians] worked. Then the following day, we were like, ‘It’s our country.’ We owned the fireline,” one South African firefighter told News24, a South African news outlet.

It’s encouraging when many countries come together to save lives. In this case, South Africa’s participation was inspiring both for the firefighters and for me, a regional adviser with USAID. It was the first time South Africa deployed a firefighting team for an international wildfire response, and their presence half a world away in Canada was proof that USAID’s investments in building local disaster response capacity were paying off. 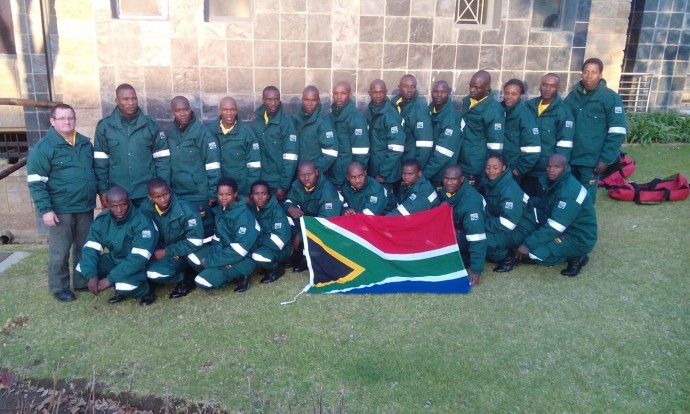 In six years, more than 3,600 South African fire personnel have received USAID-funded training, including 53 who have traveled to the United States for more intensive training. This training has helped transform South African firefighters into an elite team of disaster responders who can deploy worldwide to help others in need. In January 2015, a team deployed to Malawi to help the country respond to deadly flooding.

Then the fires in western Canada broke out.

In July 2015, 48 firefighters flew from South Africa to Alberta to join the international firefighting effort. The firefighters were able to deploy thanks to a program called Working on Fire, which was created in September 2003 as part of the South African Government’s initiative to create jobs and to alleviate poverty. Firefighters are drawn from poor communities, and part of their job is to train their neighbors on better fire safety. 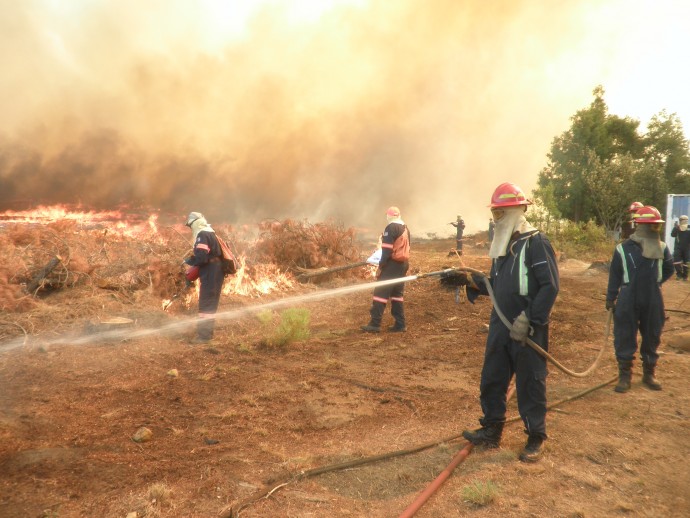 “It’s about changing lives,” said Trevor Wilson of Kishugu, the company that owns Working on Fire. “Yes, these are the guys we call on when we’re fighting a large wildfire, but these are also the guys who are helping tell their friends and family and neighbors about creating a defensible space to limit the spread of a fire. Through this, we’re helping change the community.”

For most members of the crew deployed to Canada, it was the first time they or anyone in their family has traveled by airplane. They needed a crash course on exchange rates, jetlag and clearing customs, as well as tips on how to handle immigration at the airport.

One thing that wasn’t different? Their approach to fighting wildfires.

“If we hadn’t been coached by the Americans, we wouldn’t have gotten it right,” Wilson said. “When we landed, though, there was nothing alien in the system or the language. It was comfortable. We could make a difference right away.”

Adam Weimer is an OFDA Regional Advisor based in South Africa.

« ‘We Are Grateful’: How One Liberian School Has Battled Ebola
All in Good Faith: Partnering with Malawian Ministries for Maternal Health »
Categories: Disaster Relief · USAID