Living on the Edge in a World of Changing Climate 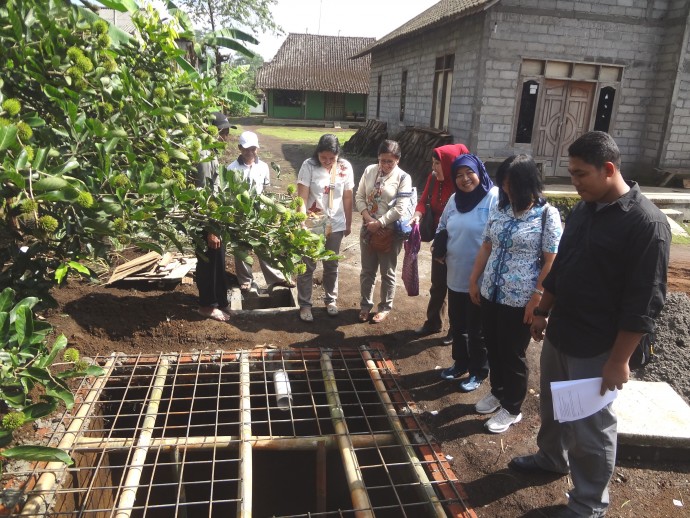 To help vulnerable populations prepare for climate change, USAID is working in places like Indonesia to build infiltration ponds that collect and trap rain to recharge groundwater aquifers. /
IUWASH

World leaders recently convened in Paris to forge an historic agreement to take shared global action on climate change. While the Paris agreement is just a first step, it does encourage hope, and could fundamentally change the way global development unfolds.

Over the course of the conference, I found myself reflecting upon a trip I took to Nepal a few months after a massive landslide.

In August of 2014, a landslide occurred at the Sunkoshi River in the Sindhupalchok District of Nepal, killing 156 people and displacing hundreds of families. The following November I travelled to the region to observe the effects of landslides on local communities, hydropower plants, transit routes and the condition of the surrounding slopes. This trip highlighted the devastating effects landslides can have on local communities, particularly those that are most vulnerable.

With the onset of climate change, Nepal is likely to experience more frequent landslides and floods, higher temperatures and more variable rainfall patterns.

Nepal is the fifth-poorest country outside of Africa with 23 percent of the population living in extreme poverty, but there is hope for progress. Since my college days studying abroad in Nepal nearly 20 years ago, the country has made remarkable strides in poverty reduction. But climate-related disasters disproportionately affect the poor and can quickly undo this progress. 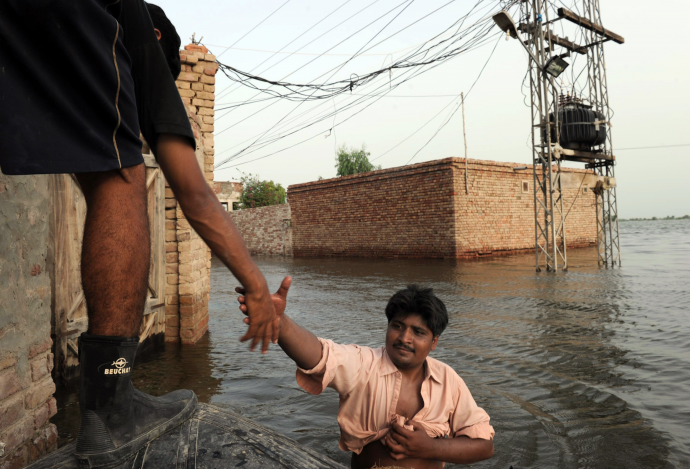 We are seeing these changing conditions in many countries around the world. Ethiopia is experiencing its worst drought in decades and also has a large population living in extreme poverty, with many dependent on agriculture. In much of Indonesia, the dry season is getting longer, making it harder for people to access clean water.

Climate change is rightly a high-priority issue in international discussions because it poses existential threats, and for people living in extreme poverty, the impacts of climate change are already a matter of survival. Climate change can jeopardize their food security, access to clean water and stability of livelihoods.

Many of the extreme poor live in the countries with high climate risk, including countries in South Asia and sub-Saharan Africa, such as Bangladesh, Pakistan, the Democratic Republic of Congo, Madagascar, Nigeria and Uganda.

Often, the extreme poor are forced to settle in at-risk areas because they are searching for economic opportunities and it’s less expensive to live there. For example, coasts provide access to transportation and trade, and floodplains may also offer high agricultural productivity.

Many people living in extreme poverty are dependent on livelihoods that are sensitive to the changing climate, like subsistence farming and fishing. Climate shocks not only destroy homes and lives, but often cause food insecurity and erase prospects for a quick recovery. The poor tend to have fewer marketable skills and personal savings, and less access to loans, or other vital community support or resources to help them rebound from an extreme weather event.

Even those who seem to escape poverty may remain perilously close to falling backwards. A new World Bank report warns that without serious action, climate change could push more than 100 million people back into poverty over the next 15 years.

For these reasons, we will not succeed in ending extreme poverty without also taking steps to address climate change.

Achieving our mission to partner to end extreme poverty and promote resilient, democratic societies depends in part on our collective ability to help the extreme poor navigate the challenges of climate change. Our recently released Vision for Ending Extreme Poverty highlights these efforts.

USAID is working with partners around the globe to help the poor better anticipate and prepare for climate risks.

These programs use access to information, appropriate technology and an understanding of local context to bolster the resilience of the poor to climate change impacts and other unanticipated environmental stressors.

While the Paris Agreement represents a tremendous victory, there is much work that remains. USAID and global development partners must continue to share knowledge, mitigate climate change by lowering emissions and help people manage the impacts of climate change by promoting resilient growth. Only by empowering communities around the world through sustainable and inclusive development will we meet the ambitious emissions reductions goals.

Because extreme poverty and the effects of climate change are so inextricably connected, we have a tremendous opportunity to improve the lives and livelihoods of millions of people. And as Ban Ki Moon asserted about the Paris Agreement, we too believe that “It sets the stage for progress in ending poverty, strengthening peace and ensuring a life of dignity and opportunity for all.”

Noam Unger is the Acting Deputy Assistant to the Administrator and the Director of the Policy Office in the Bureau for Policy, Planning and Learning.
« Unprecedented Coordination Helped Turn the Tide of an Unprecedented Outbreak
‘We Are Grateful’: How One Liberian School Has Battled Ebola »
Categories: Environment · USAID