From the Household Hearth to Global Health: Creating a Healthier Planet Starts with a Cookstove

Each year, in the days leading up to holiday gatherings across the United States, stoves and ovens put in a lot of hours.

Many are used to cook turkeys; some roast more than one. Stovetops steam green beans, simmer gravies, and cook cranberries down to a sauce.

For nearly 3 billion people around the world, this is not a sign that the casserole has caught fire in the oven. Rather, it’s a daily part of life.

More than 40 percent of the world’s population relies on solid fuels such as wood, coal, dung, charcoal and crop residues for everyday cooking. And in the clouds of thick smoke that such fuels produce, threats to environmental and human health converge.

In Uganda, biomass fuel sources are used for nearly all household cooking needs. Open biomass fires release harmful particles into the air, and household air pollution is estimated to cause 20,000 premature deaths in Uganda each year. 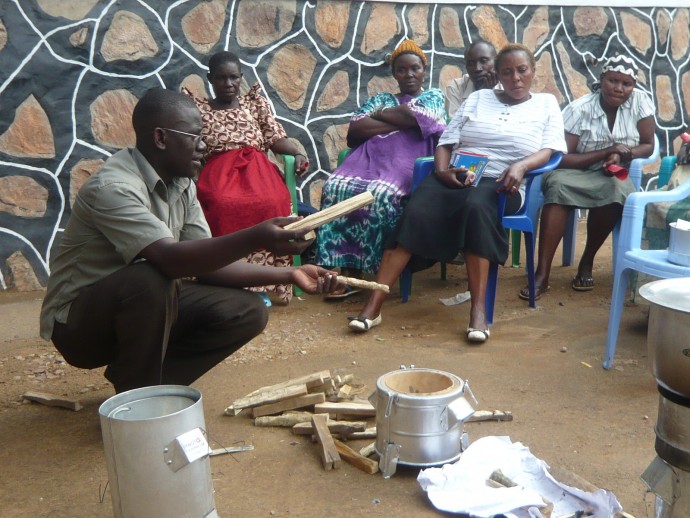 A community organizer in Uganda demonstrates the use of the TLUD stove to a local group. / Kendra Williams, URC

To address this, USAID’s Translating Research into Action (TRAction) Project is researching the drivers and barriers for the household adoption and sustained use of cleaner cooking technologies.

USAID is a founding member of the Global Alliance for Clean Cookstoves. The Alliance and its partners hope to disseminate 100 million cookstoves by 2020.

The linkages to the environment are also well-established. Solid fuel dependency for household fires contributes to climate change through the emission of gases and particles such as carbon dioxide, methane, and black and brown carbon. Unsustainable wood harvesting can lead to deforestation, reducing the uptake of carbon by plant matter and exacerbating soil erosion, waterway pollution, and altered vector-borne disease patterns. 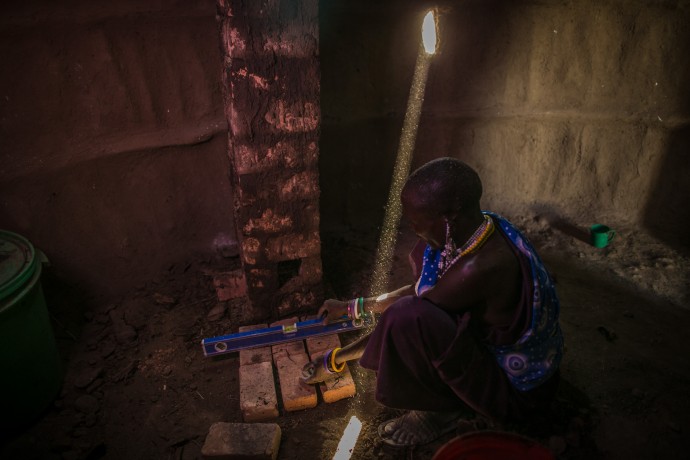 Teresia Oloitai of Tanzania installs a chimney stove in her home to reduce the intake of smoke and carbon dioxide during household cooking. / Morgana Wingard, USAID

Clean cookstoves are also an investment in women’s empowerment, as the burden of collecting biomass fuel often falls on women and girls — at the expense of other productive opportunities. New cookstoves also improve the health of women and children, who spend much of their time at home near the hearth.

Improving the health of communities through the expansion of sustainable fuel sources is one of the many ways in which climate change considerations both affect and are affected by efforts to improve global health. And as our understanding of the full impacts of climate change on the planet come to light, the connections to global health continue to grow.

The Talks in Paris: Envisioning a Healthy World

Recently, the WHO concluded that climate change is the greatest threat to global health in the 21st century. Its effects on human health are myriad. Air pollution accounts for 7 million deaths each year, and outbreaks of infectious diseases are expected to increase as weather patterns shift. Natural disasters and political instability — both linked to climate change — disrupt primary health services, and displaced populations are put at a heightened risk of illness and infection due to poor nutrition and a lack of vaccinations, medications, clean water and sanitation.

When each of these effects of climate change on human health, both direct and indirect, are taken into account, the number of people affected reaches into the billions.

Through a variety of efforts, USAID and others have contributed to the significant global progress over the past half century in reducing mortality rates and improving health and quality of life. There is undoubtedly much work left to be done — yet neglecting the issue of climate change could undermine the past 50 years of progress in global health.

The conversations at this week and next’s COP21 conference in Paris must take into account the full implications of our changing climate — not only for the health of our planet, but for the health of our fellow human beings. And as world leaders gather round the conference tables in Paris, our team will continue to help families gather round cleaner, safer cookstoves. Global health depends on both.

Benjamin Rost works on communications within the Global Health Bureau.