Could Sri Lanka’s 2015 Elections Signal a New Era of Democracy? 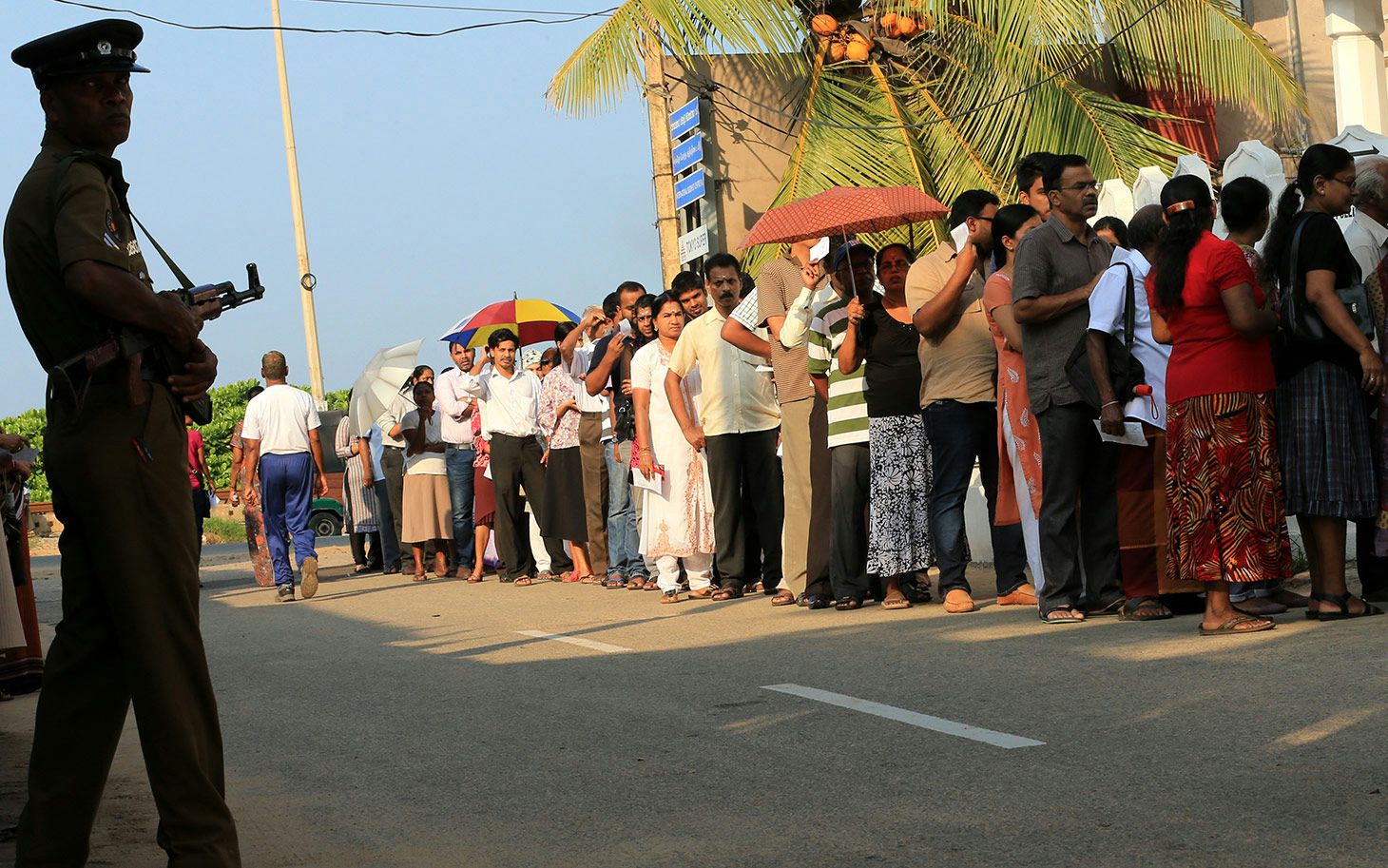 Sri Lankans line up to cast their vote during the country’s presidential election in January 2015. / USAID

Sri Lanka held two elections this year that were markedly different from those in the past. Why? Nobody could predict the outcome. It was a true victory for democracy.

In the election for president in January, Sri Lankan citizens succeeded in making their voices heard, voting for an unconventional choice—a candidate who did not belong to any established political party. In August, parliamentary elections led to a coalition government instead of a majority party holding power.

The news media framed the outcomes as a signal that citizens were voting against a history of nepotism, corruption and abuse of power. Turnout was high—at about 82 percent and 78 percent, respectively. International and domestic election monitors praised the elections as some of the most transparent and credible in the Asian region.

But it hasn’t always been like this. In past elections here, we’ve seen violence, vote rigging and mudslinging. This year, we were impressed with how well organized the Sri Lankan election officials were and the level of planning and professionalism that made these elections a success.

Sri Lanka has come a long way. USAID has supported this small island nation off the southern tip of India by investing in its economy, society and institutions since 1956. The cornerstone of our work this year has been supporting free and fair elections and a democratic transition. 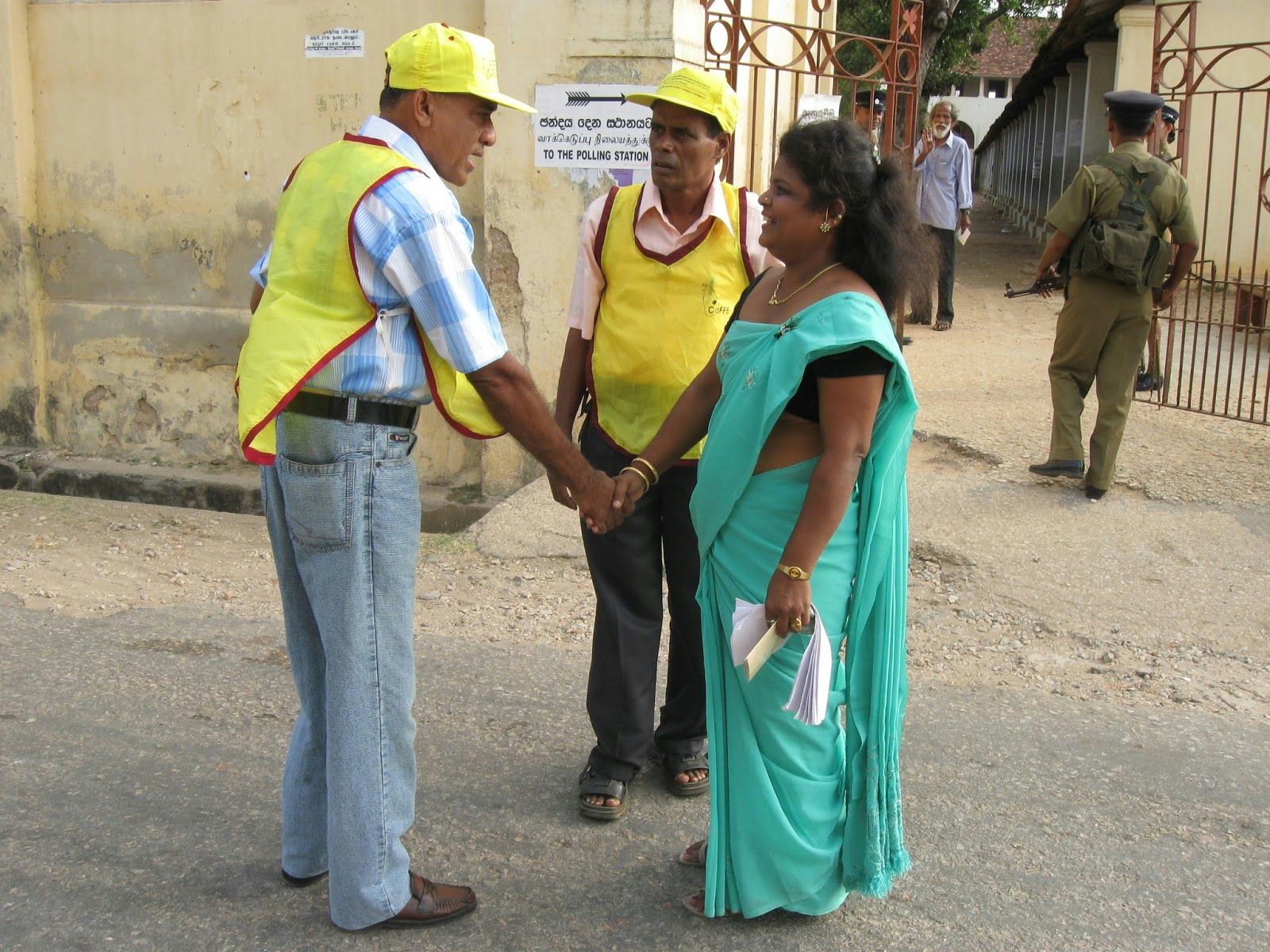 During the parliamentary elections, we noticed how USAID-trained election monitors worked with polling officials and the police to immediately stop a political candidate from campaigning at a polling station on Election Day—a violation of electoral law. They took him away from the crowd of voters and brought the situation under control so well and amicably that no one seemed to notice.

The election monitors also paid close attention to the dynamics in each of the voting districts. For example, in a district close to Colombo, they noticed a tense atmosphere—small groups of people were whispering to each other as they watched vehicles and passersby suspiciously. Keeping close watch, the election monitors asked police to be on hand in case of trouble.

During the August elections, the law appeared to be enforced equitably, irrespective of the wealth and status of candidates and voters, and election violations were addressed quickly. Invalid votes were low compared to previous years.

Thanks to newly enforced election regulations, government institutions and the state media took a more neutral stance, showing less bias to the ruling party, a common practice in the past. Government institutions were mandated to remove political billboards and posters and reduce the number of rallies and people who canvassed homes.

And in the weeks leading up to the elections, more Sri Lankans stayed informed by hearing from political candidates directly on social media platforms instead of depending only on the traditional news media.

The nation and the region can learn from the practices of the 2015 elections. We fervently hope to see these practices in future elections.

Passanna Gunasekera, a Program and Outreach Specialist working with USAID in Sri Lanka, contributed to this blog.

« Online to On the Ground: How Students in Virginia Supported Nepal Earthquake Recovery
Loans in Bangladesh: Stories of Change »
Categories: Asia · Democracy and Governance · USAID