A Time of Unparalleled Need 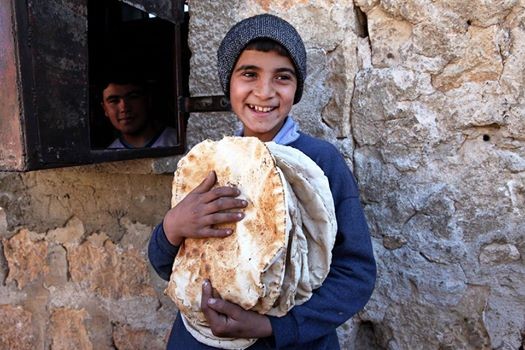 A young boy smiles as he walks out of his local bakery, arms full of freshly baked bread. Families such as this boy’s family rely on local bakeries to get their daily bread.

It’s hard to believe that what began as a simple cry for opportunity and human rights has become the biggest humanitarian crisis of our time.

Five years ago, at the height of the Arab Spring, the Syrian people took to the streets to peacefully protest for fundamental freedoms from an increasingly authoritarian leader. The response from the Syrian regime was unequivocal force and brutality that has left half of all Syrians dead or displaced, and spawned a breeding ground for extremists like the so-called Islamic State or Daesh.

If you want to know how this crisis feels, talk to some of the more than 17 million Syrians directly impacted by the violence—their homes bombed, their schools destroyed, their relatives and friends killed. That’s like upending the lives of everyone living in the New York City, Los Angeles, Chicago and Houston. And lives have certainly been shattered. 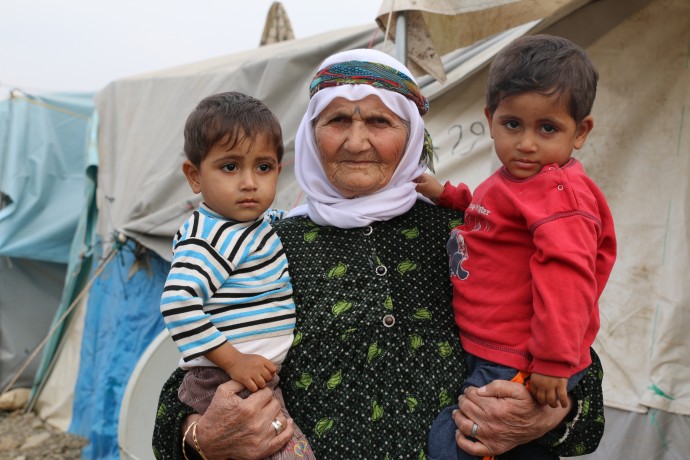 Ayyush is 80 years old. She recently lost her son in the conflict in Syria. She now only wishes for more years ahead to raise her grandchildren. Ayyush and her family live in the Islahiye refugee camp in Turkey where they receive monthly food assistance through an e-food card program.

Today, 4 million Syrian refugees are living in neighboring countries—Jordan, Lebanon, Turkey, Iraq, Egypt—in donated apartments, relatives’ spare rooms and tents. Another 6.5 million are displaced internally, trapped in a living hell that includes daily indiscriminate barrel bombing by the Assad regime on the one hand and Daesh’s murderous reign of terror on the other.

Behind the figures are children and the parents who would do anything and risk everything to keep them safe. For families inside Syria, the choice is agonizing: Stay and risk your child being killed on the way to school, or risk their safety on a treacherous journey across borders.

What are these Syrians facing every day?

Hunger for one. Since this crisis began nearly five years ago, USAID has provided $1.55 billion in food assistance, more than all other donors combined. Since 2013, we have given bakeries still operating inside the country 122,000 metric tons of flour and yeast, which comes out to more than 300 million daily bread rations. USAID has also helped distribute food vouchers—essentially preloaded debit cards—so refugees can shop for the familiar foods they yearn for and, at the same time, boost the local economies of Syria’s neighbors. 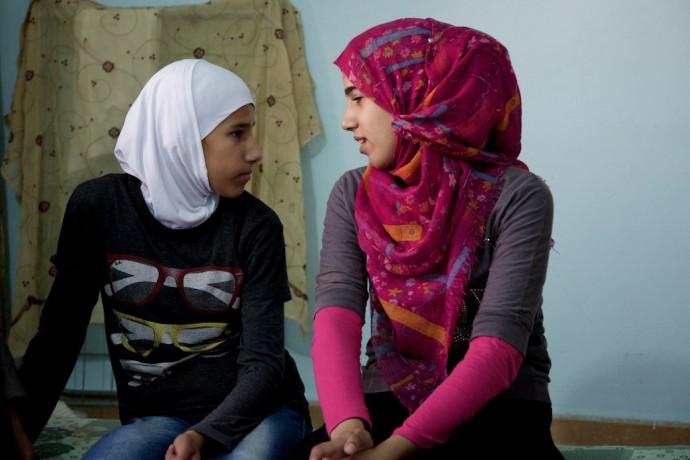 Nearly 2 million children in Syria and another 700,000 Syrian refugees are out of school because of the conflict. As Secretary of State John Kerry said recently: “The burden of the conflict falls most heavily on the smallest shoulders.” Without that daily stability in their lives, children are at risk of being exploited as laborers and young girls in particular may face the pressures of early marriage.

Our teams on the ground are helping refurbish and modernize public school buildings in Lebanon and Jordan so they can accommodate the extra load of new learners. Some of the schools have doubled or tripled shifts to ensure everyone gets a chance to learn and thrive.

USAID is also providing health care to people in need across 14 governorates in Syria—2.4 million this year alone—as well as clean water to 1.3 million.

We are also supporting women to be change agents for peace inside Syria, and assisting moderate civilian actors inside Syria to keep schools open, repair public services and literally keep the lights on for communities under siege.

We are proud to say that we reach 5 million people every month in spite of the often dangerous conditions to make those connections happen.

Our assistance inside Syria and the region is not only keeping people alive, but keeping their aspirations alive, too. A future Middle East needs peace and opportunity, not spirals of retribution.

“Our dreams are very simple,” said Mohamad, a former bus driver in Syria who is now a refugee living in a cramped apartment in Jordan with what is left of his family. He lost three sons in the conflict. 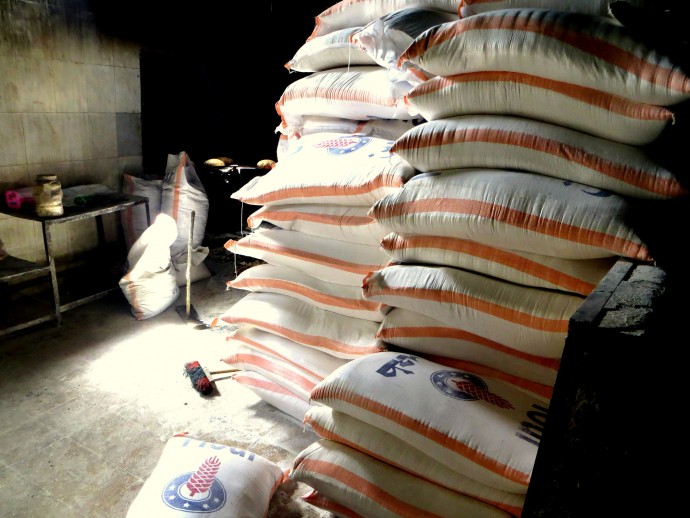 Bags of wheat flour inside a storage room at a Syrian bakery wait to be turned into bread. Bakeries such as this one are vital to providing food to Syrians in need.

What he wants now is what any person would want: “To have a decent living so that we can be self-sufficient and not put out a hand to beg. We want people to look at us as humans because we are just like them.”

Though the United States has been generous—$4.5 billion in humanitarian assistance over nearly five years in addition to other aid—our funding that supports the heroic organizations working with Syrians on the ground throughout the region is simply not enough. Additional support is sorely needed.

The United Nations’ appeals for humanitarian aid to address the crisis in Syria are still only 48 percent funded for this year. This is a shortfall of over $4.4 billion in life-saving services.

We must support those suffering inside Syria as well as those fleeing across the border.

As President Barack Obama reminded the world at the G20 Summit in Turkey, Syrian refugees are leaving their country to escape violence and terrorism. “Slamming the door in their faces would be a betrayal of our values,” he said. “Our nations can welcome refugees who are desperately seeking safety and ensure our own security. We can and must do both.”

This conflict has spiraled out of control for too long. And while we are undertaking herculean efforts to help the Syrian people and Syria’s neighbors, we cannot alleviate this crisis without more help. If we do not continue to work with our partners to address the Syrian crisis and its impacts now, the problem will only get worse.

That is why we are asking you to stand in solidarity with USAID, our partners and, most critically, the people of Syria. Visit Humanity Acts to learn more about the humanitarian crisis that directly impacts the majority of Syrian people and how you can join us in supporting them.

We’re on social media using the hashtag #HumanityActs and we invite you to use it as well. Together we can help put an end to the biggest humanitarian emergency of our time. It starts here.

Tom Staal is the senior deputy assistant administrator in USAID’s Bureau for Democracy, Conflict and Humanitarian Assistance. Follow that office at @USAID_DCHA