Openly LGBTI and in Office: A Historic Election for Guatemala 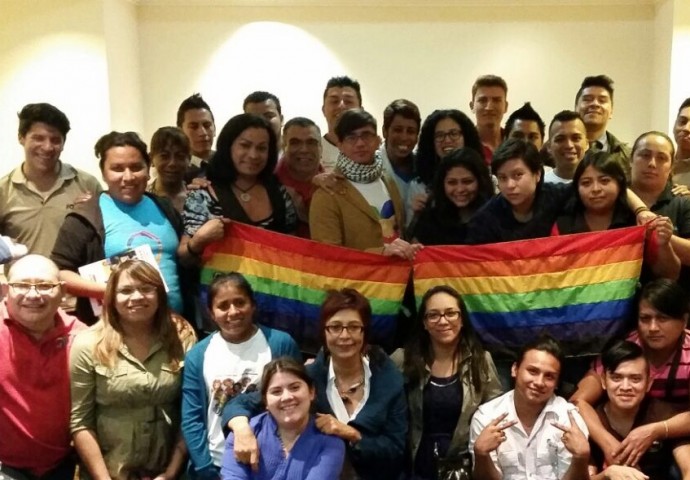 In Guatemala’s recent elections, Sandra Morán became the first openly LGBTI member of the Guatemalan Congress. She hopes to use her position to advance human rights throughout the country.

“My promise is to all people,” she said. “Although most identify me as a feminist, I believe in rights for all. I am a lesbian and I live as that. I hope that the global fight for lesbian, gay, bisexual, transgender and intersex rights advances to a point where it transcends to the smallest towns and communities worldwide.”

Morán’s election is no light feat for Guatemala; a nationwide survey conducted by George Washington University in 2012 found that 74 percent of Guatemalans would not vote for an openly LGBTI candidate, making Morán’s win against the odds.

But the Sept. 6 elections embodied a spirit of change, reflecting a growing sentiment against problems within Guatemalan government and society. “The elections occurred in the context of a fight against corruption and traditional politics; my election to Congress is a representation of that,” Morán said.

Congresswoman Morán, who has participated in USAID’s Elections Project: More Inclusion, Less Violence roundtables, feels a sense of hope for the future of LGBTI community. “It is about creating visibility. I hope to be able to enact legislation that supports equal rights and creates public policy change for the LGBTI community. It is my hope that as the movement strengthens, the communities lagging behind can progress.” 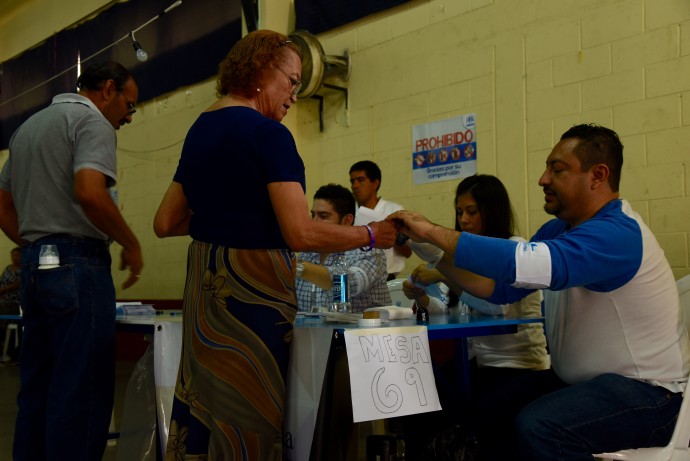 Morán’s election to Congress, in addition to projects that foster dialogue, visibility and respect for the LGBTI community, are laying a foundation for inclusion and tolerance, promoting a more democratic future for Guatemala.

USAID’s project helped launch a “Get Out the Vote” campaign to ensure that the LGBTI community had the opportunity to vote.

In partnership with Guatemala’s Election Tribunal, the project organized an LGBTI voter registration day. More than 200 community members registered to vote, helping make this election one with the highest voter turnout in recent Guatemalan history.

The project also enlisted eight transgender women to participate as election observers – another first for Guatemala.

“It is impossible to become comfortable with what we don’t see, know or live personally,” said Eduardo Nunez, the Guatemala country director of the National Democratic Institute, as he underscored the importance of encouraging dialogue, civic engagement and participation for the LGBTI community.

Debby Linares Sandoval — a transgender woman, LGBTI activist and advisor on USAID’s project — said she was proud of the experience she shared with other LGBTI voters.

“In the hour I was there, I interacted with eight gay voters and three transgender voters,” she said. “None of the transgender voters got harassed about their identity. I think that’s a big step for electoral awareness and opening to the community – for me, that is the start of something positive.”

USAID has helped Guatemala’s Election Tribunal update election manuals and provide trainings to electoral officials on how to be sensitive to people whose appearances are not congruent with the birth name on their personal identification card.

In the past, if a woman came to vote with an ID card with a male name, her ability to vote would be jeopardized. Recent efforts, through institutional changes and promoting internal dialogues, seek to extend tolerance and respect to all people.

“My fight as an activist is about giving people voices that do not have one,” said Debby. “It’s to provoke civil society and the government to give us the same opportunities as any other citizen, with respect.”

« What Does Water, Sanitation and Hygiene Have to Do With Nutrition? Everything.
Charting a Course Toward Pacific Climate Resiliency »
Categories: Latin America and the Caribbean · LGBT · USAID