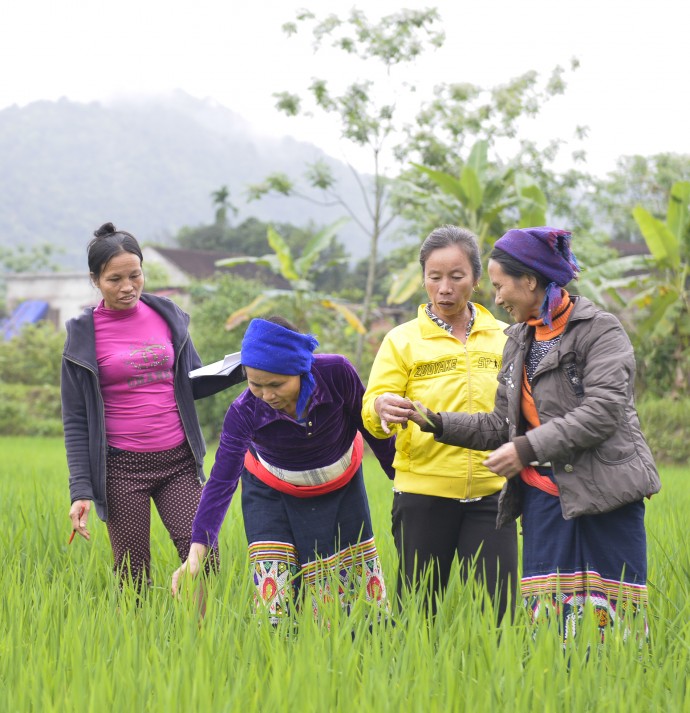 Agriculture projects such as this rice cultivation project in Vietnam can benefit from analysis early in planning to determine how climate change could affect outcomes. / Phuong Nguyen

In a semi-arid region of East Africa, an unforeseen lack of rain is leading to a dismal farming season, undermining development progress. In Central America, agroforestry projects are slowed by a severe drought that is making it difficult to plant and grow new crops. In South Asia, culverts constructed under rural roads are unable to handle unusually heavy rainfall, resulting in widespread damage to property and livelihoods.

With hundreds of projects and thousands of staff across the globe, USAID witnesses the effects of climate change every day. Climate change undermines development gains and future development progress. It’s not just an environmental problem, but a human problem with direct implications for hunger, poverty, conflict, water scarcity, infrastructure integrity, sanitation, disease and survival.

Though USAID has been helping our country partners become more resilient to climate change for the better part of a decade, the need for full integration of climate risk management in our development efforts has never been clearer.

I recently returned to Washington, D.C. to join USAID’s Bureau for Economic Growth, Education, and Environment as Deputy Assistant Administrator. For the past four years, I was Deputy Mission Director of USAID’s Bangkok-based Regional Development Mission for Asia. In that role, I saw firsthand how the effects of climate change were going to necessitate a change in the way we do development. 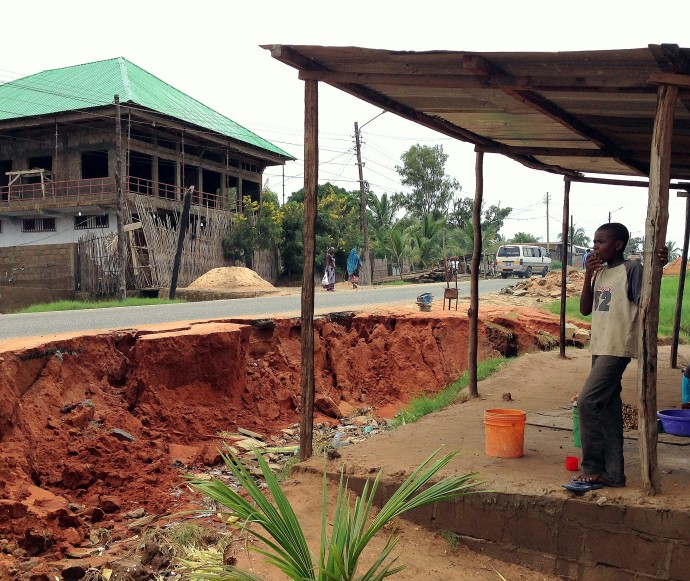 A washed out road in Mozambique shows how infrastructure can benefit from awareness of future climate impacts, increasing local resilience to climate change. / Carlos Quintela

In the Lower Mekong Delta in particular, changing precipitation patterns and rising temperatures are expected to shift the habitable zone for important crops like maize, coffee and rubber trees. And as this heavily populated region sits in the middle of two cyclone systems, the combined effects of increased precipitation, sea level rise and increased intensity of storms promise devastating consequences for coastal infrastructure, livelihoods and sensitive coastal ecosystems.

What can USAID do in the face of a changing climate? We can, and we must, incorporate climate risk management into all of our development efforts. USAID has already been doing great work to help developing countries adapt to climate change, better manage their natural resources, and develop their economies while lowering greenhouse gas emissions. USAID has also taken steps in recent years to integrate climate change considerations into much of our programming.

But prompted by the 2015 Quadrennial Diplomacy and Development Review and an executive order from President Obama, USAID is now embarking on a plan to make all of our development assistance more climate resilient – whether it’s a health program in Zambia, an agriculture project in Ethiopia, or an infrastructure investment in the Philippines.

This October, we started with integrating climate risk into all new regional and country-level strategies. And starting next October, USAID will include climate risk management at all levels, including all new projects and activities. The only exception will be emergency funding, such as humanitarian assistance and disaster relief.

We recognize that USAID is not the first development agency or multilateral development bank to begin screening its investments for climate risk, and we have learned a great deal from the World Bank, our German counterpart GIZ and others as we design our own methods of climate risk management. As the largest bilateral donor and development agency in the world, USAID has an opportunity, and a responsibility, to make sure hard-won development gains are not undermined by a changing climate.

It is clear that the populations hit hardest by climate change have been and will continue to be the poorest communities in the least developed countries. It is also clear that in order to reach our Agency’s goal – ending extreme poverty – we will need to make climate risk management a requirement in all of our development assistance.

« Strong Border Management is Vital to the Fight against Ebola
Why Right Now is the Right Time to Act Faster to Stop Unnecessary HIV/AIDS Deaths »
Categories: Environment · USAID