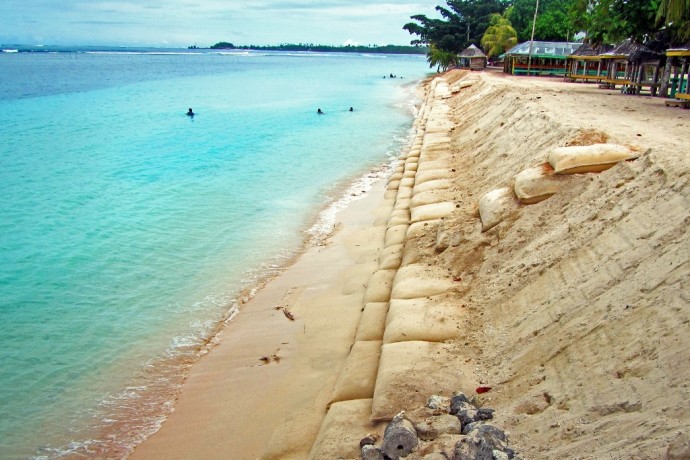 Climate change is already impacting the people of the Pacific. In Papua New Guinea, families are struggling to access water and put food on the table because of a severe drought. In Samoa, the owner of a modest beachfront resort has watched for years as her property erodes, with storm surges and flooding battering the shore, pulling her property toward the sea.

These are just a few of the courageous people I have met in the few months since I became USAID’s Regional Coordinator for the Pacific.

Last year at the United Nations Climate Conference in Peru, Secretary Kerry said, “Climate change is an issue that should be personal for absolutely everybody– man, woman, child, businessperson, student, grandparent…Wherever we live, whatever our calling, whatever our personal background might be, this issue affects every human on the planet.”

People living in the Pacific Islands rely on their surrounding environment for food, water, energy, and shelter. Although collectively these nations contribute less than half a percent of global greenhouse emissions, they are on the frontlines of the struggle against a changing climate.

In 2013, USAID launched the Coastal Community Adaptation Project (C‑CAP) which has helped more than 70 communities in nine Pacific Island countries adapt to climate change and contribute in practical ways to the region’s resilience. As Regional Coordinator, I have witnessed inspiring hope and optimism when communities pull together to save their homes and preserve their livelihoods.

C-CAP develops small-scale infrastructure projects — like building rainwater harvesting systems, which allow the families of Papua New Guinea I mentioned to access clean drinking water, and using geo-textile bags to protect the coastline, which help coastal dwellers like the resort owner in Samoa preserve their property and livelihoods. 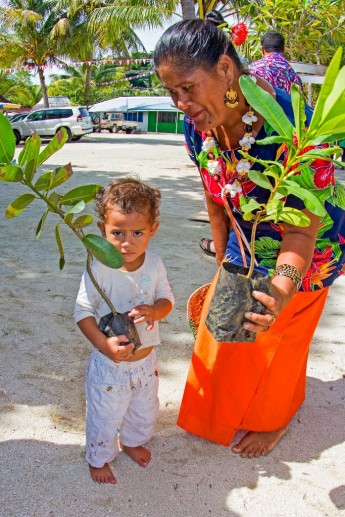 Communities in Samoa help plant vegetation to form a natural barrier from the sea. / C-CAP

Under C-CAP, local leaders, village elders, women’s groups, and other community members prioritize where our assistance goes based on an innovative process of mapping their community’s assets and deciding collectively what infrastructure projects they need most. Tamuera Loane, an Evena village elder from a Kiribati C-CAP site, spoke to the importance of the community setting its own priorities when he said, “Now that we have clean water, it is our duty to work together as a village to make sure the infrastructure is well cared for.”

This model works. But we also know that we can do more. That is why U.S. Ambassador to Fiji, Kiribati, Nauru, Tonga, and Tuvalu Judith Cefkin just announced the creation of the Institutional Strengthening in Pacific Island Countries to Adapt to Climate Change (ISACC) initiative at the 9th Conference of the Pacific Community in Niue on November 5. A new five year partnership between USAID, the Pacific Community, the Pacific Islands Forum Secretariat, and the Secretariat of the Pacific Environment Programme, the initiative will strengthen the national capacity of up to 12 Pacific Island countries to effectively plan, coordinate and respond to the adverse impacts of climate change.

This new approach is a big step toward creating lasting, widespread change across the Pacific. It builds on existing multi-sector, whole-of-island national adaptation models that have been successful in places like Kiribati and the Solomon Islands by pooling the resources and expertise of partners, including U.S. Embassies and the Council of Regional Organizations in the Pacific (CROP) agencies.

This initiative is creating buzz in the region because it recognizes that cooperation among regional partners can accelerate progress in our common fight against climate change.

By working together, we can build a climate-secure future.

Richard Edwards is USAID’s regional coordinator for the Pacific.