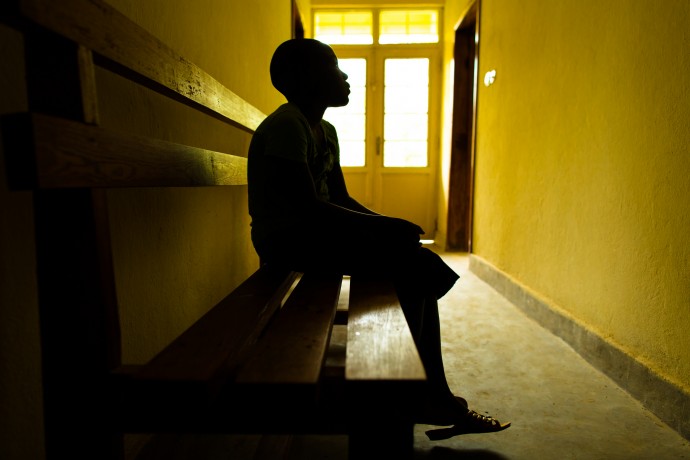 In 2013, this 11-year-old girl from the Democratic Republic of Congo was raped by a family friend. In the aftermath she faced social stigma, isolation and teasing in school. USAID-supported interventions like counseling and medical care helped her regain her voice and her dignity. / Morgana Wingard, USAID.

“He told me I couldn’t tell anyone.”

Angelina was only 14 years old when she was sexually abused by her teacher. Born into a poor family in rural Mozambique, she sold eggs on the side of the road to help cover the cost of her education and dreamed of becoming a nurse.

Teachers wield incredible power to positively influence young lives. However, they are also able to abuse that power. In this case, Angelina’s teacher promised financial support in exchange for her silence.

Scared and struggling to afford school fees, Angelina continued to suffer abuse for an entire year. It wasn’t until she participated in a school health program run by USAID partner ANDA that Angelina realized what was happening to her was wrong.

Worldwide, 246 million children experience gender-based violence at or on their way to school every year. A report released by the United Nations Human Rights Council noted that attacks on schools occurred in at least 70 countries between 2009 and 2014, and that about 3,600 attacks against schools, teachers and students were recorded in 2012 alone. 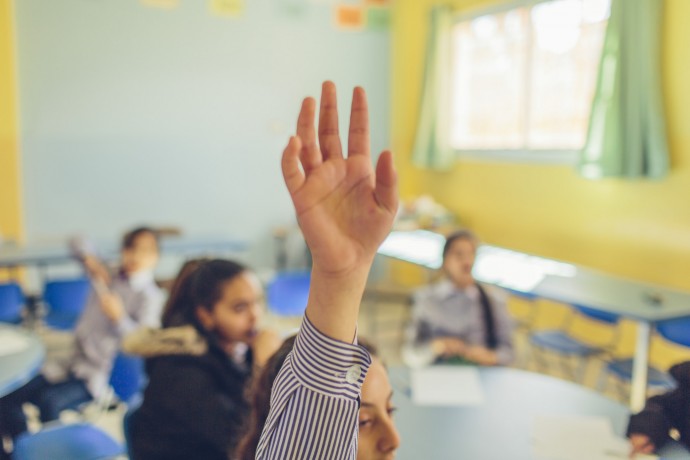 A student at the Saffa Girls School in the West Bank raises her hand in class. The school is one of 57 in the area that USAID provided teacher training to. The school now also has 28 rehabilitated classrooms, a computer and science lab, a library, resource center, and a protected playground. / Bobby Neptune for USAID.

And those are the numbers we know. The truth is that gender-based violence in schools is happening in every country around the world right now. It is a global phenomenon depriving children, especially girls, of their right to a safe, quality education.

From kidnappings to shootings, from acid attacks to poisoning, and from discrimination to intimidation, girls are being threatened, harassed, attacked and killed while trying to learn.

With the help of her school health program, Angelina was finally able to recognize her abuse, prosecute her abuser, and pursue an education free from fear and harassment.

In Mozambique and around the world, going from the classroom to the courtroom can be incredibly challenging. It requires survivors, communities, teachers, law enforcement and governments to work together for justice. But Angelina’s counselor hopes other girls will have the courage to say no and speak out.

We at USAID believe that schools free from abuse and violence are possible. It is exhausting and difficult work. Changing mindsets, fighting stigma, and speaking up for those who’ve been silenced can sometimes feel futile.

But behind every statistic and every story is a hero like Angelina and the brave men and women who worked tirelessly to support her. We must continue to fight alongside them until schools everywhere are safe so students anywhere can reach their potential.

The 16 Days of Activism Against Gender Violence campaign begins today. The 2015 global theme is From Peace in the Home to Peace in the World: Make Education Safe for All. This year, USAID will spotlight 16 teachers, students, leaders and activists worldwide who have triumphed over gender-based violence and/or are helping students learn and thrive.

Whether it’s creating safe spaces for students to grow and play, strengthening laws to protect the most vulnerable, or training teachers to give support when it’s needed, these individuals are working to ensure that girls and boys, and women and men, can realize their universal human right to education. Starting today and throughout the campaign, follow their stories on Instagram and Medium.