Q&A: How Power Africa is Investing in a Brighter Planet

The energy sector is the world’s largest source of carbon pollution – yet two out of three people in sub Saharan Africa lack access to electricity.  Power Africa – a partnership among African governments, the U.S. Government, the private sector, and the donor community – aims to double access to electricity in sub Saharan Africa.  Building cleaner, more climate-resilient power sectors that serve all people will require the inclusion and participation of all stakeholders – including those that have traditionally been sidelined from the energy industry.

In Africa alone, about 60 million homes and businesses are poised to access power for the first time in the coming years. President Obama launched Power Africa in 2013 to meet this need. On World Energy Day and every day, Power Africa is working to bring more affordable, reliable, sustainable and modern forms of energy to users once reliant on kerosene, diesel and disposable batteries.

In working toward the newly established Sustainable Development Goal on energy, Power Africa and USAID are ahead of the curve by pushing forward new models of development for clean energy. Our teams of experts on the ground are working to establish a better “enabling environment” where the legal, regulatory and financial frameworks clear the path for the energy sector to meet the demands of all customers.

In an interview, Power Africa Coordinator Andrew M. Herscowitz shares some insight into how we’re empowering the next generation of energy consumers. 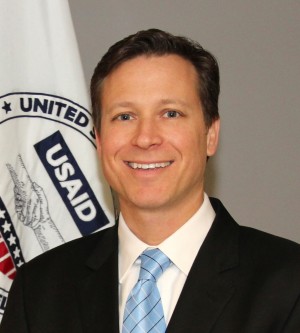 What have been Power Africa’s greatest accomplishments since President Obama established the initiative two years ago?
Power Africa has become a global effort and has helped over 4,100 megawatts (MWs) of transactions reach financial close since 2013.

In a two-year period that’s an important accomplishment. Around the world, and even in the United States, it can take up to a decade for an energy project to be completed. With our African partners leading the way, we’re helping to reduce the legal, financial, and regulatory barriers that for too long have stood in the way of projects moving forward.

How does Power Africa promote our mission of ending extreme poverty? How does this way of doing business reflect USAID’s new model of development?
Access to electricity is a critical part of ending extreme poverty around the world. The 600 million people in Africa who are “off-grid” spend a significant portion of their household income on kerosene for lighting, batteries for radios and paying someone to charge their mobile phone. This expenditure traps them in poverty by limiting their ability to invest in education and economic opportunities.

Power Africa is working with the private sector to deploy large scale electricity projects that will help expand grid connections, as well as with our Beyond the Grid partners, who are using innovative technologies and business models to provide electricity services in areas that are far from the grid. Instead of directly financing these projects and businesses, Power Africa encourages investment by offering loans, insurance and technical support.

Can you talk about a community that you visited that has been impacted by Power Africa?
A few months ago I visited East Africa’s largest grid-connected solar project east of Kigali, Rwanda. Built by Gigawatt Global, the 8.5 MW solar project was built on the same land as the Agahozo Shalom Youth Village, a home for orphans of Rwanda’s genocide. In addition to producing clean energy, the project also provides employment opportunities. Not only is this new model adding vibrancy to the local community, but also increasing Rwanda’s power generation capacity by 6 percent.

Partnerships play an important role in the success of Power Africa. Can you speak to the role of partnerships in development more generally?
To tackle the world’s biggest challenges, the world’s leading problem solvers need to work together. As the world addresses global challenges, partnerships across all sectors will be required to pull together in new ways. Our partners bring their expertise, capital, and the commitment to solving Africa’s energy crisis.

In addition to carrying the collective resources of the U.S. Government, Power Africa is achieving success by partnering public partners including the World Bank, the African Development Bank, the Government of Sweden, the European Union, the African Union, and the United Nations’ Sustainable Energy. These public sector partners bring an additional $11.8 billion in resources to support Power Africa’s goals; this includes the African Development Bank ($3B), the World Bank Group ($5B), the Swedish Government ($1B) and the European Union ($2.8B).

With nearly $31 billion in private-sector commitments from more than 100 Power Africa private sector stakeholders, the program is making a visible difference in the lives of people who are on and off the grid.

Looking towards 2030, the target date for achieving the recently adopted Sustainable Development Goals, how do you think financing for development will evolve?
Over the next 15 years we hope that the private sector’s investment in emerging and developing markets will become even more commonplace.”Development financing” may not even be required. With that hope in mind, Power Africa is focused on not only supporting private companies, but also working with governments to create an enabling environment that will encourage sustained investment and growth.

Pooja Singhi, an intern with USAID’s Bureau for Legislative and Public Affairs, contributed to this blog.

Andrew M. Herscowitz is the Coordinator of President Obama’s Power Africa initiative.  Follow him @aherscowitz and use #PowerAfrica to join the conversation.