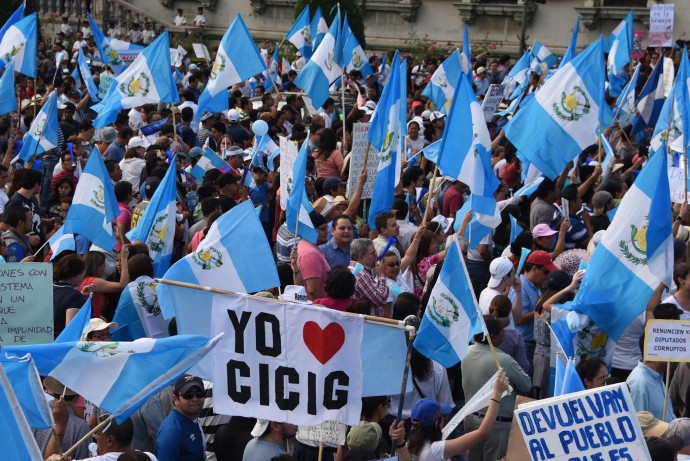 About six months ago, the UN-mandated International Commission Against Impunity in Guatemala, together with Guatemala’s Public Ministry, swept through the country, exposing high-level corruption and scandals that ultimately landed President Otto Perez Molina behind bars.

The investigations resulted in the resignation of over four dozen high-level public officials, including the president, the vice president, and several ministers. The ring of corruption supported six major scandals that cost Guatemalan taxpayers more than $200 million and resulted in 10 deaths due to medical malpractice.

The role of the International Commission Against Impunity in Guatemala has been particularly significant in uprooting deep-seated corruption in Guatemala. However, it arguably would not have been as successful without over a decade of strategic reform in Guatemala’s judiciary.

Over the past 15 years, USAID’s justice reform efforts played an integral role in spurring Guatemala’s judicial metamorphosis. USAID supported the Government of Guatemala in establishing a criminal justice system that now has the capacity and fortitude to prosecute high-level corruption.

The implementation of oral proceedings required new court structures and procedures that have transformed Guatemala’s court system. With a new criminal procedure code and a restructure of the roles and responsibilities of judges, prosecutors and defense attorneys, the country has improved the efficiency, transparency and effectiveness of the court system.

USAID’s provision of training to the Specialized Prosecutor’s Office on Corruption led to a new investigation model and an inter-institutional cooperation agreement for the investigation and prosecution of corruption and crimes within the public administration.

Since the implementation of the model, trainings that focus on criminal investigation, case theory, forensic audits, prosecution strategy and presentation of corruption cases have been ongoing and attended by justice sector officials. 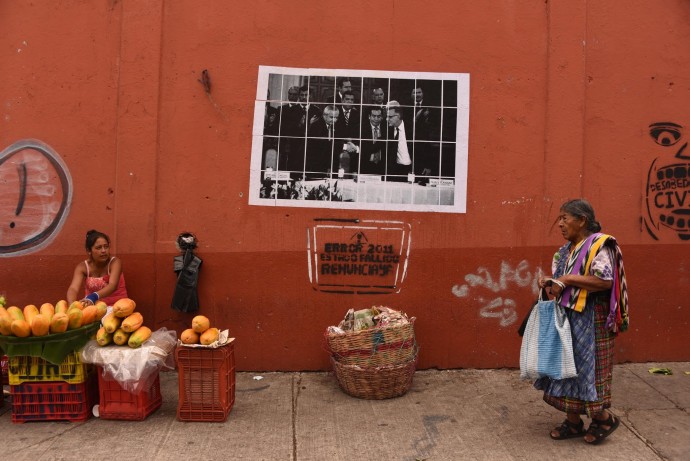 An image showing Guatemala’s President Otto Perez Molina shaking hands with the Chief of the International Commission Against Impunity in Guatemala, Colombian Ivan Velasquez, is posted on a market wall in Guatemala City on Aug. 28. / Johan Ordonez, AFP

USAID also worked with the Government of Guatemala to establish a “high impact court” to focus on ensuring the most sensitive and complex cases can be processed. These cases include corruption, organized crime, kidnappings, narco-trafficking, gangs and trafficking in persons — cases that need to be tried in a secure area with protection measures.

USAID worked with the country’s Supreme Court to ensure these courts would have the necessary security for Guatemala’s justice sector personnel. Previously, their work on these dangerous cases would have had little chance of proceeding through the justice system.

Nearly a decade ago, USAID worked with the judiciary, the Attorney General’s office and the police to pilot a new 24-hour court model in Guatemala City. Judges are now available 24 hours a day so that a detainee can be seen by a judge within six hours of arrest. Before, detainees were often held in prisons for more than three days — a violation of due process.

These courts are effective and financially sustainable. Under the old system, over 77 percent of cases in Guatemala City were dismissed for lack of merit, often because the arresting officer was not present at the long-overdue hearing. Under the new model, the number of cases dismissed for lack of merit is less than 15 percent.  Now fully funded by the Government of Guatemala, the 24-hour court also benefits investigative processes by allowing prosecutors to seek court orders for wiretapping or search warrants around the clock.

On Sept. 11, the model was replicated in Guatemala’s second largest city, Quezteltenango (also known as Xela), after a decade operating with a traditional court structure.

The new 24-hour court is the latest evidence of the country’s institutional determination and ongoing commitment to effectively deliver justice — a cornerstone of Guatemala’s continuum to democracy.

« A Partnership Connecting Space to Village
Talking About Parrots on Talk Like a Pirate Day »
Categories: Latin America and the Caribbean · USAID