A Partnership Connecting Space to Village 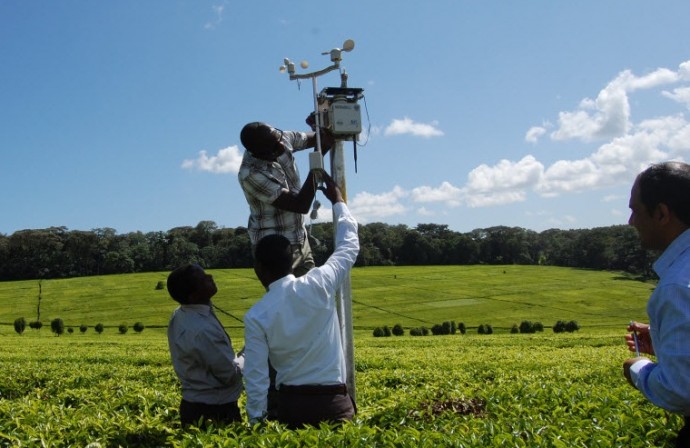 NASA and USAID use imagery and data collected by satellite to help stakeholders address issues like climate change through SERVIR program. / SERVIR

NASA is deeply committed to Earth science and the value it provides people around the globe.  We have been since our founding. It was my pleasure to attend the launch of the newest SERVIR hub — SERVIR-Mekong — in Thailand just a couple of weeks ago. Today, I joined hundreds of colleagues from our partner, USAID, and from around the world for a Town Hall about SERVIR and the impact of our global collaborations in Earth observation.

NASA and USAID have accomplished a lot together. Launch of this important new hub in the SERVIR network, which includes SERVIR-Himalaya, SERVIR-Eastern and Southern Africa and the Applied Sciences Team projects in Mesoamerica, is certainly tangible proof that what we’re doing is working.

We get a lot of questions about our Earth observation work at NASA.  In fact, a lot of people aren’t even aware that it’s such a core function of the agency.  But make no mistake, NASA is deeply committed to Earth science and the value it provides people around the globe.  We have been since our founding.

The more the SERVIR network and other partnerships expand, the more opportunities we have to test and showcase our newest Earth observation satellites. Missions like Global Precipitation Measurement (GPM), Soil Moisture Active Passive (SMAP) and others are now returning massive amounts of data and more Earth science missions are on the way. 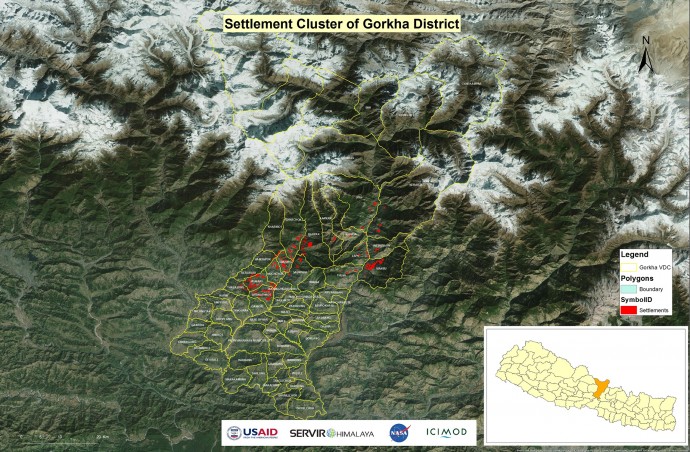 Satellite images created by SERVIR, like the one above, were helpful tools in the disaster response effort in Nepal this year. / SERVIR/ICIMOD

I am also pleased that we are finding new ways to bring NASA’s science to meet USAID’s development objectives. We are excited that our scientists are being connected with international scientists to combine those people’s local knowledge with NASA’s Earth system science studies through USAID’s Partnership for Enhanced Engagement in Research, or PEER program. Twelve of our scientists now work with USAID-funded international collaborators to harness their collective knowledge for the benefit of development.

Our partnership between NASA and USAID allows us to work together to bring space to village. Moreover, it also is bringing “village to space” as NASA has learned new USAID terminology such as “results framework”, “indicators”, and “theory of change” – terms that are more than just words, but help benchmark impacts and ensure the successful outcome of our activities. Together, our agencies have worked in 4 regions and 37 countries, developed 62 tailored decision support tools using Earth observations, increased the capacity of over 300 institutions, enabled 120 university fellows from 24 countries, and trained over 2000 people.

The International Space Station also is becoming a platform for Earth observation. There’s the ISERV test bed camera used by SERVIR end users, for instance which has acquired more than 140,000 images of across 6 continents to support response to floods, wildfires, tropical storms, and other extreme events around the world. Other instruments aboard the Station, including RapidScat to monitor ocean winds and the Cloud-Aerosol Transport System (CATS) to measure clouds and pollution, also are contributing to the wealth of Earth science data available to the public and to decision-makers like those SERVIR serves.

Satellite images created by SERVIR, like the one above, were helpful tools in the disaster response effort in Nepal this year. / SERVIR/ICIMOD

Together with our partners at USAID, we are all contributing to the effort to help bring our space-based science down to Earth for real time, real world applications that are changing the lives of people where they live.

The demand-driven approach of SERVIR is unique in the space world. The network is responsive and engaged and developing the demand-driven tools that are going to have the most impact for a specific region. I never doubted that there was a hunger for more information and ways for people everywhere to make a difference in their home regions, but the tools that SERVIR has provided have really started something special.

Just as the Space Station has become a model of international cooperation among nations who have many differences, so has SERVIR become a network not just of hubs, but also of regions and people.

I can’t think of anything more gratifying to demonstrate why our space program is vital to everyone on this planet.