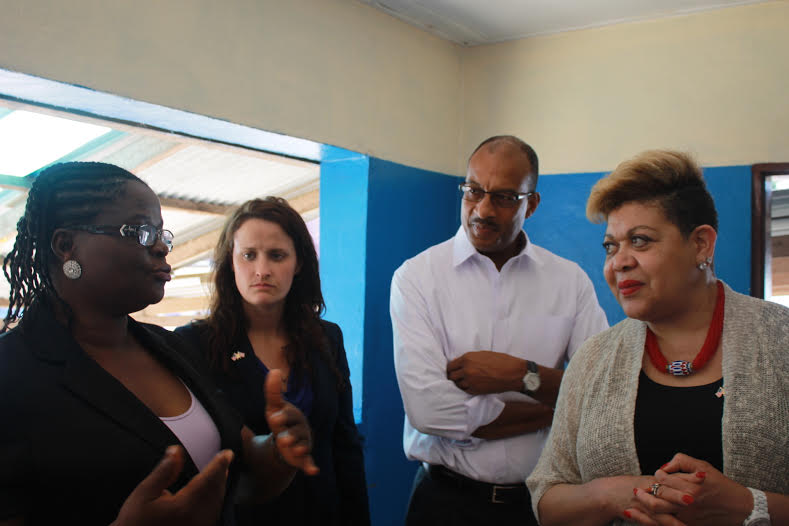 In this Q&A series, we are profiling the experts who have worked tirelessly to stop the spread of the deadly Ebola virus in West Africa and are helping societies rebuild and strengthen health systems in the aftermath of the outbreak.

Denise Rollins, the senior coordinator of the Africa Ebola Unit, has worked at USAID for 28 years. She rejoined USAID in March after retiring last October because she felt a tremendous commitment to help those in need. She is USAID’s liaison coordinating with other U.S. Government agencies to help West African countries strengthen their ability to respond to future disasters.

What will the legacy of Ebola be in the countries affected by it?

Ebola has changed the lives of those affected by the virus and those who helped fight the disease. Ebola has left behind pain, sadness and death; we cannot keep our heads in the sand knowing what we now know about the disease.

However, as these countries get to and remain at zero, the international community will help build more enduring social and economic systems that will allow the countries to handle not only Ebola, but other infectious diseases, as well. We will once again see progress in health, agriculture, education and the overall economy. While Ebola leaves a legacy of caution and preparedness, it also gives us a future based on hope and resilience.

In July, USAID and other donor partners and governments gathered at the International Ebola Recovery Conference held at the UN. What are your thoughts on the conference?

The conference was a platform for representatives of Guinea, Liberia, Sierra Leone and the Mano River Union to outline their recovery strategies, and for the UN to foster a dialogue between the African countries and the donor community about recovery priorities and expectations.

Donors then pledged an unprecedented $3.4 billion in new funding, with the United States pledging $266 million, in addition to the $1.8 billion already provided for the response efforts. This brings the total pledged for response and recovery to more than $5.2 billion from the donor community.

This was a great step forward in a global call to action that will lead to the creation of more resilient societies in Africa.

What made the Ebola crisis different from past health crises?

The large number of people dying, the rapid spread of the virus, and an initial inability to treat patients made this crisis different. In terms of geography, Ebola reached bustling capitals and heavily populated cities, leading to a faster rate of transmission. Misunderstandings and lack of information about the disease also increased fear and panic, causing some victims to avoid reporting their illness. We have never seen a humanitarian public health crisis quite like this one.

What role has communications played in controlling Ebola? 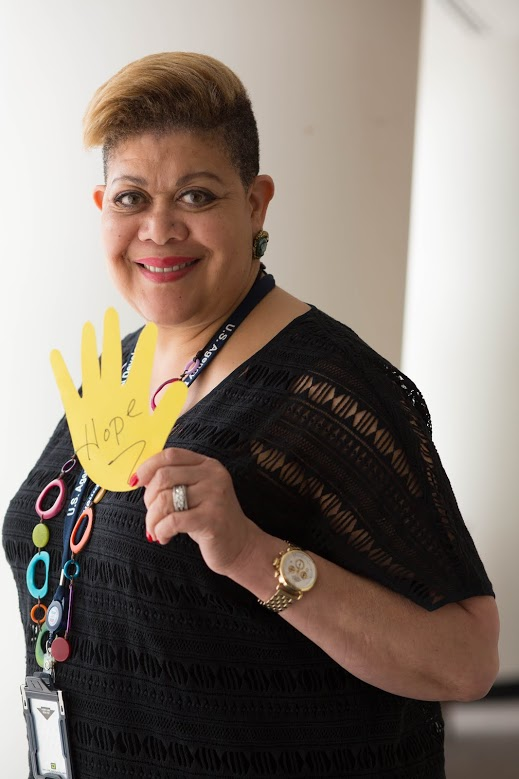 Denise Rollins retired last October after working at USAID for 28 years, but when asked to return as senior coordinator for the Africa Ebola Unit, she said “yes” without hesitation. “I knew this was the right position for me,” she said. / Ellie Van Houtte, USAID

Due to pre-existing issues with digital and communications infrastructure, it was hard to share information about the disease during the crisis. It was difficult to control the outbreak without accurate and timely information to detect Ebola, trace contacts of people who were infected, organize patients’ transport to treatment centers, and coordinate teams to conduct safe burials. Poor information hampered our ability to understand where the outbreak was occurring.

In Liberia, USAID sent a data logistician to serve on the Disaster Assistance Response Team to develop a better data sharing platform. He helped significantly reduce the time it took to get information from outlying areas to the capital. USAID is working with all three countries on improving data and communication technologies.

We are also strengthening public and private partnerships to bring low-cost Internet and mobile phone service to urban and lower-income, rural settings.

How are we helping to strengthen governance?

USAID is expanding the roles of community groups, NGOs and civil society to manage the effects of Ebola and more effectively work with the government to improve the quality of public services.

Interest in Ebola has been declining as the situation improves. Why are our response efforts still important?

The focus of the response continues to be ending the Ebola epidemic. While there is Ebola in West Africa, nothing prevents it from entering the United States, so this is a matter of national security.

In terms of the countries themselves, Ebola quickly damaged weak institutions, disrupted vulnerable communities and stymied health systems’ ability to address other infectious diseases or basic health care. We strive to rebuild and strengthen health systems there to enable societies to fend off future threats, while making sure those who’ve experienced setbacks can return to a path of prosperity.

These efforts are core to USAID’s mission to end extreme poverty and promote resilient, democratic societies.

Amid the Ebola crisis, many stories have emerged describing heroic aid efforts and acts of bravery. What stories touched you most?

Access to education and the preservation of arts and culture are important to me, so I was heartened to hear stories of children in Sierra Leone eagerly tuning in to an education radio program; of an American artist who stuck photos of smiling health workers on their protective suits so patients could see who was underneath the mask; of actors, taxi drivers, traditional leaders and musicians working together to raise awareness and stop Ebola.