Posted by Alfonso E. Lenhardt on Tuesday, May 5th 2015

Military personnel unload USAID emergency supplies to be distributed to those in need in hard-hit areas following the magnitude 7.8 earthquake that devastated Nepal on April 25. / Kashish Das Shrestha for USAID

During my brief trip to Nepal, I witnessed firsthand the strength and courage of the Nepali people. From rescuing family and friends in the immediate aftermath of the April 25 earthquake, to sharing food and water with neighbors, the Nepali people are a model of how communities can work together in the face of tremendous loss and devastation.

The United States has stood by Nepal for more than 60 years, and USAID is working shoulder-to-shoulder with the Nepali people as part of an international relief effort. 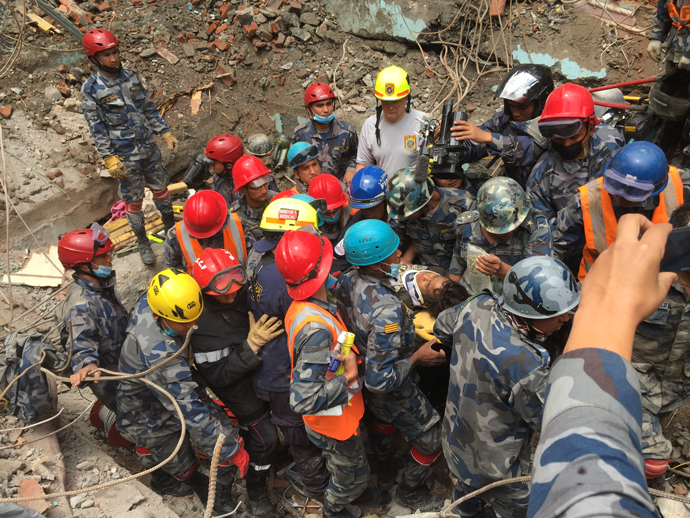 USAID deployed a Disaster Assistance Response Team (DART) hours after the earthquake struck to help in the search for survivors and coordinate the U.S. response to the disaster. Last week, five days after the earthquake struck, we all saw the amazing footage of the DART team saving a 15-year-old boy trapped under the rubble of a collapsed building.

Families in hard to reach places are already receiving assistance, including those in the worst-hit areas like Sindhupalchowk — a district where the earthquake destroyed 90 percent of homes. When I visited, I saw teams distributing emergency shelter materials that USAID airlifted to the region. Thousands of additional rolls of plastic sheeting are expected to arrive this week.

With the monsoon season fast approaching, international aid groups must work quickly. In the coming days and weeks, USAID and partner organizations will ramp up assistance with a focus on providing emergency shelter to those in need.

We have a key partner in the U.S. military, which has deployed personnel and five aircraft that will support the delivery of critical commodities to remote villages. To date, the U.S. military has flown four missions to transport emergency shelter kits to a region 100 miles east of Kathmandu. USAID is also in the process of airlifting critical medical supplies to help 40,000 people for three months. Our DART will continue aerial assessments of remote, earthquake-affected areas to make sure supplies continue to reach those in need.

More than a week after the earthquake, the Nepal government is shifting response efforts from rescuing survivors to relief and recovery. International foreign rescue teams are starting to leave the country. The DART is demobilizing its urban search-and-rescue teams, preparing for their return to Virginia and California.

The road to recovery will be long, but rest assured, Nepal will not walk that road alone. The people of Nepal have a longstanding partner in the United States, and we will stand with them as they recover and rebuild from this disaster. 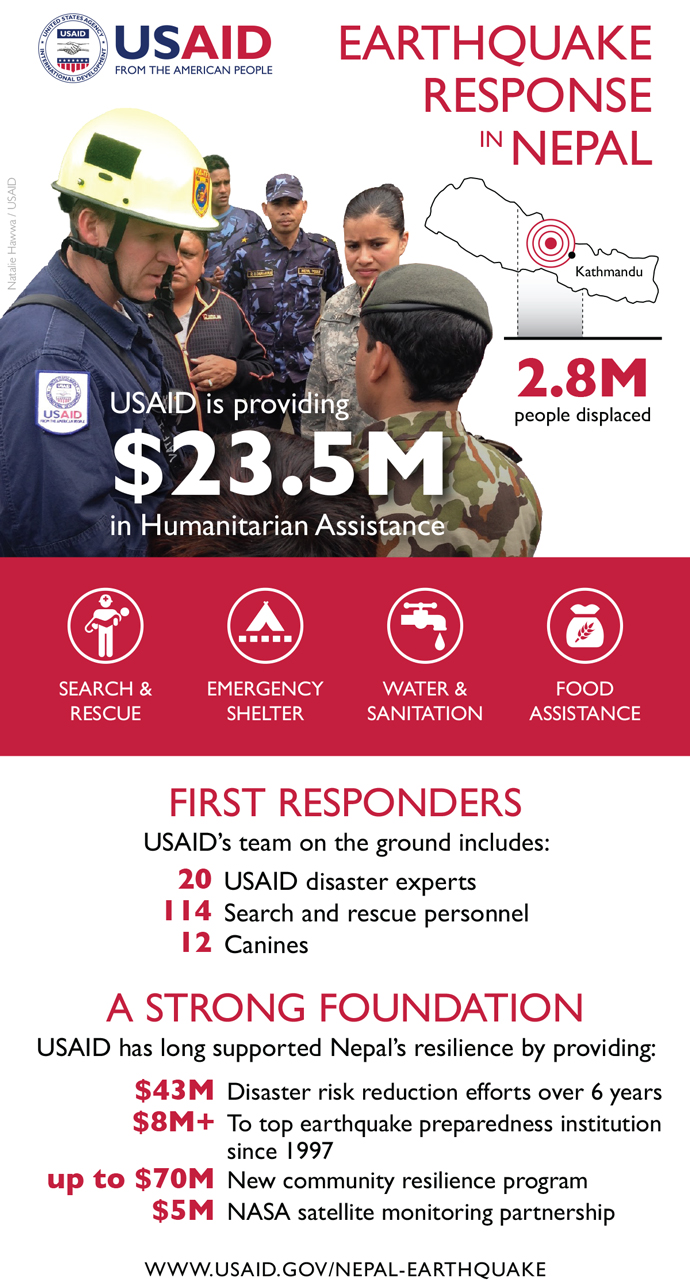