Riding the Growth Bubble in an Increasingly Urban World

Posted by Charles Setchell on Wednesday, May 6th 2015

Did you know that more than half the world now lives in urban areas? And that in the next several decades nearly all population growth will be in urban areas? That’s equal to about 1.4 billion additional urban residents in developing countries from 2010-2030 alone—equivalent to a city the size of Chicago emerging every two weeks for the next 20 years. It doesn’t just stop there, either: The growth bubble gets even bigger after 2030.

To make matters worse, more and more urban residents are living in squalid, hazard-prone, unhealthy and crime-riddled environments, leaving them highly vulnerable to the devastating impacts of natural disasters. The living conditions depicted in films such as Slumdog Millionaire and the image below are everyday life for nearly one in six human beings on the planet. By 2030, it will be reality for nearly one in four. 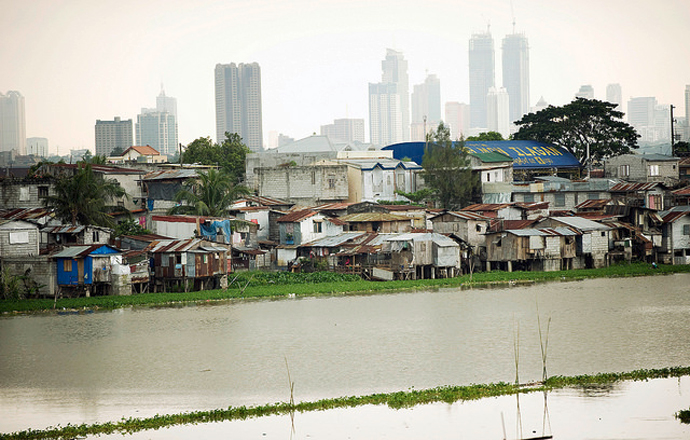 The recent earthquake in Nepal, and its impacts on the capital Kathmandu, has laid bare the challenges of governance in the rapidly growing cities of developing countries, particularly with regard to urban planning and management. The risks and vulnerabilities of living in urban conditions like these are only exacerbated during crises. Additionally, the fastest urbanization is taking place in developing countries, which are already disaster-prone. This is why now, more than ever, we must take into consideration the rapidly growing urban bubble before us.

In the past, most plans to manage urban growth and reduce poverty were aspirational–or even inspirational–but almost never operational in terms of actually helping urban communities affected by disasters and crises. Acknowledging this and looking forward, we must focus on creating resilient living conditions in urban areas that are capable of withstanding the subsequent shocks of a disaster. 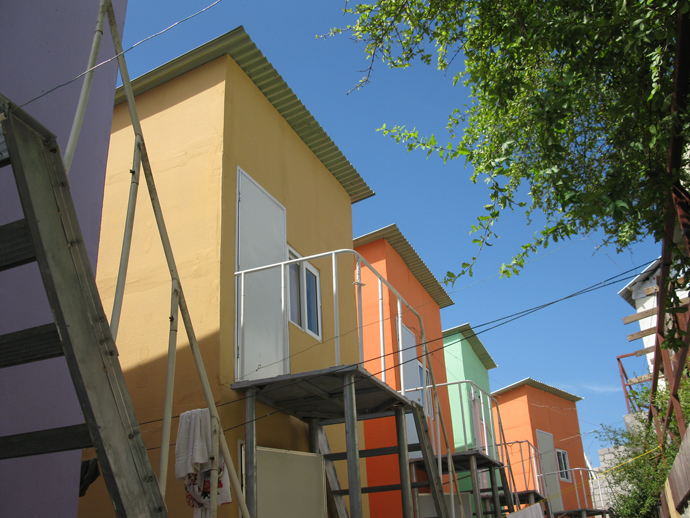 Take for example Haiti, where in 2010 a magnitude 7.0 earthquake rocked the city of Port-au-Prince, killing over 200,000 people and displacing 1.5 million more. The Ravine Pintade neighborhood was one of the hardest hit areas—nearly two-thirds of the 1,000 families living in the area were instantly made homeless. In the wake of this tragedy, USAID worked with the local community and partners, Project Concern International and Global Communities, to build back safer shelters and neighborhoods.

Ravine Pintade now has a range of disaster-resistant shelters, including what is thought to be the humanitarian community’s first-ever two-story shelters, 8,000 feet of drainage pipes, and improved access to clean water through water kiosks and rainwater harvesting systems for bathing and washing. With these risk reduction measures, Ravine Pintade is serving as a model of how to “Build Back Safer.”

Our work in hazard-prone urban areas reflects the lessons learned in Ravine Pintade. In Mixco, Guatemala, USAID and partners worked to develop the “Barrio Mio” (My Barrio) project, featuring neighborhood-level pre-disaster planning to address natural hazards and socioeconomic vulnerabilities. Thanks to that project, Mixco ended up with reconfigured neighborhoods that created a safer living space

If both humanitarian and development actors engage now and continue to work together toward operational solutions like these, then we can improve resilient living conditions in urban areas that will better withstand the shocks of future crises. We must manage the rising humanitarian risks in areas with rapid, unplanned urbanization and ensure that our humanitarian responses account for the challenges of rapid urban growth. The next time a disaster hits a densely populated city, this will ultimately help us save lives and reduce suffering.

Now is the time to make effective change and get ahead of the expanding global urban growth bubble. It is critical that the places where more and more of our species choose to live – cities – become better able to withstand the shocks of disasters and crises — making them better, safer places to live.